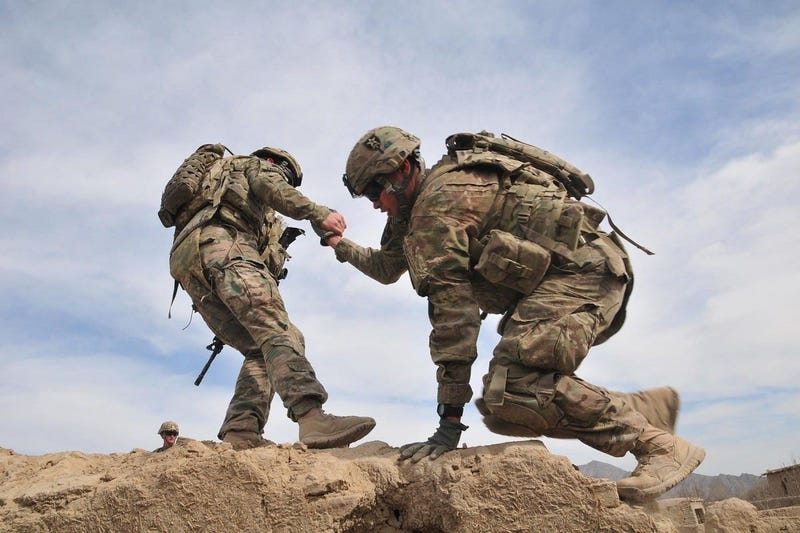 WASHINGTON -- The Army has not lost a single active-duty Soldier to the COVID-19 pandemic, the service’s top uniformed leader said Thursday. But the restrictions following the virus’ onset may have affected the mental health of some Soldiers.

The Army reported that the active-duty suicide rate has risen in 2020, following the implementation of stay-at-home restrictions in March.

The Army’s senior leaders have met each month to address suicide prevention and how to mitigate cases.

Chief of Staff Gen. James C. McConville cited suicides as one of the three most difficult issues currently faced by the Army. The other two are sexual harassment/assault and extremism. McConville called suicides the “hardest” problem to solve among the three.

“One of my biggest concerns is that we have young men and women who think things have gotten so bad that they don't want to live,” McConville told Soldiers from his Pentagon office during a livestream of the 2020 Army Fires Conference. “All of us go through adversity in life. And all of us need a helping hand. All of us fail. When people fail, you've got to be there for them.”

Numbers began to increase in the last quarter of 2019 through the third quarter of 2020, and continued to increase since the pandemic’s onset, said James A. Helis, head of the Army Resilience Directorate. He added that neither the National Guard nor the Army Reserve have seen a significant change in suicide numbers.

“We don't know what is causing this persistent rise. We can say that it's been recognized by Army leadership at all echelons,” Helis said. “Army leadership is committed to solving and addressing this problem.”

McConville said responsibility falls upon each Soldier to recognize suicide warning signs. Among them are financial problems and a lack of interest in work tasks.

Army leaders cannot definitively attribute COVID-19 as the reason for the spike, but acknowledge the timeline coincides with the pandemic’s spread. Even in the midst of a pandemic that McConville said he does not expect to end any time soon, Soldiers still must be tasked for missions and deployments as well as attend training.

Soldiers with Families also had to cope with the loss of childcare for a period of time and many had to assist their children with remote schoolwork. The combined factors of pandemic restrictions and uncertainty while meeting duty standards could lead to added stress, Helis said.

“All of those things can amplify risks for behavioral health issues and potentially risks for death by suicide,” he said. “So, we know that there was an increased strain on the force.”

McConville said he learned about a sergeant major who recently rescued a sergeant first class from suicide by intervening at the right time. The general urged Soldiers to follow the sergeant major’s example by stepping in when they suspect a colleague may be considering taking their own life.

Soldiers must find strength by leaning on fellow unit members and dealing with adversity as a group, McConville said.

When the pandemic began, the Army had many Soldiers telework for the first time and restrictions separated many from their units, which could have led to feelings of isolation. Army leaders encouraged Soldiers to have face-to-face meetings while still meeting safety requirements to assess warning signs of suicide or depression. And if Soldiers cannot meet in person they can host teleconferences that allow supervisors to assess the well-being of their troops.

“That’s been a point of emphasis: that physical, face-to-face, interpersonal interaction with your Soldiers,” Helis said. “There's virtual means where you can lay eyes on somebody. You just have to be creative, but also have to be diligent in finding those opportunities.”

Soldiers with suicidal thoughts can seek help by calling the Military Crisis Line at 1-800-273-8255.

Soldiers can also contact their post’s military health clinic, their supervisor or their unit chaplain.

Soldiers can overcome fear from failure in their military careers or home life with the support of their squads in the Army or in life, said Sgt. Maj. of the Army Michael A. Grinston.

“Don’t be afraid to go through tough times,” Grinston said during the conference Wednesday. “It’s going to make us stronger.”

Grinston said during his first weekend of active duty at what is now Joint Base Lewis-McChord, Washington, fellow Soldiers invited him and others living in the barracks to go skiing in the mountains. He said he could count on his fellow Soldiers to uplift him and said that today’s Soldiers should do the same.

“That's the value of life,” he said. “And it's not what I want or what I don't have. It's what I have right in front of me. And every day, it's there. We just have to sometimes show each other what it means to be alive.”