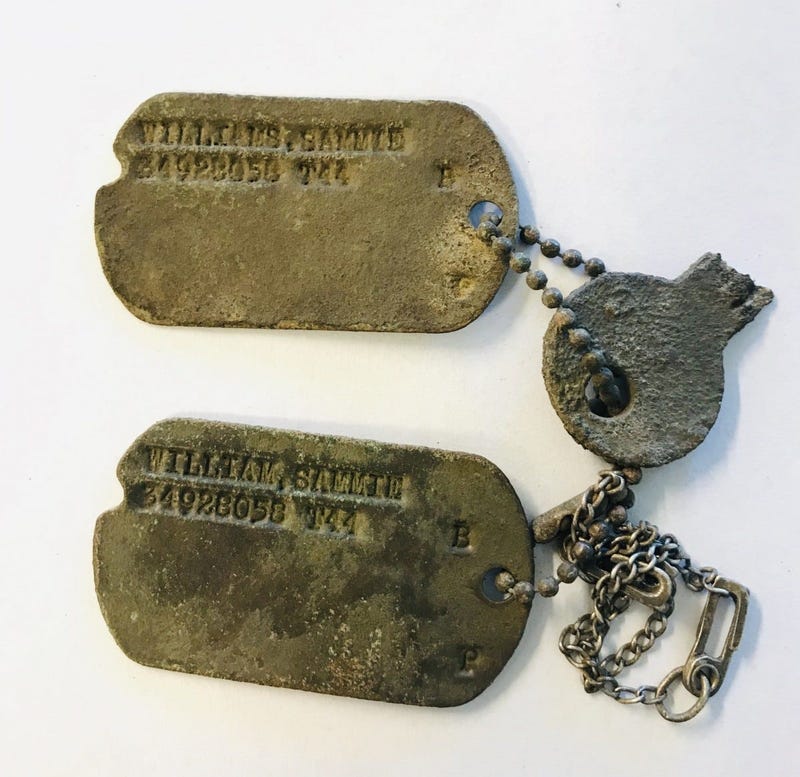 WIESBADEN, Germany – Local German Simon Krieger-Pleus discovered a pair of World War II U.S. military identification tags during a nature walk through the prominent trails in July. As the eldest son of the Krieger-Pleus family approached the object, “the silver chain could be seen on the surface and then was dug up,” he said.

Krieger-Pleus knew it was a U.S. dog tag and that, “it was a very personal and a special treasure. He didn’t want to withhold this from the Soldier's Family,” said his mother, Petra.

Through extensive research, it was found that Pvt. Sammie Lee Williams, at the age of 22, enlisted on March 14, 1944, and found himself deploying from Fort Benning, Georgia, to Germany in a time of war. Williams survived, returned to the U.S. and lived to be 81.

Sept. 2 marks the 75th commemoration of the end of World War II.

American armed forces have been present in Wiesbaden since World War II. In that time, Americans and Germans have united in partnership, friendships and even marriages, truly representing the garrison’s motto of Wiesbaden: Our Home in Germany.

The Krieger-Pleus family was naturally curious of the WWII “notched” tags and were relieved to learn that Williams did not perish in the war but lived a long life.

Wiesbaden is now home to U.S. Army Europe Headquarters and as coordination continues with Williams’ family, his dog tags and Army Serial Number #34992452 will proudly sit in the USAREUR Mission Command Center museum.