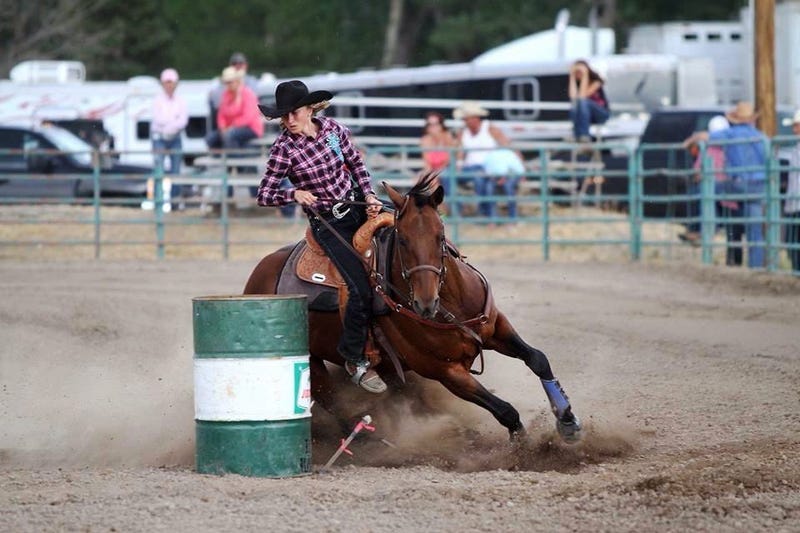 Marine Corps Sgt. Ashtyn Hammer grew up on the back of a horse.

Now she spends her days riding and caring for them, as a member of the Marine Corps Mounted Color Guard — the only remaining mounted color guard in the Corps.

How does it feel to be a member of the last mounted color guard in the Marine Corps?

It's such an incredible opportunity, and I'm so grateful to be able to represent the Marine Corps in a way that's incredibly special to me. I grew up on the back of a horse, so being able to ride horses while in the signature dress blue uniform is like a dream come true. I'm honored to be one of the few Marines that get the prestigious honor to be a part of the team and present the colors while on horseback. 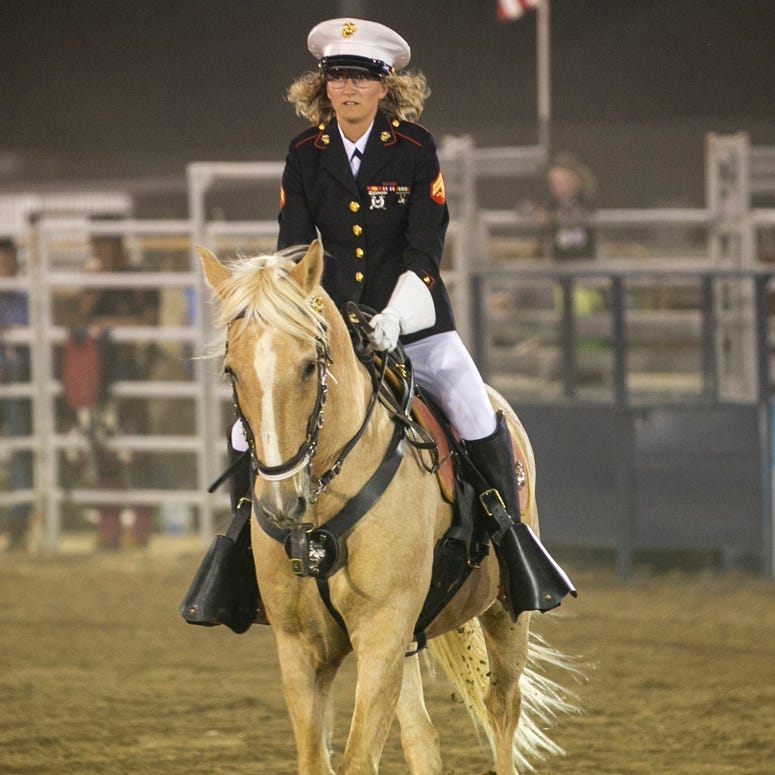 What's it like going from working on attack helicopters to working with horses?

Working on attack helicopters was a challenging, yet rewarding field. Working with horses has its own unique challenges. It's just as rewarding and is very dear to my heart. It's super cool to me that I went from working on some of the best warfighting technology and equipment we have today to working with what was considered the peak of maneuver warfare [horses] from over a hundred years ago.

How do people react when they see the mounted color guard?

Well, as someone who has seen them in action as a civilian  — from before my time in the Marine Corps — it is a mesmerizing experience. I was competing at the [Colorado Professional Rodeo Association] finals in Grand Junction, Colorado, when I saw them. Everyone was transfixed on their every move as they entered the arena. Before the announcer could even ask people to stand for the national anthem, everyone was already standing, hats removed and hands over their hearts. You could hear each step the four palomino mustangs took ... [as they] headed to the center of the arena. After the national anthem played, the mounted color guard started to exit the arena with every eye still on them, showing every ounce of respect with hats still removed until they were completely out of the arena. It is still one of my favorite memories, and I believe that those people who get to witness the Marine Corps' last remaining mounted color guard have experienced similar moments.

What do you hope to accomplish with the mounted color guard?

Coming from a unit that not many people had heard of, I want to help broaden the public's knowledge. ... The mounted color guard is an incredible recruiting tool that has limitless potential, which I look forward to expanding. I believe the mounted color guard is one of the best ways to interact with the public and create phenomenal relationships and connections with prominent members of the community throughout the United States. I just hope that I can have a small part in getting the word out that such a special unit exists. I can't wait to come to a town near you.

Getting to know the dog behind the handler