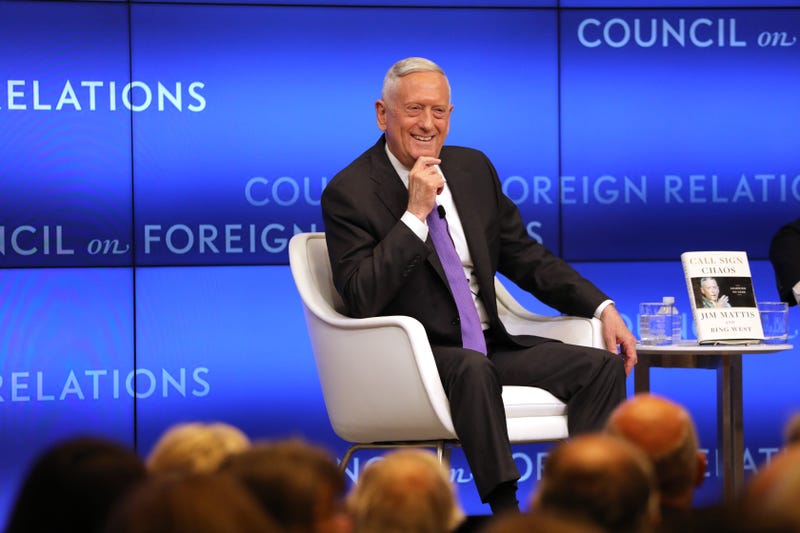 Since resigning as Secretary of Defense, James Mattis has declined to comment or criticize President Trump in interview after interview, until now. From his point of view, criticizing a sitting President from his position would be unfair to the many bureaucrats still on the inside who serve America each and every day. In his newly released memoir, Mattis wrote, "I don't write about sitting Presidents," and that, "We all know that we are better than our current politics."  In a country divided, Mattis has attempted to take the high road.

Then his hold my beer moment came last night at the Alfred E. Smith dinner. The dinner is an annual white-tie event used to raise money for various Catholic charities in New York City. This year, Mattis was invited to give the keynote address.

But Mattis had more shade to throw just a moment later saying, "I earned my spurs on the battlefield...and Donald Trump earned his spurs in a letter from a doctor." The joke was a jab at President Trump's deferment from being drafted and serving in the Vietnam War.

"It's been a year since I left the administration, the recovery process is going well," Mattis said in a joking reference to his resignation as Secretary of Defense. When President Trump announced that he wanted all American soldiers immediately withdrawn from Syria, Mattis resigned in protest. The withdrawal was delayed, but the same order was given this month. In response, neighboring Turkey interpreted this as de facto permission to initiate their long-planned invasion into Northern Syria where the American soldiers had until recently been partnered with Kurdish forces.

As Mattis' speech went on, he took a more serious tone.  "We owe a debt to all of those who fought for liberty, including those who tonight serve in the four corners of our planet among them the American men and women supporting our Kurdish allies."