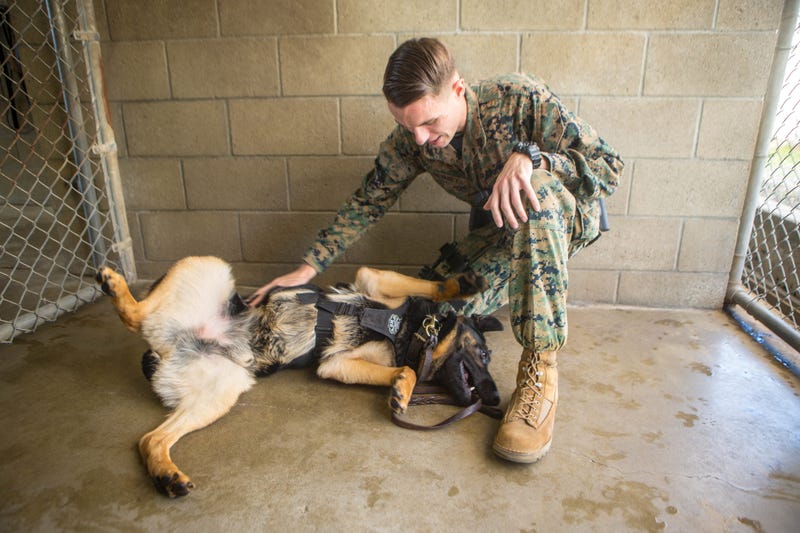 Camp Pendleton, California - Imagine putting your life into the paws of a Labrador retriever or German shepherd. Would you feel safe?

For many Marines, this becomes their reality when deployed to a combat zone. German shepherds and Labrador retrievers are specially trained for drug detection, suspect apprehension, and explosive detection.

“I would most definitely, 100 percent, put my life in his paws,” Devaney said. “I’m just glad that he is here with me.” 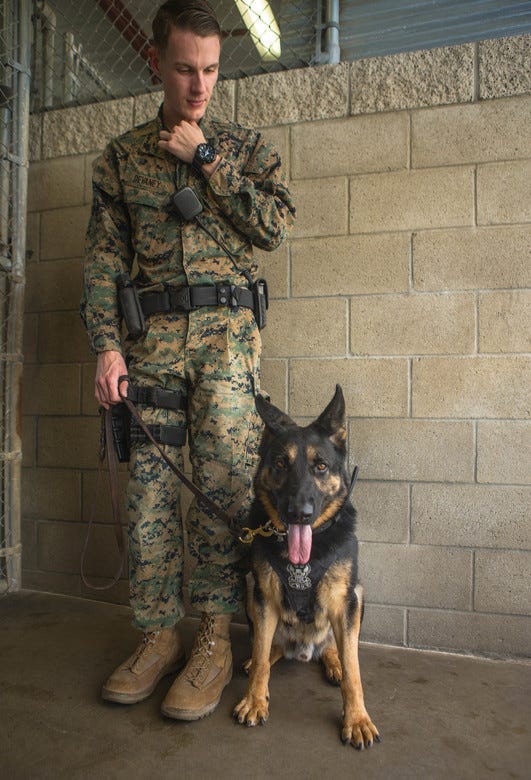 Don’s training started when he was just 6 months old at Lackland Air Force base in Bexar, Texas. He made his way to Camp Pendleton at the age of 2 and was assigned to another Marine prior to being assigned to Devaney.

“You could see the adjusting from Don’s prior handler to me,” said Devaney. “There were adjustments that needed to be made on both of our parts. Knowing that we both had the same goal to protect the base and the people that reside on the base, we needed to create this bond between us.”

It is the handlers’ job to ensure that they are both ready at any time to deploy. Trust and understanding between the handler and the dog keeps the team and everyone around them safe.

“It was a lot of extra time on my part. Coming to the kennels on my off days or staying after work and just spending the time with him. Getting to know all of his quirks and understanding all of the pieces that make up his personality,” said Devaney. “Through this one on one time, Don learned my limitations too. Together we learned how to successfully achieve the mission.”

The first couple of months after a handler is assigned to a dog is crucial to their training. A handler is expected to spend roughly 50 hours a week with their dog developing a relationship. Beginning as a pup, the dogs are trained to listen to their handlers. The dog needs to trust and know the individual before they begin to listen to the commands given to them. Without the strong connection between the two, there is a hesitation on completing the mission.

“Don, he is kind of a weirdo. He has a lot of quirks and it took me some time to learn all of them,” said Devaney. “One of Don’s favorite things to do is chew on my boots when we’re spending time together. He is everything to me now and he is the drive that gets me out of bed in the morning.”

“For the Marine Corps, I believe that dogs are invaluable. They are so applicable in different situations,” said Devaney. “For our forward-deployed Marines, they are out there searching for IED’s, tracking and looking for high-value targets. When you pair a good dog and a good handler together, they’re unstoppable.”