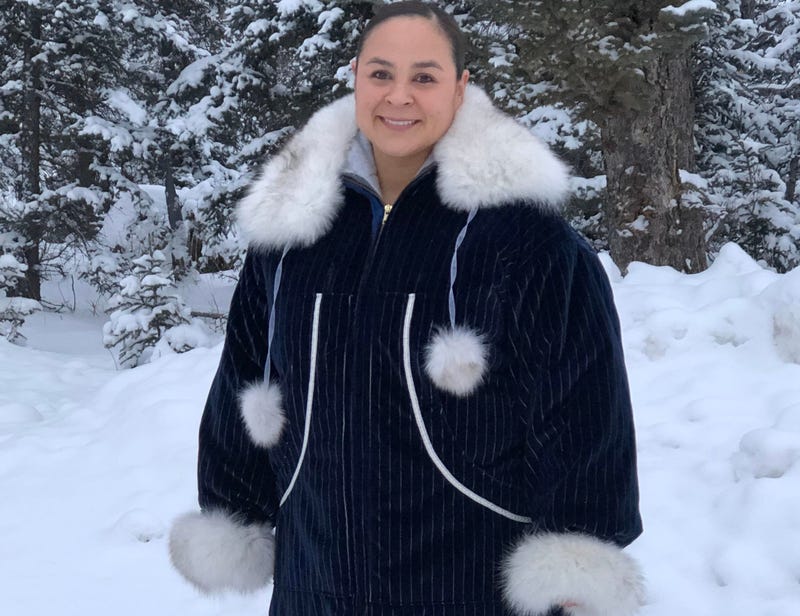 FORT GREELY, Alaska – Much of Alaska's native population is across great land swaths in some of the harshest and most challenging environments Alaska has to offer.

Located 400 miles northwest of Fairbanks and 20 miles north of the Arctic Circle is a small village in the Northwest Arctic Borough of Alaska called Noorvik, which means "A place to move to" in the native Inupiat tongue.

Noorvik, comprising a population of roughly 680 people, was not where Army Staff Sgt. Samantha Dehling wanted to stay.

"I always knew I wasn't going to stay in the villages; I wanted to live in the city," said Dehling, the supply sergeant for the 49th Missile Defense Battalion. "We had an Army National Guard recruiter come to our village and I was interested. I wanted to do more and see more."

Dehling enlisted in the Alaska Army National Guard in 2001 while attending Noorvik High School. A snow machine accident left her with a broken leg, which delayed her Army Basic Training after she graduated from high school in a class of 12. She healed and shipped off to Fort Jackson, South Carolina, a year later. She said it was an eye-opening experience.

"I didn't know there was more than one religion," she said. "My parents took me to Hawaii and the Seattle area on vacation when I was a kid. But it was always with family."

After basic training, she went to Fort Lee, Virginia, where she completed her advanced individual training as a logistician.

She returned home to Noorvik, qualified as a unit supply specialist. She would complete her required inactive duty training in Kotzebue's borough hub, which is the largest town in the region, accessible from her home only by bush plane or boat.

Throughout her career, she has served across Alaska, including in Anchorage, Juneau, and Fort Greely, where she has been since 2015. She first served at Fort Greely on a mobilization tour from 2004-2005 before there was a full-time Military Police presence here.

Dehling painted the picture of her early life in stark contrast to her young children's lives in Delta Junction, near Fort Greely.

"In Noorvik, subsistence is widely practiced. My kids aren't accustomed to that kind of diet," she said with a laugh describing her kids, 14, 10 and 4 years old. "I grew up on caribou. Imagine a rural place where you cannot practice agriculture or sustain livestock. So, we do a lot of hunting, berry picking and fishing to eat.

"All the families do it and then share with the elders. When boys are young, their first catch always goes to an elder," she said.

Dehling said that she is a Native Alaskan of Inupiat heritage and tries to embrace her culture and background, despite leaving the borough. Of all the things she inherited from her life and family in Noorvik, the Inupiat Ilitqusait – an edifying guidepost of values intended to balance the traditions of Inupiat culture with the modern world are the most resonant.

These values are instilled in all Inupiat people, Dehling explained. She likened them to the Army values and said they include: knowledge of the language, sharing, respect for others, cooperation, respect for elders, love for children, hard work, knowledge of family tree, avoidance of conflict, respect for nature, spirituality, humor, family roles, hunter success, domestic skills, humility, and responsibility to the tribe.

Dehling said she strives to inculcate these values in her children and the most important value to her is hard work. Her hometown may be far away and challenging to access, but her perspective on her upbringing has evolved.

"I see it differently now. I appreciate it more," Dehling said. "I want to take my boys back. A lot of my family asks for my boys during the fall so they can take them out hunting."

Dehling last visited home with her kids several years ago and said that they enjoyed the small village's relative freedom. "They loved it," she said. "Kids can just run free there. Everyone looks out for each other."

While there are differences, she sees similarities between Noorvik and her adopted community in Delta Junction.

"It's a good community here. They help each other out," she said. "Almost a bit like home."