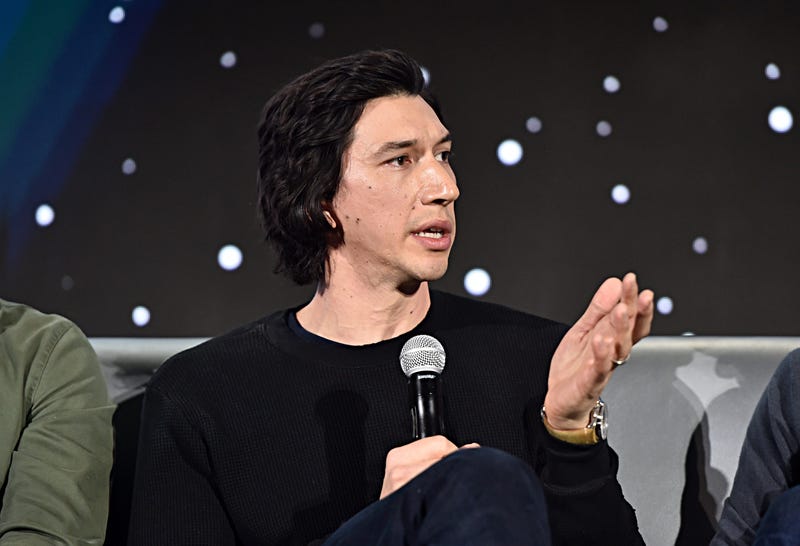 Audiences the world over know who Kylo Ren is, the angst-filled antagonist of the recent Star Wars films but the actor who portrays him wasn't always destined for the silver screen. Before getting into acting school, Adam Driver served in the U.S. Marine Corps.

Driver has described how he grew up in Mishawaka, Indiana and had an interest in acting from a young age but really only got to experience it through school plays. As an angry teenager, not completely unlike the Star Wars villain he would later play, he attempted the ritualistic pilgrimage to Los Angeles to attempt to break through into Hollywood. "I got as far as Amarillo, Texas before my car broke down," Driver said in 2015. "I spent all my money repairing it and finally made it to Santa Monica, not even LA, stayed for 48 hours wandering the beach basically, got in my car, drove home, thus ending my acting career," he joked.

He was working a series of dead-end jobs when September 11th happened. Feeling a sense of duty, Driver joined the Marine Corps and found that he really loved the job.

"I found that I loved the Marine Corps the most for the thing I was looking for the least when I joined, for the people," He explained. "These weird dudes, a motley crew of characters from a cross-section of the United States."

As a young Marine, Driver was gearing up for a deployment to Iraq but was then involved in a mountain biking accident in which his sternum was dislocated. Not being able to deploy with his comrades was a tough pill to swallow and he was eventually medically discharged from the Marines due to his injury he said in a TED Talk.

Out on civvie street, he knew he wanted to take another stab at acting and applied to the Julliard School of acting for his second time. He was rejected the first time he applied prior to joining the military, but this time he got in. Transitioning from the Marine Corps to becoming a professional actor was more difficult than he had anticipated.

Instead of being an 81mm mortarman in the Marines he was now, "doing acting exercises where I gave birth to myself while my friends were serving overseas."

It took time for him to make the adjustment, but clearly he came to thrive in the acting community. In addition to playing Kylo Ren in three Star Wars films, he has a number of other television and movie credits to his name and was nominated for an Oscar in 2019 for his role in BlacKkKlansman. In 2020, he is rumored to be starring in a Sylvester Stallone film playing a quadruple amputee based on the real-life military memoir, Tough as They Come.
Want to get more connected to the stories and resources Connecting Vets has to offer? Click here to sign up for our weekly newsletter.
Reach Jack Murphy: jack@connectingvets.com or @JackMurphyRGR.