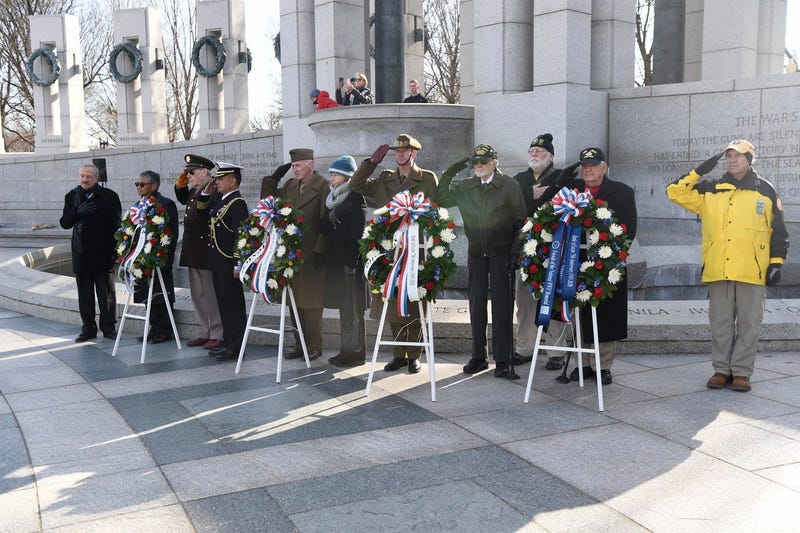 World War II veterans and military attachés from Australia and the Philippines commemorated the 75th anniversary of one of the bloodiest battles of World War II in the Pacific in Washington.

The Battle of Luzon took place on the largest island in the Philippines, which is where the nation's capital, Manila, is located. 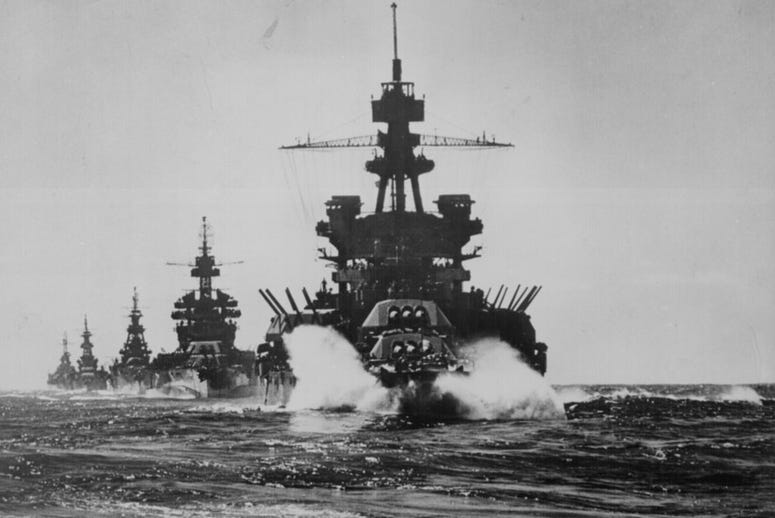 Jan Scruggs, the founder of the Vietnam Veterans Memorial, spoke during a ceremony at the National World War II Memorial.

The Battle of Luzon, Scruggs said, dealt a severe blow to the enemy forces and placed the Allies one step closer to total victory and ending the war. 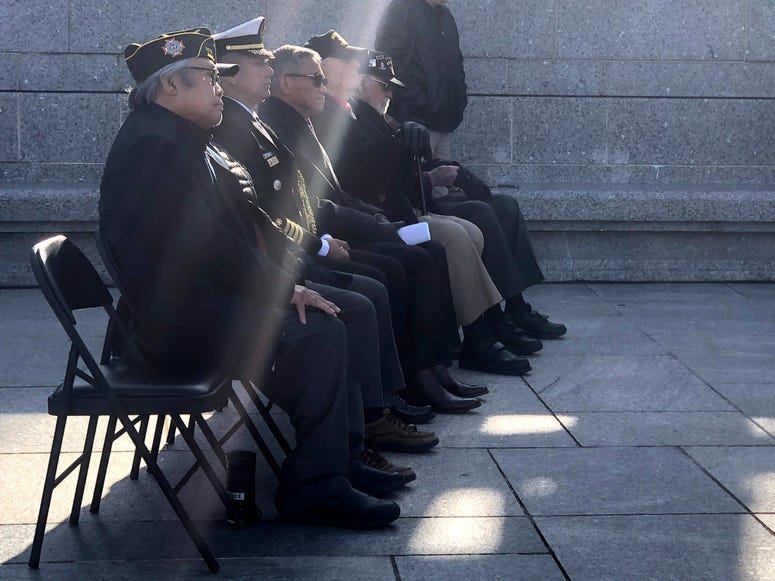 On April 9, 1942, Scruggs said, King surrendered to the Japanese at Bataan. About 75,000 U.S. and Philippine forces were part of that surrender. Later, as part of the Bataan Death March, thousands of them would die.

Less than a month later, Wainwright and about 10,000 soldiers also surrendered.

"General MacArthur made a promise," Scruggs said. "He said, 'I shall return,' and this is exactly what he did. Victory would come in 1945, after the long and bloody battle of Luzon."

On Jan. 9, 1945, 175,000 U.S. troops landed on Luzon and established a 20-mile beach head, Scruggs said. The Australians provided air and sea power to assist in the invasion. The Mexicans also provided air support to help in the liberation.

"Filipino and American troops fought back [and] took very heavy casualties, particularly when they moved into Manila and had to fight house to house at very close range and in difficult fighting," Scruggs said. "By May 1945, most of the fighting was over in the Philippines. There were some scattered Japanese units who actually fought until the end of the war and stayed deep in the jungle. But the liberation of Luzon avenged the harsh treatment and defeat of the island and achieved a major objective for the war in the Pacific."

As part of the Battle of Luzon, about 10,000 American service members gave their lives. The Japanese suffered about 200,000 combat deaths. Between 120,000 and 140,000 Filipino civilians and combatants were also killed, Scruggs said. 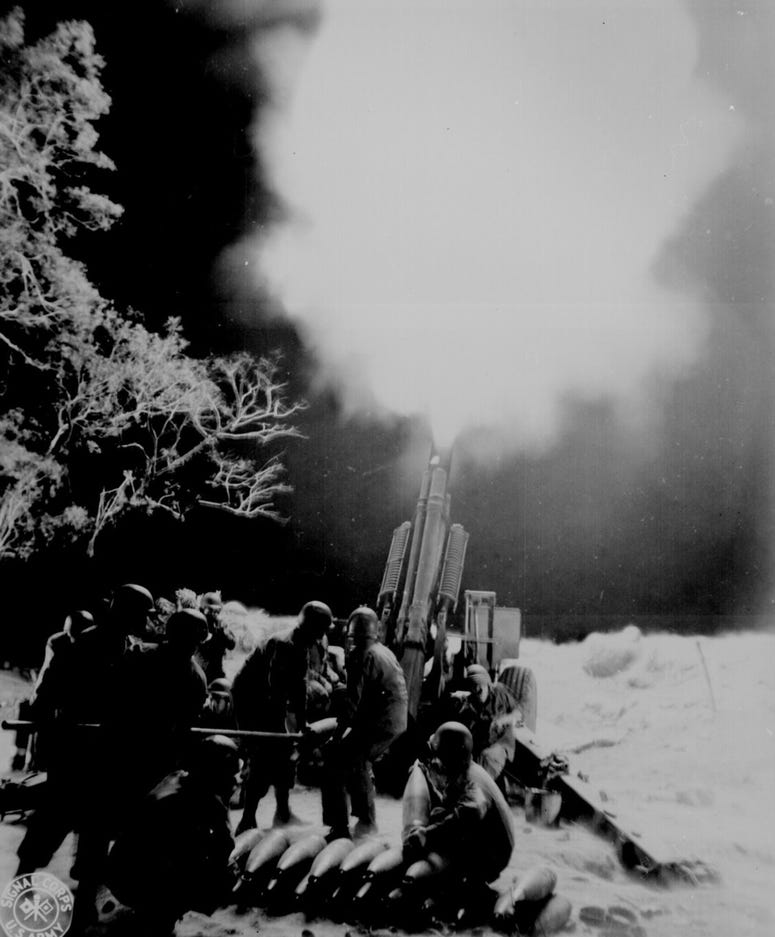 "Today we remember the brave soldiers who fought for freedom and to end World War II," he said.

Wreaths were laid at the National World War II Memorial in honor of  combatants from the United States, the Philippines, Mexico and Australia who fought at Luzon.

Ira Rigger of Cockeysville, Maryland, participated in the presentation of those wreaths. While he didn't participate in the Battle of Luzon, he said, he did serve in the Navy in the Pacific during World War II, and he provided construction support to that battle as a Navy Seabee.

Rigger joined the Navy in January 1943. His first assignment was to Guam. "We built a harbor there," he said. "The harbor that is used now to bring all the cruise ships in. When we got there, you couldn't even go in there with an outboard."

Later, he said, he was moved to Peleliu, an island about 1,000 miles southeast of Luzon. He said the island came to serve as a supply base to the Battle of Luzon. "It was used as a storage place, a supply base for the Philippines," Rigger said. "That was the idea of it. MacArthur wanted it. It cost 4,000 Marine lives. We built a way to get the supplies in. It was a canal, a channel." 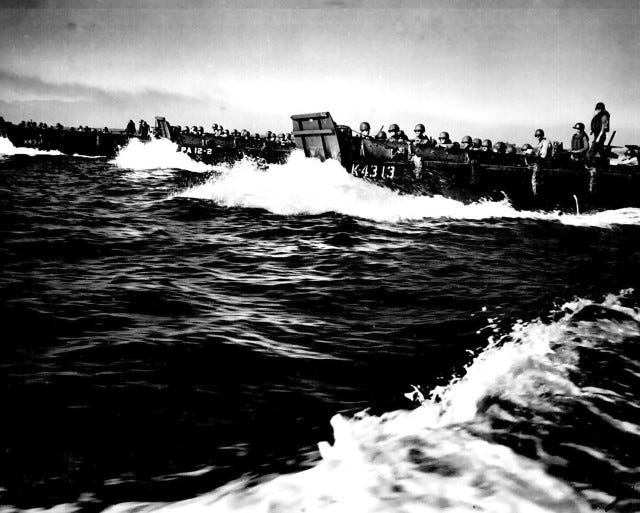 "I'm one of the very few people who have ever been underground at Iwo Jima," he said. "They were mining sulfur there. So Iwo Jima was actually a mine, not just an air base for the Japanese. They took the sulfur back to make gunpowder. I snuck down there one day when I didn't have anything else to do."

While he didn't fight the Japanese at Iwo Jima, he said, the Japanese fought him: "I had bullets come all around me — they just missed."