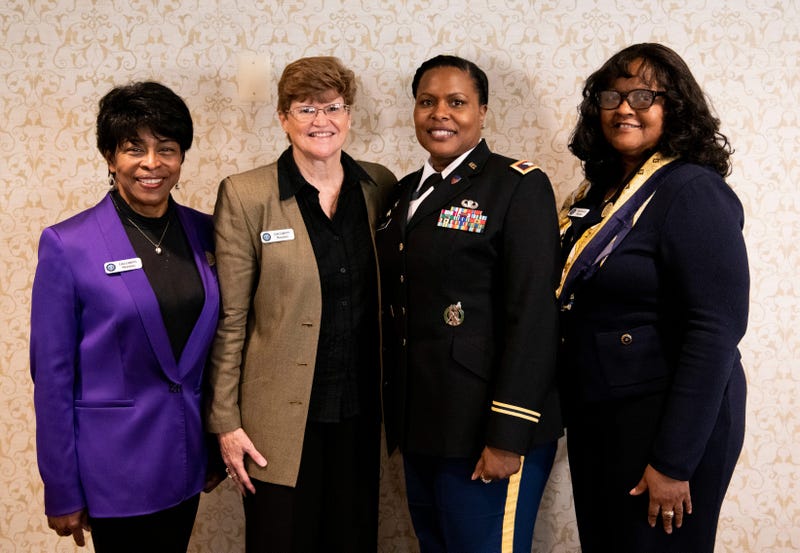 In 1975, then-President Gerald R. Ford signed Public Law 94-106 for women to be admitted to the all-male military colleges. The freshman class began in the summer of 1976 and graduated in spring 1980.

Three of those graduates remember the atmosphere well – something that has improved since they were surrounded by male upperclassmen's views, many of whom did not favor the idea of women in their previously all-male school. In Washington for a quarterly meeting of the Defense Advisory Committee on Women In the Services on which all three women serve, they spoke with DOD News about their ground-breaking experiences at the academies 40 years ago.

Also known as DACOWITS, the organization is one of the oldest Defense Department federal advisory committees. The committee comprises civilian women and men appointed by the secretary of defense to provide advice and recommendations on matters and policies relating to the recruitment, retention, employment, integration, well-being and treatment of servicewomen in the armed forces.

Here are their stories. 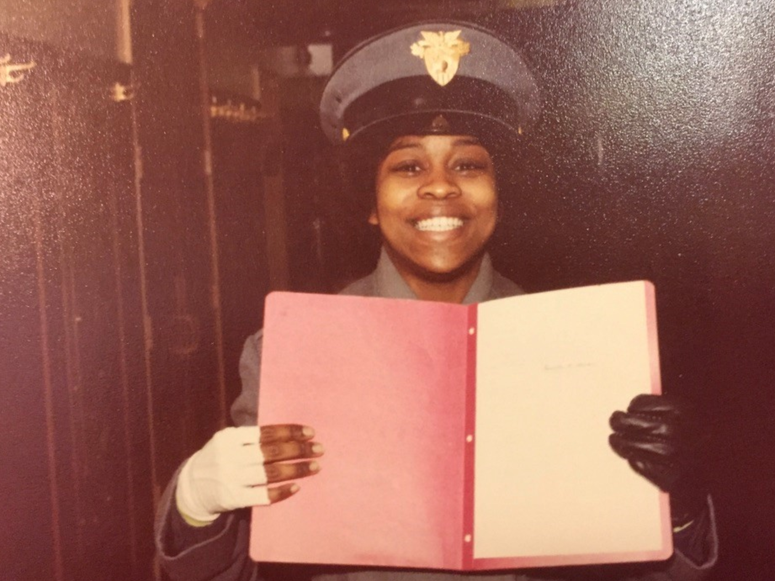 The Army communications specialist had no idea what she was getting into when her battalion commander asked her if she wanted to go to the U.S. Military Academy in West Point, New York.

Stationed at Fort Polk, Louisiana, in 1976, now-retired Army Maj. Pat Locke had never heard of West Point, she said. But when she learned she could get a college degree, the Detroit-born woman packed her belongings in a duffel bag and drove to the school the following day.

She laughs now, remembering when she told herself, '''How bad could it be?'''

Little did she know she would become a member of a college that separated people into ''males,'' and ''non-males.'' Her class started with 119 women, and 62 graduated.

Locke also became the first Black woman to become a Military Academy graduate by order of merit in her 1980 class. Today, graduates are listed alphabetically, rather than by merit, she explained.

She said that being from Detroit, she spoke differently and had to fight a language barrier. ''Very few people could understand what I was saying, so that was a problem for me,'' she said. ''That was the biggest thing I had to overcome.''

And being at what had been an all-white-male school, she had to make an adjustment check. ''I had to check my attitude because I said that no matter what, I'm not leaving,'' she said.

Locke said she was inspired to go to West Point by the battalion commander who first approached her about West Point, and that she probably would not have pursued a college degree otherwise.

In her second year at the academy, she got help from a tactical officer who was a native New Yorker, to whom she could relate, she said. ''That's when I got a little more confidence in myself and I'd learned to speak a little bit better,'' she recalled.

Locke joked about probably forgetting any math she'd learned in high school, and she said her math professors pushed her. ''I felt like I learned five years of math in one year,'' she said. ''I passed, and a lot of people were getting kicked out left and right.'' Today, she tutors math for high school students who aspire to go to the Military Academy and are preparing for their SAT and ACT exams.

But in addition to teaching math for college entrance exams, Locke shares her wealth of experience with other young women coming into the academy. She currently volunteers as a member of the Defense Advisory Committee on Women in the services, or DACOWITS, as well as recruits for the Military Academy as an admissions field representative.

''Most don't come [into the academy] as a fully-formed leader,'' she tells them. ''You come in with the raw materials of being a great leader, but you've got to shape it, pound it, knead it, bake it and sharpen it. And sometimes that hurts.''

A sense of patience is also required at the academy, she tells them. ''You are there to shape yourself into the best leader of character that you can be,'' she says.

''Everybody has to learn ‘how to cooperate in order to graduate','' Locke said. ''That's what you learn at the academy, and you take that with you for the rest of your life. I cherish the times I can tell people about the academy and what they're going to get from it. I think all the services are better because we have women in them.'' 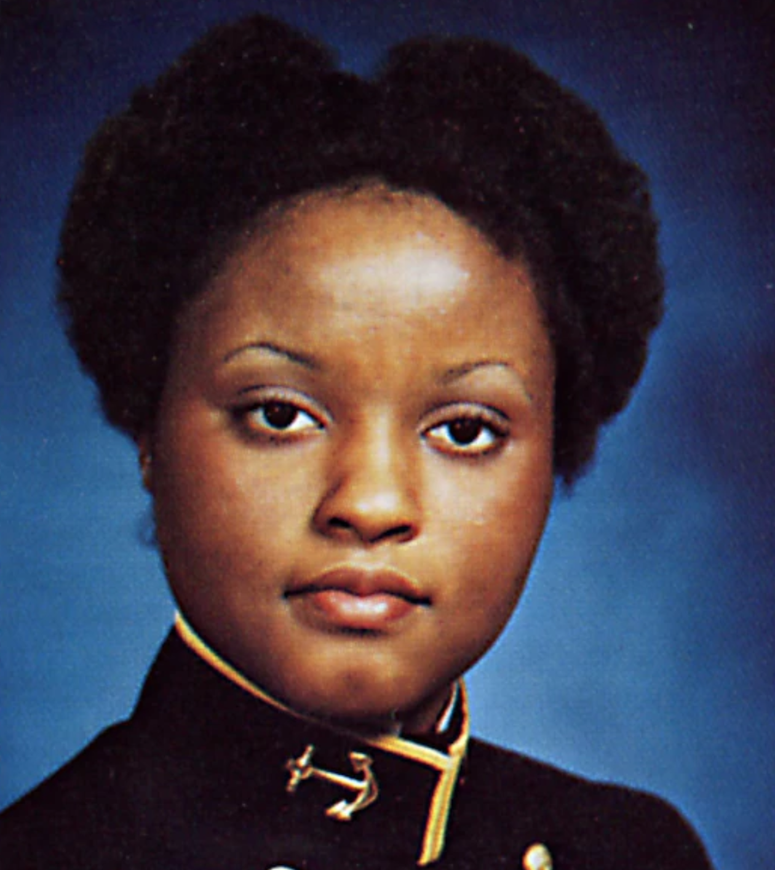 In 1976, when she arrived in Annapolis, Maryland, the atmosphere of the U.S. Naval Academy ''was mutually exacerbating for everyone who was there,'' said Janie L. Mines, who went on to become a Navy lieutenant in the supply corps and one of the first women to serve on a Navy ship.

''The academy wasn't ready for [women],'' Mines said. ''It just happened quickly, and it needed to be done. The academy considered itself to be a combat school, and [women] were not allowed to serve in combat. So, we were seen as taking up spots for good combat officers that were needed, because we 'couldn't do the job.' Additionally, there was a general belief that as Black women … I would not be able to lead in what was at that time a white-male Navy.''

Despite that belief, she said, all women had to be able to become professional naval officers — mentally, morally and physically.

''Part of [the academy's] process was to weed those out who they perceived as not able to cut the mustard in leading the Navy of the future,'' Mines said.

Most all-male upperclassmen did not accept women of the charter class, and strife and dissension existed in many forms, she recalled. Yet on graduation day, an upperclassman who had given Plebe Mines ''challenges'' left a single rose in a vase with a note on her desk that read, ''I'm sorry.''

And once, after an injury, Mines was trying to pass a physical test, and the male athletic staff cheered for her, she said.

''I'd never experienced that before,'' she added. ''So, I grew, the academy grew, and that's why I said it was a mutual frustration for everybody -- but we kind of grew together and we got past it.''

Why would Mines attend the Naval Academy when she had been accepted to every Ivy-League school where she'd applied, as well as to an ROTC program at the University of Berkeley in California?

''[The academy] was a personal calling,'' she said. ''When the academy called and said I would be the only Black woman who would be admitted, I felt it was something I had to do.''

Today, Mines mentors midshipmen and young Navy officers almost daily. And after 38 years of encouragement from those around her, she published a book in 2019 titled ''No Coincidences: Reflections of the First Black Female Graduate of the United States Naval Academy.'' It contains 25 vignettes based on questions she's commonly asked by junior officers about the challenges she overcame at the academy.

Her busy life is also filled as a member of the Defense Advisory Committee on Women in the Services (DACOWITS). The 70-year-old organization's members came to the academy when she was there to help support women students, Mines said, so she wants to ''pay it forward … and be there for others.'' 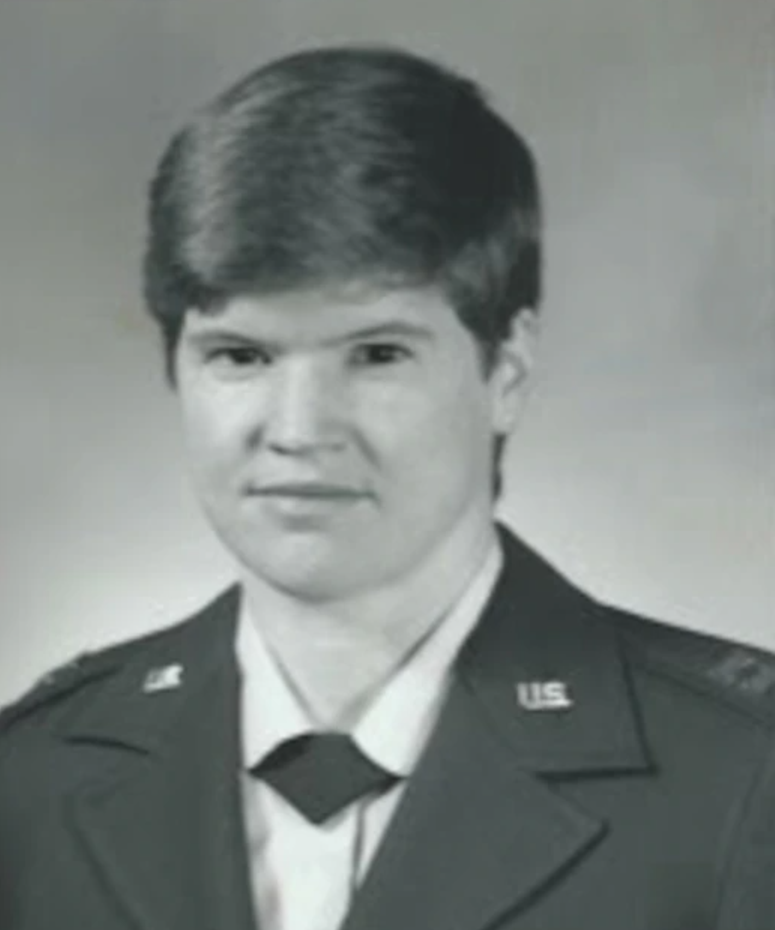 Retired Air Force Gen. Janet C. Wolfenbarger graduated from the Air Force Academy in 1980 as a member of the charter class of 157 women in a class of approximately 1,500 cadets. Of those 157 women, 97 graduated.

She remembers when her father, an Air Force pilot, came home from work one day and told her then-President Gerald R. Ford signed a law allowing women to enter the military academies for the first time in history. She applied and was accepted to the Air Force Academy in Colorado Springs, Colorado, in the spring of 1976.

While most upperclassmen were not appreciative of women entering the academy in 1976, she noted that if it had not been for the men in her charter class, the women could not have made it through that difficult experience without their male classmates' support.

''I believe those who opposed women coming in were actually fearful that with women being introduced, the program standards of the AFA would be lowered,'' Wolfenbarger said, adding that she and the other women in her class spent four years proving the standards did not have to be lowered. ''We proved that women can not only survive, but thrive, in that very stressful environment.''

The general said she cannot put a value on her Air Force career beginning with her time at the academy. ''My experience at the Academy taught me that I am far more capable than I ever thought I could be. And that knowledge brought with it a confidence in myself that I have relied on ever since. It was also a huge milestone for women,'' she said.

Wolfenbarger said she learned at the academy the most powerful way to appreciate good leadership was to observe. The leaders who inspired her were the people she wanted to emulate, she explained.

Wolfenberger said she was aware of the Defense Advisory Committee on Women in the Services from the time she was a cadet, and she agrees with DACOWITS member Janie Mines — the first African American woman to graduate from the U.S. Naval Academy — on the importance of giving back.

The retired general said she has seen ''huge change'' in her three and a half decades of active-duty time, and great progress in a host of areas for women in the services. The number of Air Force women almost doubled in size during her career, she noted, with all previously all-male career fields being entirely open to women now.

''And with the breaking of the glass ceiling, you could say, women are now serving at all ranks up and down the chain, both officer and enlisted,'' Wolfenbarger added.

''When I first came into the academy in the mid-70s,'' she said, ''there were still executive orders on the books that allowed the military services to separate women involuntarily should they become pregnant or become a mother through adoption or having a stepchild. Today the services authorize both primary and secondary caregiver leave. So women no longer need to choose between a military career and having a family. There's been huge progress in my lifetime.''

The highlights of her career are bookended, Wolfenbarger said: Graduating from the academy in the first class with women, and ultimately becoming the Air Force's first female four-star general. Her career achievements were significant.

Wolfenbarger ran the Air Force Materiel Command — a major command with 80,000 people, and an annual budget of about $60 billion every year for critical missions such as science and technology, lifecycle management, test and evaluation and supply chain and depot maintenance.

Wolfenbarger currently serves as the longest tenured Chair of DACOWITS. Regarding the important work the committee is chartered to do, she says, ''While I saw great progress during my active duty career, it's important to note we're not done. …There is still work to be done embracing policies and changes to our systems that ensure the fair and balanced treatment of women across the military services.'' She goes on to say, ''The real imperative here as you look at the talent pool this country has to offer, is it's a national security need for us to gain as much of that talent as we can. And if we're not able to attract a fair percentage of women, who make up more than 50% of our demographics in this country, we are hurting ourselves from a national security perspective.''