The Army is the only branch of the American armed forces that doesn’t have its own national museum.

That’s about to change.

Located on Fairfax County Parkway just outside Fort Belvoir, Virginia, about 17 miles from the nation’s capital, the National Museum of the United States Army  is currently under construction.

“It should have been built long ago,” said retired Brig. Gen. Creighton Abrams, executive director of the Army Historical Foundation, the organization spearheading the effort to bring the museum to life. “The Army not only came ahead of the country, was created before the country was created, but we had to have the Army before we even dared to make the Declaration of Independence.”

The Army does have over 40 accredited museums in CONUS and overseas, said retired Col. Dave Fabian, chief of staff for the Foundation.

“This is going to be the capstone,” he said.

On Thursday, Abrams, Fabian and others were on hand to watch as an UH-1B Iroquois “Huey” helicopter was installed inside the facility. The helicopter survived combat missions in Vietnam for eight years.  A second helicopter, an R-4B commonly known as “The Sikorsky,” is set to be installed on Tuesday. It has been restored with markings that were used in April of 1944 in the China-India-Burma Theater for the first combat rescue mission eve conducted by a helicopter. 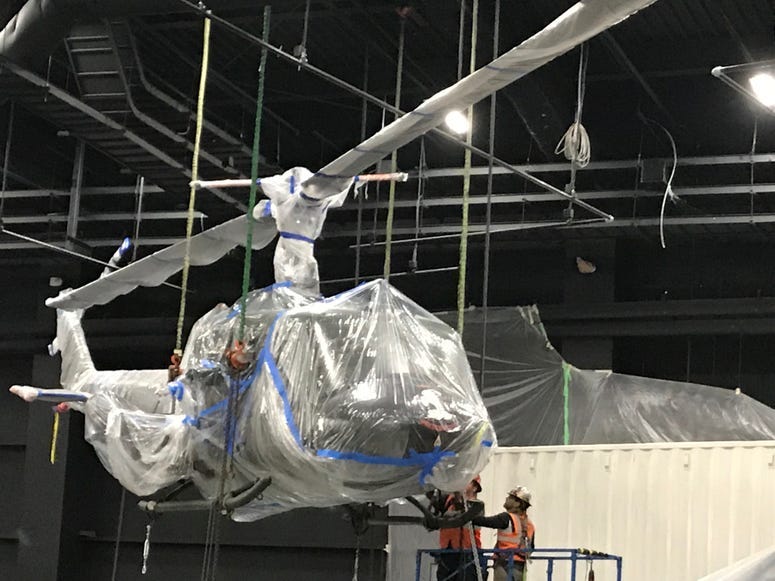 Christopher Chadbourne & Associates was responsible for the initial design of the exhibits and galleries, which tell the story of the founding of the nation through the Civil War, World War I, World War II and the Cold War. The last gallery is called Changing World, which covers the period roughly from 1990 to now.

“The whole idea was to have the galleries mesh with the overall design of the museum,” said Abrams. “What I love about it is you come in through that lobby and instantly see those Soldiers Stories.”

Limited to about 80 words, the individual stories of service lead visitors into the museum through a promenade to the glass fronted galleries.

“You can see in the galleries and choose which ones you want to explore more,” added Abrams.

Each of the galleries is sized based on the percentage of the American population that served during the time frame it covers.

“Unfortunately, for us, our very last gallery chronologically, Changing World, is our smallest,” said Tammy Call, museum director. Less than one percent of the American population currently serves in the military.

“The story continues,” she said. “We want to keep that story alive because our soldiers are out there.”

Abrams said an extension is already planned for the future which will double the size of the facility. A gift shop and Medal of Honor garden is also planned for the museum, he said.

“We hope visitors appreciate how much Army history is intertwined with American history,” Abrams added.

Thirty million Americans have served in the Army since its creation in 1775, he said. 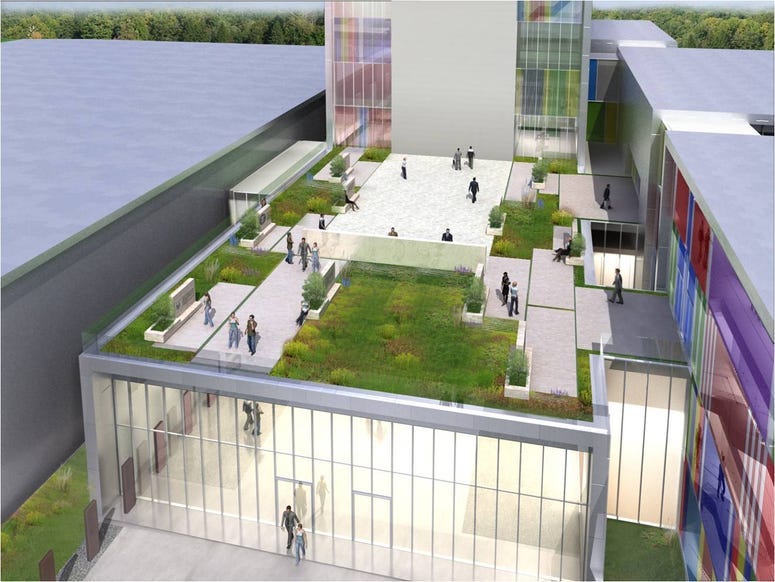 Abrams said the Foundation is hoping to turn the building over to the Army this April and while it is certain the museum will open next year, an exact date for its grand opening has not been fixed.

“As you can see, there’s still a ton of work to be done on the exhibits and galleries,” Abrams said. “All that comes under the Corps of Engineers, so they get to decide when it gets to open. I think there’s a good chance they’ll pretty well be done by the end of this year. That doesn’t mean they’ll be ready to open. The Army does not want to open until everything is right.”

Call said any visitor walking through the museum will connect to the American soldier.

“They will see a piece of themselves in a soldier and they’ll identify with that. We want that to happen, we want to form that relationship with the American population,” she said. “They are there for us. They’ve got our back. They protect us.”