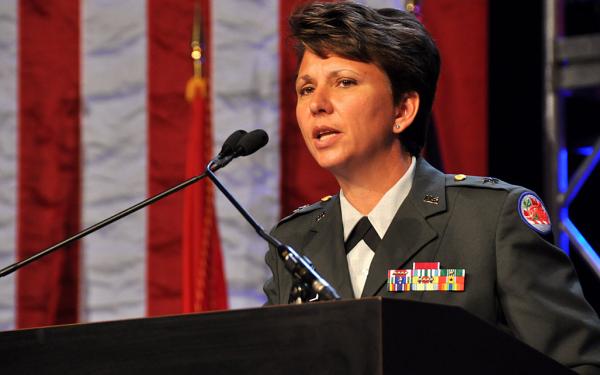 Retired Army Maj. Gen. Maria Britt has walked the walk and talked the talk when it comes to leadership,

“If women don’t help women, who else is going to do it,” she said. “Women have to be in women’s courts.”

Britt graduated in 1983 from one of the first classes at West Point to admit women and went on to become the first woman in the 273-year history of the Georgia National Guard to obtain the rank of general. She commanded the state’s 11,000 National Guardsmen from 2007-2011

“I was willing to step up and take the risk of being the first and haven’t regretted that at all,” she said.

Throughout her book, Britt describes crucial experiences from her life that sharpened her leadership skills and transformed her into a trailblazer. And not all those experiences have been positive.  She recalled a female upperclassman at West Point yanking her hair and yelling at her to “do something about it” three or four days after she arrived at the academy as a plebe. She’d already been told that her hair was in compliance by West Point barbers, but didn’t like being yelled at, so she simply chopped off more of her hair.

Britt said she walked away from that experience knowing that wasn’t how she would lead when given the opportunity.

“You can be born with the basics, the leader’s heart, and the value system, but you can definitely nurture and grow your leadership ability,” she said. “I think that’s what West Point did for me.” 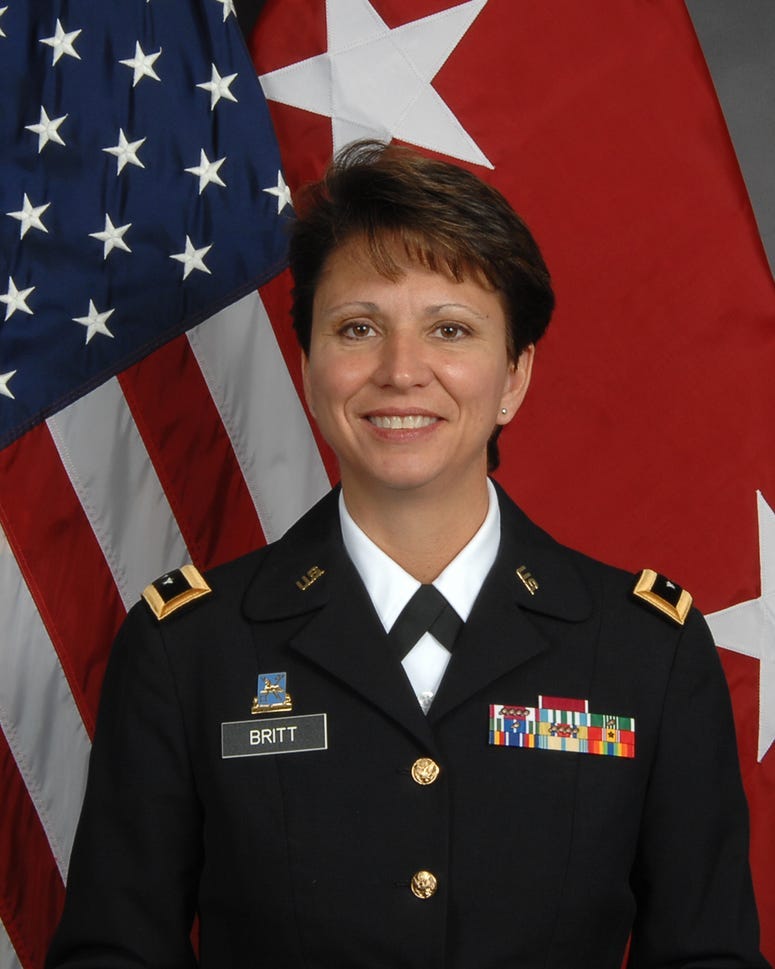 “You see what works and what doesn’t work and then you start refining your own personal leadership philosophy,” she said.

As she wrote “Navigate The Climb,” Britt not only thought about her three daughters but about the women she mentored in both her military and civilian careers.

“I have never had a female role model or mentor, so this is another way to give back,” she said.

“The better and more diverse the team we have, the better the organization is going to be,” she added.

Britt also discusses the Queen Bee Syndrome – when female leaders are harder on female subordinates than male subordinates – and finding your True North – or internal compass that lets you know when something is not aligned with your personal values.

Britt said she hopes people will be inspired to become the best leaders they can after reading the book.

“I want to inspire my daughters and other women to keep going, to not give up,” she said. “Somehow you’ve got to dig down deep. I want to give other women that motivation.”

To learn more about Britt and Navigate The Climb, visit http://marialbritt.com/

New novel inspired by the women of West Point