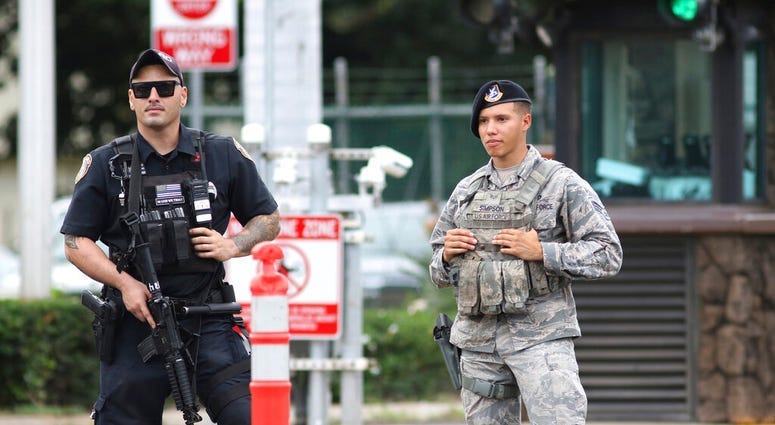 The Navy's investigation into the December 2019 active shooter incident at Pearl Harbor was unable to determine what caused a sailor to shoot three civilian workers, killing two, before turning the gun on himself.

Machinist’s Mate (Auxiliary) Fireman Gabriel A. Romero, 22, killed two civilian Department of Defense employees and wounded another before killing himself. At the time, Commander of Navy Region Hawaii Rear Adm. Robert Chadwick told the Associated Press that, at this time, no motive for the shooting was known and no relationship between the shooter and the victims had been discovered.

“We have no indication yet whether they were targeted or if it was a random shooting,” Chadwick said.

Now, even with the Navy's completed investigation, that lack of answers remains. The investigation identified "probable emotional and social factors that may have contributed" to Romero's actions, a Navy release reads, but no clear motive was found.

The investigation did also determine that Romero "acted alone and that no one could have reasonably predicted that Romero would have engaged in the act of murder and suicide."

The Navy's assessment included Romero’s personal and professional background, the command climate aboard USS Columbia, force protection and emergency response management, active shooter training, significant impacts to shipyard personnel and workplace safety, and armed watch stander qualifications, among other things. The Navy was able to provide recommendations to healthcare professionals and Navy administration to lessen the likelihood of a repeat incident.

“This tragic event was heartbreaking to our community and our valued shipyard workforce, and we must work hard to restore confidence in the Navy’s ability to protect our most valuable assets – our people,” said Adm. John C. Aquilino, Commander, U.S. Pacific Fleet.