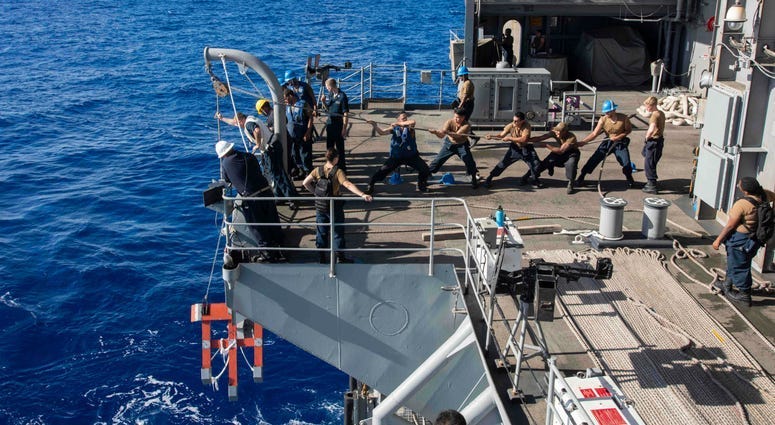 More than 2,700 sailors will be evacuated from the USS Theodore Roosevelt, a ship hit hard by the coronavirus.

Acting Navy Secretary Thomas Modly made the announcement during a briefing at the Pentagon Wednesday afternoon.

He added that nearly 1,000 sailors have already gone ashore at a port in Guam, but that number will increase over the next few days.

"The plan is to remove as many people off the Teddy Roosevelt as we can," Rear Adm. John Menoni, the Navy's Joint Marianas commander said in an earlier press briefing.

According to Navy officials, fewer than 100 of Roosevelt's nearly 5,000 sailors have tested positive for the virus. In a letter to the Department of Defense earlier this week, the ship's captain pleaded for help in combating the disease.

The sailors will be quarantined in local hotels for 14 days and will be monitored by military security.

Reach Julia LeDoux at Julia@connectingvets.com
Want to stay connected to all the stories and resources Connecting Vets has to offer? Click here to sign up for our  weekly newsletter.