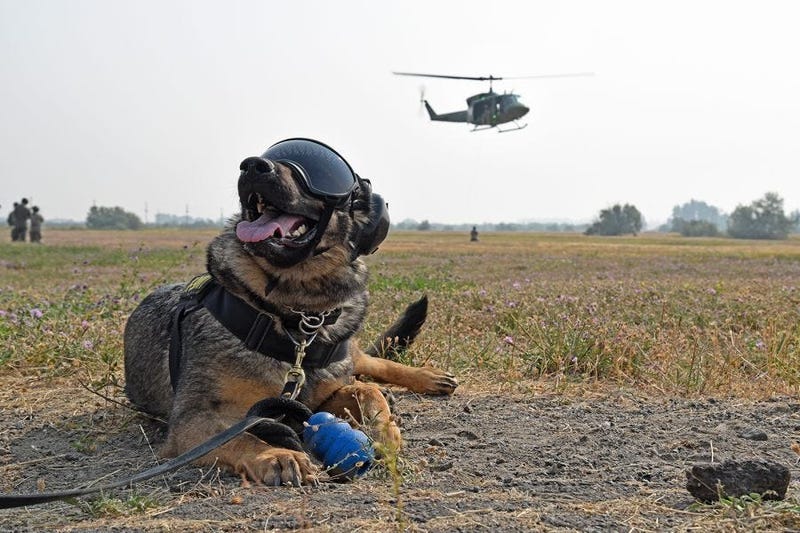 The price of the 'Forever' stamp just went up to 55¢ on Sunday, but the Postal Services new stamp releases include a set so great, you won't even care about spending the extra cash to buy a booklet (or two).

The newest stamp honors the bravery and loyalty of the military working dogs. The blocks of four stamps feature the following breeds: German Shepherd, Labrador Retriever, Belgian Malinois, and Dutch Shepherd. These four breeds are the most common four-legged members of the Armed Forces. 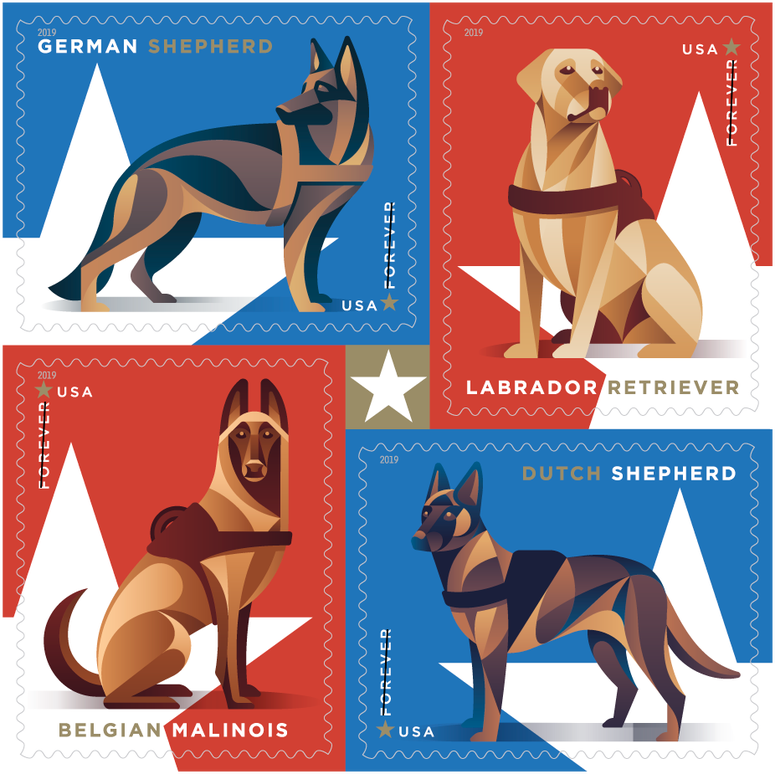 “The stylized digital illustrations are in red, white, blue and gold to represent the American flag and patriotism,” the Postal Service explains. “The art was created by DKNG Studios. Art director Greg Breeding designed the stamps.”

While the United States War Dog Association has been petitioning for a 'Forever' stamp for military working dogs for well over a decade, the closest the United State's Postal Service has come to fulfilling this request was including a 'military tracking dog' (pictured in the bottom right) in a 2012 booklet of 65¢ Working Dog stamps. " 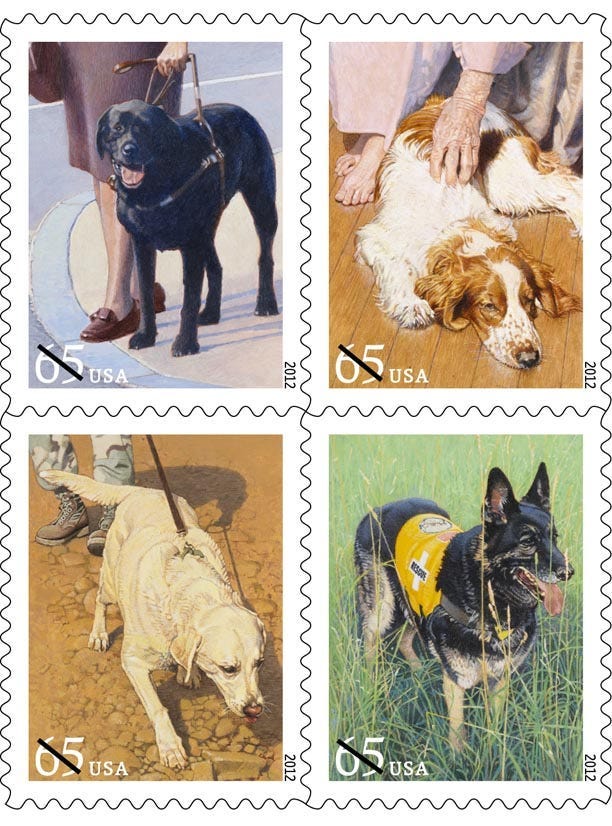 The War Dog Association petition states "[t]heir training is intense; their working conditions are deplorable; their lives are always on the line; and in at least one case, namely Vietnam, their rewards were non-existent. This profile describes the most innocent and vulnerable of combat veterans-our Nation's War Dogs. After most wars, surviving dogs were returned to American soil and given a welcome reserved for heroes. After the Vietnam conflict, this warm reception did not take place. Sadly, thousands of canine veterans were either killed in battle or left to die in a foreign land."

Hopefully, this new set of stamps is one step in the right direction towards honoring the most innocent combat veterans in the Armed Forces.

Currently, the release date for the stamps is unknown, but for the most up-to-date information on stamp releases, check out USPS.