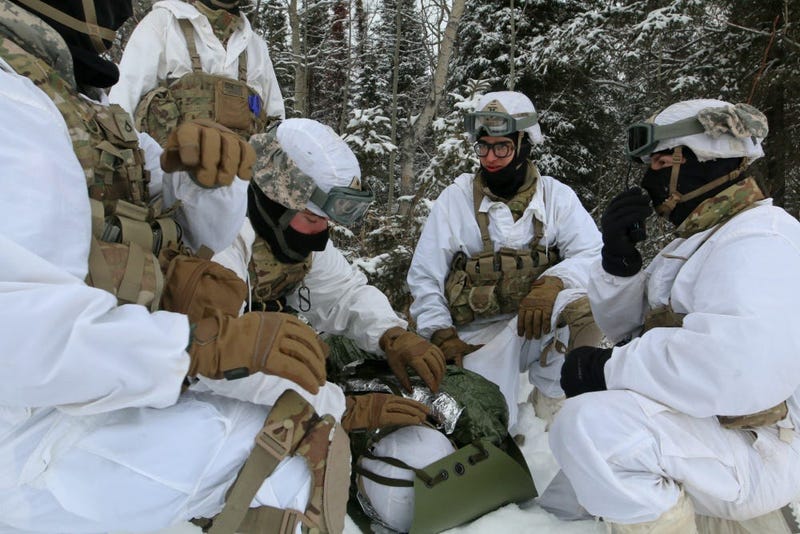 The U.S. Army is set to begin looking for a new Arctic vehicle, emphasizing how important this area of operations is to the United States.

Facing temperatures that at an extreme can sink as low as -80 degrees Fahrenheit is a condition that the United States military is not prepared to operate in. Even less extreme temperatures cause the Stryker armored vehicle to seize up and many of the systems on the Apache attack helicopter to cease functioning.

Moving on foot with skis or snow shoes is exhausting, not to mention slow, assuming soldiers don't freeze to death in the mean time. Then there are the great distances involved in traveling across the arctic with hardly a sign of humankind to be found.

The Arctic has long been seen as a strategic area of operations by the U.S. military as an enemy during war could attempt to island hop across the Aleutian Islands or come across the Bering Strait and occupy Alaska, establishing a strategic foothold in North America.

Even skeptics about the possibility of a new global conflict acknowledge that due to receding ice in the arctic there are trade routes opening that were previously inaccessible. The North West sea route is a passage that runs through Northern Canada while the Northern Sea route runs through the Russian arctic. Both routes have a terminus in the Bering Strait as a strategic chokepoint.

While not an arctic nation, China sits on the Arctic Council and has insisted that these arctic sea routes must remain open for the entire world to use, quite the opposite from their stance about maritime travel in the South China Sea.

In recent years the U.S. military has attempted to emphasize the importance of Arctic operations. Due to the extreme cold and the tyranny of distance, large scale battles or infantry operations will almost certainly not take place there but small team special operations missions, search and rescue operations, as well as recon and surveillance missions will. Soldiers and Marines have been sent to Canada, Norway, and other allied arctic nations for cross-training in Arctic mission profiles.

In order to deal with the mobility issues that arise with military vehicles not designed for the region, a budget has been set in the Fiscal Year 2021 defense budget to procure a new vehicle.

A small 1 million dollar budget has been set to identify a, "Cold-weather All-Terrain Vehicle (CATV)," which will, "provide transportation for up to a 10-Soldier element, emergency medical evacuation, command and control capability, and general cargo transportation on- and off-road in an Arctic environment under a wide range of otherwise impassable terrain, to include frozen ice, and extreme cold weather conditions to support year-round training as well as to conduct Homeland Defense (HD), Homeland Security (HS), and Defense support of Civil Authorities (DSCA) mission."

Several variants of the CATV are being requested. A troop carrier, a medivac vehicle, a command and control vehicle, and a cargo hauler. The budget for the program is scheduled to ramp up to 40 million dollars by 2025.