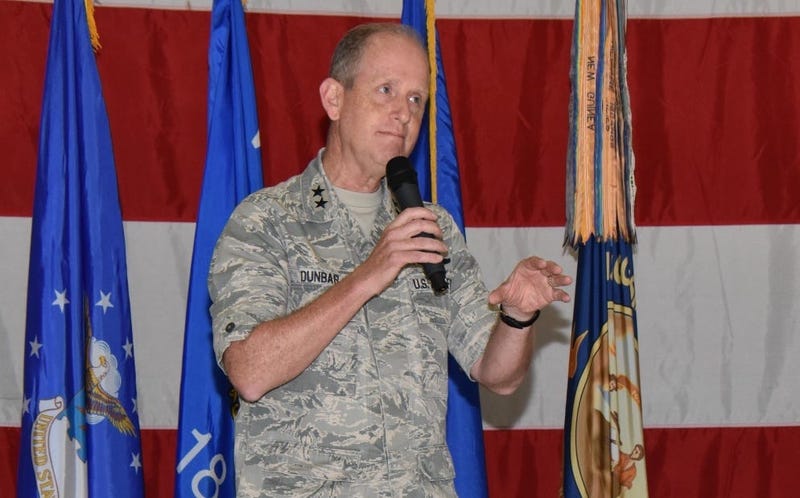 The chief of the Wisconsin National Guard, Maj. Gen. Donald P. Dunbar, resigned Monday after the National Guard Bureau released their conclusions on a report into his alleged mishandling of sexual assault investigations.

Maj. Gen. Dunbar had been in charge of administering all Wisconsin Army and Air National Guard personnel not placed under federal auspices, such as during combat deployments overseas. The federal investigation into sexual assaults in the Wisconsin Guard was conducted at the request of Governor Tony Evers.

The findings and conclusions of the partially redacted 88-page report are disturbing, especially in light of the U.S. military's previously stated emphasis on preventing sexual assaults and properly holding service members accountable when they do happen. The report shows that under Maj. Gen. Dunbar, the Wisconsin Guard created a parallel internal investigation system for sexual assault cases and concluded that this was done in the contrivance of both the law as well as policy.

For instance, "At least three victims stated they did not have a Special Victims' Counsel appointed or present and were unaware of what role this attorney would play in their case," the report states. In other instances, it was found that the Wisconsin Guard was not accurately tracking the data of sexual assault investigations and not reporting it properly, pointing out that, "the team made several requests for information on cases of sexual assault, harassment, and military justice, and each request produced different tables of data that were incomplete and, in many respects, inconsistent."

The report also uncovered disturbing instances in which victims and alleged perpetrators were forced to continue working together while investigations were conducted, a process that often took years.  "In one case, a victim of a penetrative sexual assault recalled having to interact with her perpetrator on numerous occasions after she filed her unrestricted report of a sexual assault," investigators wrote. "On multiple occasions, one or both individuals were carrying loaded weapons while the investigation was still ongoing."

In other cases, the Wisconsin National Guard appears to have shown deference for the alleged perpetrators as in one case where, "the victim lamented the degree to which the command had taken an interest in the perpetrator's welfare, which did not seem to be the same for her."

In yet more cases it was found that "victims were actually given a copy of the report of investigation in which the allegations of sexual assault were substantiated before the command had taken action. In these specific cases, the victims were upset to find out later that the command disagreed with the investigator's findings. In certain instances, the victim was informed that an investigator had substantiated the allegations of sexual assault, but concerns with the investigation prompted the command to issue non-judicial punishment or a letter of reprimand." The report concluded that sexual assault investigations in the Wisconsin National Guard had a serious credibility problem.

In one case, the victim reported being investigated for sexual misconduct despite evidence that she had been assaulted. The investigation dragged on for three and a half years. In the end, the service member was, "frustrated with the lack of support she received she and ultimately decided to leave the military as soon as her term of service expired. Her case unresolved, she left without traditional favorable military recognition."