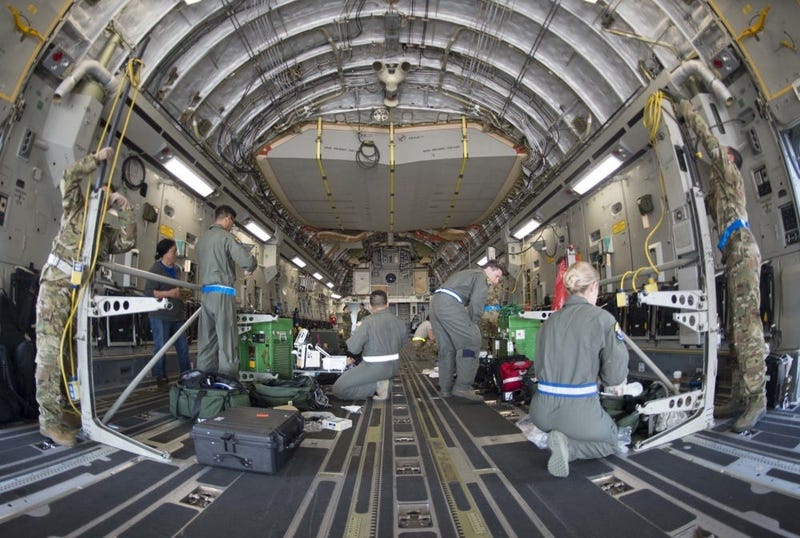 During the bloody years that the US military was engaged in combat with the enemy in Iraq, the Department of Defense rushed medical resources to key locations in order to ensure that injured troops had the best care available. But now insiders warn that the military may not have that same level of care when the next war breaks out due to cutbacks, specifically at Landstuhl Regional Medical Center in Germany.

U.S. News and World Report described the situation in detail based on interviews with key staff and after examining documentation they were provided. Landstuhl was, and is, a critical hub where patients injured in Iraq and Afghanistan are stabilized prior to being flown to Walter Reed back in the United States.

That said, Landstuhl used to provide level I care to patients certified by the American College of Surgeons.  Today, they only provide level III care. "I would like our soldiers to get the same kind of care that a drug dealer would get if shot on the streets of Chicago. They don't," one surgeon who requested anonymity commented to U.S. News and World Report.

Part of the decrease in readiness is simply a matter of the strategic reallocation of resources that happens whenever a conflict overseas is scaled down. To be sure, the US military is still engaged in combat across the Middle East, but not at the same level of intensity that it was 15 years ago. However, surgeons at Landstuhl are still frustrated that they are not able to provide the same level of care to injured troops that they once could.

The question also becomes, can they ramp up that level of care when the next war breaks out?  Surgeons can't be kept at Landstuhl if they are not routinely operating on patients.

At the peak of the war Landstuhl received planeloads of 50 patients a day, seven days a week.