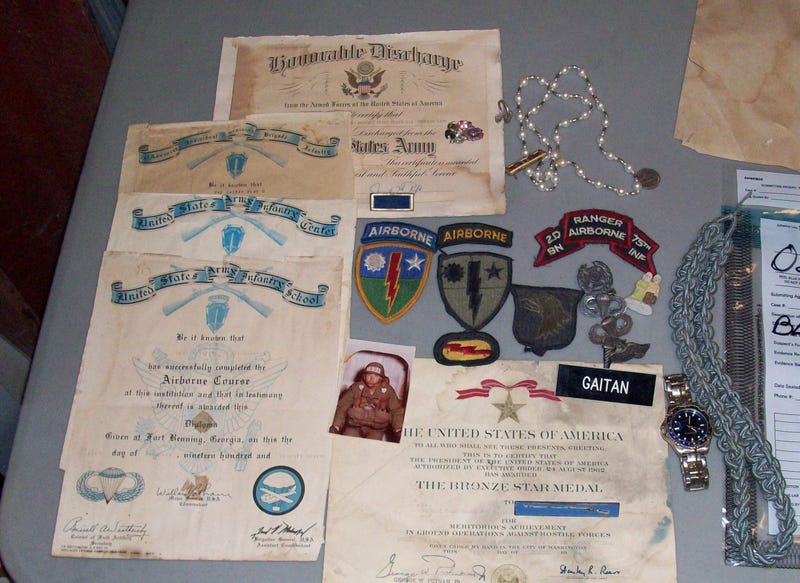 Blas Gaitan was one of many veterans who fell on hard times and slid into homelessness.

When his remains were found in Casa Grande, Arizona in 2002 police detectives determined that he had been murdered. The killer was eventually captured and served over a decade in prison after a plea deal. However, Gaitan's effects remained in a police evidence locker. Among his belongings were military medals, including a Bronze Star, and patches for service in the Vietnam War and at some point the 2nd Ranger Battalion. There were also photographs and certificates from various courses he had graduated from.

"It is clear Gaitan was very proud of his military service, and we want to honor that. We'd like to see these documents returned to his family where they belong," the country Sheriff told CNN.

Upon seeing news reports about Gaitan's belongings and the Sheriff's desire to return them to his family, private investigations firm Blackhorse Investigations stepped up to the task. They were able to locate people they suspected were family members and eventually contacted Blas Gaitan Jr. who turned out to be the veteran's only son.

It was an emotional revelation for Blas Gaitan Jr. but he said that he was happy he would be able to reclaim his father's military patches, dog tags, and awards which would have an honored place in his home.