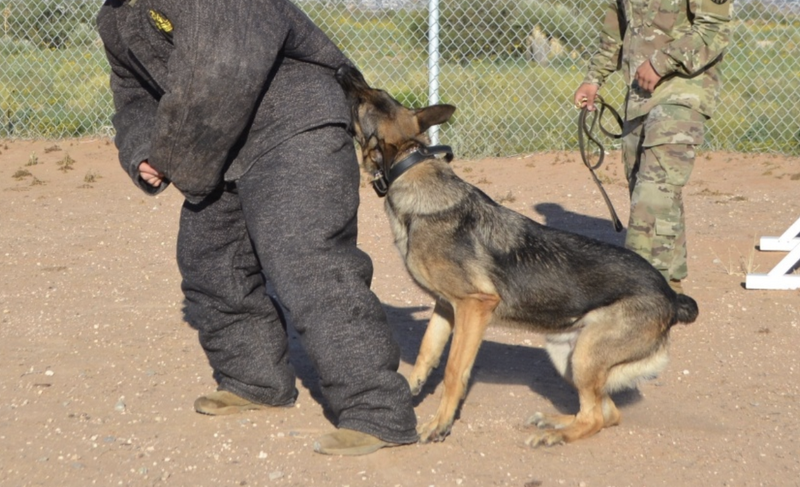 Video footage of a military working dog demonstration at the National Navy SEAL Museum has led to public anger and an investigation by the U.S. Navy.

The video recording of the event was filmed last year but just surfaced on social media over the weekend. In it, a dog handler is wearing a padded protective suit with a Colin Kaepernick NFL jersey worn over it. At least four dogs were set loose upon the handler, biting the Kaepernick effigy during the demonstration.

The Navy SEAL museum is a privately run organization unassociated with the Navy.

Colin Kaepernick is a former NFL player most known for taking a knee when the national anthem was played during football games in protest of police brutality. Some NFL fans accused Kaepernick of lacking patriotism, insulting the military, and being more interested in stirring political controversy than playing football.

"The inherent message of this video is completely inconsistent with the values and ethos of Naval Special Warfare and the U.S. Navy," Naval Special Warfare announced in a released statement. "We are investigating the matter fully, and initial indications are that there were no active duty Navy personnel or equipment involved with this independent organization's event."

This is by far the DUMBEST thing I’ve seen the “Teams” do, allow to be done, allow to be filmed, allow, period. Tone-deaf, ignorant, and blatant instigation in a time of hightened division. The @navy and @NavySEALMuseum should be ashamed. https://t.co/lR3w4KgEwr