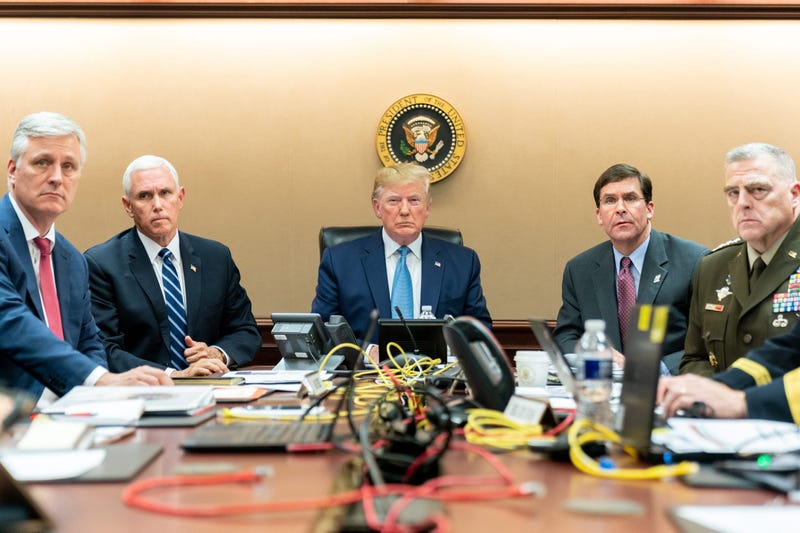 When members of 1st Special Forces Operational Detachment-Delta, more commonly known as Delta Force, boarded a helicopter and racked a live round into the chamber of their rifles to launch a direct action raid to capture or kill a high-value target, it was a different type of mission with particular importance to the operators themselves.  The mission had been named Operation Kayla Mueller according to a source speaking to Connecting Vets on the condition of anonymity. This information was recently confirmed by National Security Advisor Robert O'Brien on Meet the Press. The idea to name the mission to capture or kill ISIS leader Abū Bakr al-Baghdadi after Kayla, reportedly came from General Mark A. Milley, the chairmen of the joint chiefs.

Kayla Meuller was a 26-year-old aid worker who had been working in southern Turkey to help Syrian refugees. In August of 2013, Kayla crossed the border with a Syrian friend named Omar Alkhani to help install some communications equipment at the Doctors Without Borders building in Aleppo. On the way back to Turkey, her bus was ambushed by ISIS members and Kayla was taken, hostage. Kayla was held captive in a series of prisons, while the next year journalists James Foley and Steven Joel Sotloff were also kidnapped by ISIS. Delta Force operators made a concerted effort to rescue all three American citizens, launching raids deep into Syria only to find that they had just missed the hostages as the enemy had moved them to another location. In August and September, beheading videos emerged depicting the execution of the two journalists, but Kayla remained at large in Syria.

After Foley and Sotloff were killed, the White House issued a press release about the Delta Force mission near Raqqa that attempted to rescue them. The raid missed the hostages by just two days, and hair with Kayla's DNA was recovered from the site.

By the end of 2014, the United States had been bombing ISIS for several months in a massive aerial campaign. Kayla was suspected of being moved around Syria by ISIS. In November, the FBI reported to Kayla's family that she had been raped and tortured while in captivity. In early 2015, they found out she was forced into marriage with a senior ISIS member. In February of 2015, rumors emerged from the region that Kayla had been killed in a coalition airstrike. President Obama confirmed her death in a statement soon after.

On October 26, 2019, approximately fifty soldiers assigned to D-Squadron of Delta Force and the 2nd Ranger Battalion of the 75th Ranger Regiment flew into Idlib, Syria on six MH-60 Blackhawk helicopters. The Special Operations soldiers isolated the target compound and engaged in a brief firefight with enemy forces. Al-Baghdadi grabbed three children and ran into a dead-end tunnel, according to information released by the White House and the Pentagon. Cornered, the US Special Operations soldiers let a military working dog loose to subdue the terrorist leader. At that point, Al-Baghdadi detonated a suicide vest he had been wearing, killing himself and the children. The dog was also injured. Using handheld bio-metric devices, the soldiers were able to confirm Al-Baghdadi's identity. When suicide bombers blow themselves up, their head usually remains intact. A picture of his face, fingerprints, or an iris scan could have been used to positively identify his remains on target. DNA was taken as well for further testing.

Delta Force was unable to mount a successful hostage rescue mission four years ago for Kayla but by naming the mission to kill Baghdadi after her, they sent a clear message: you are not forgotten.