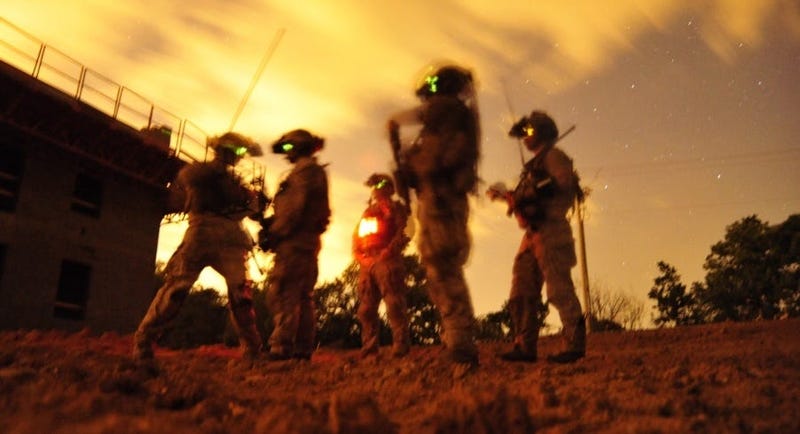 A former national security official commented to the Associated Press that Frerichs has been working in Afghanistan for about a decade and is not a U.S. government contractor.

In late January a U.S. Air Force The E-11A Battlefield Airborne Communications Node (BACN) aircraft crashed in Ghazni, Afghanistan. Connecting Vets first reported that SEAL Team Six operators were sent in to recover the bodies of the two crew members and retrieve the flight data recorder. Their mission was hindered by difficult weather conditions which continued to impact their ability to find and rescue Frerichs, according to the Associated Press.

The same operators assigned the recovery mission of the E-11 crew were trying to free the ex-Navy contractor just days later. Their target was the Haqqani network.

The Haqqanis have been an adversary of the United States since the early days of the Global War on Terror. Designated as a terrorist organization by the U.S. government, the Haqqanis have influence in Khowst, Afghanistan where Frerichs was kidnapped while they operate out of Pakistan.

Guided to the target by signal intercepts, the SEAL Team Six operators, "detained several alleged Haqqani militants and uncovered a weapons cache. It’s not known if the weapons cache was destroyed at the scene or given to Afghan security forces," the Associated Press reported, but there was no sign of Frerichs.

From the perspective of the U.S. government, Frerichs appears to have vanished without a trace. If he was kidnapped by the Haqqanis, it is possible he was smuggled from Khowst into Pakistan, according to an analyst that Connecting Vets spoke to. This would likely be the same underground railroad used to transport Bowe Bergdahl, the captured U.S. soldier who was freed in 2014 after extended negotiations.