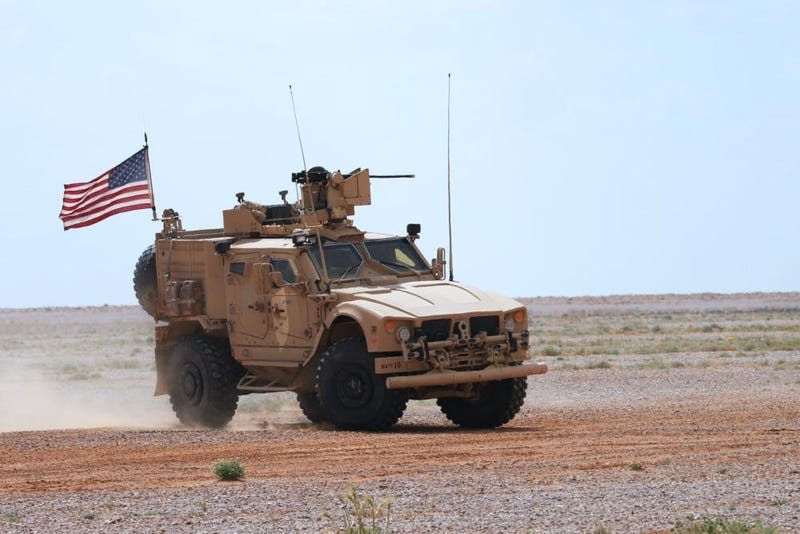 Last week, Special Forces soldiers conducted a live-fire mobility exercise near their base in southern Syria. They maneuvered their M-ATV Special Forces Vehicles in the open desert and fired the .50-caliber Common Remotely Operated Weapon Station mounted on the roof during the exercise. They also fired AT4 rockets from a dismounted position.

"Coalition and partner forces perform regular readiness training in a joint effort to defeat Daesh remnants in designated areas of Iraq and Syria, and help set conditions for the enduring defeat of Daesh," according to an Army statement on the exercise.

According to an American military source who recently re-deployed out of Syria, the local population has not been taking the coronavirus seriously. The source, speaking on the condition of anonymity, felt that it was only a matter of time before the parts of Syria where U.S. troops are stationed gets hit hard by the virus.

A spokesman for Operation Inherent Resolve stated that their bases in Syria, "have planned, established and rehearsed procedures in the event of a service member testing positive. All bases have created spaces for quarantine and isolation where the service members live, eat and conduct hygiene while separated from the general population. All Coalition bases are enforcing the use of face masks whenever two meters of physical distancing cannot be observed. All Coalition bases have educated their personnel and are enforcing hygiene and other personal health protection measures."

On April 13, the Kurdish counter-terrorism unit conducted operations in Deir ez-Zor with support from coalition aircraft arresting four terrorists who were a part of an ISIS sleeper cell.