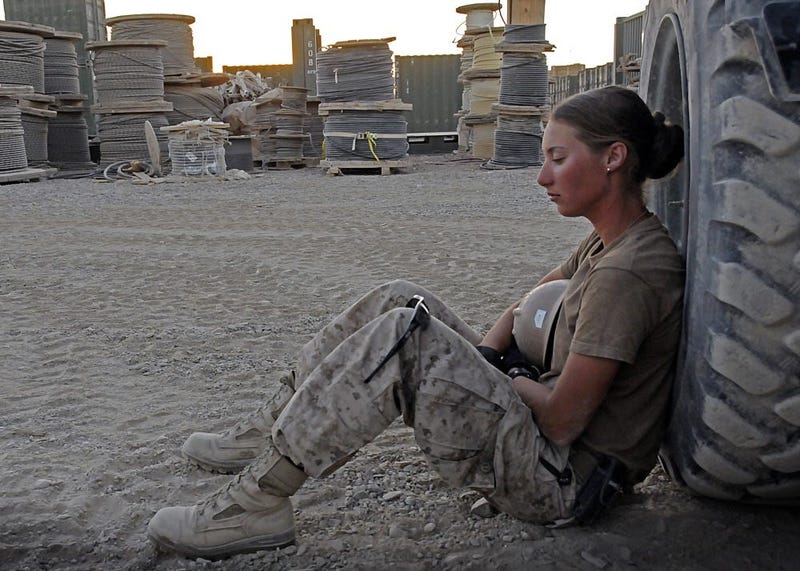 In an 18 years-long war that has often drawn comparisons to America's conflict in Vietnam, a series of interviews conducted by the Office of the Special Inspector General for Afghanistan Reconstruction (SIGAR) has been released about Operation Enduring Freedom in Afghanistan after the Washington Post sued the United Stated government to obtain them. Already drawing comparisons to the Pentagon Papers which exposed the U.S. government's lies about the Vietnam War, the Afghanistan papers reveal a history of corruption, malfeasance, and failed strategy, all while the Pentagon misled the public about supposed progress being made.

The Washington Post points out that, "as commanders in chief, Bush, Obama and Trump all promised the public the same thing. They would avoid falling into the trap of 'nation-building' in Afghanistan. On that score, the presidents failed miserably. The United States has allocated more than $133 billion to build up Afghanistan — more than it spent, adjusted for inflation, to revive the whole of Western Europe with the Marshall Plan after World War II." All told, the United States has spent around a trillion dollars on the war in Afghanistan with little to show for it.

One of the key findings in the Afghanistan Papers is that too much aid money was dumped into Afghanistan too quickly. Afghanistan is an impoverished country where people are lucky to have electricity and running water.

An unidentified contractor in the report laments reckless spending and unrealistic expectations, his name redacted by the U.S. government who argued that those interviewed for the internal IG report should be afforded the same type of protections that whistleblowers receive. In the report, the contractor recalled when a U.S. Congressmen came to visit him in Afghanistan and he explained how he was expected to spend three million dollars a day to each district in Afghanistan. He asked the congressmen if he could spend money like that back in America, “He said hell no. ‘Well, sir, that’s what you just obligated us to spend and I’m doing it for communities that live in mud huts with no windows.’ ”

The same contractor complained that they were being asked to create a sustainable security force in 18 months, something that would not even be achievable in the U.S. much less in Afghanistan.

In another interview, a member of the National Security Council complains, “It was impossible to create good metrics. We tried using troop numbers trained, violence levels, control of territory and none of it painted an accurate picture. The metrics were always manipulated for the duration of the war.”

The tracking and manipulation of data and information were commonplace according to many of those interviewed in the IG report, all while the Pentagon was painting rosy reports when speaking to the press about constant progress in Afghanistan.

Bob Crowley, who was in Afghanistan as a counterinsurgency advisor stated that, “truth was rarely welcome” in the military headquarters in Kabul. He pointed out that when tactical issues were brought to the forefront, the military felt comfortable addressing them because they felt these were matters they could have a impact on. However, when strategic concerns were brought up in regards to actually winning the war “Bad news was often stifled...when we tried to air larger strategic concerns about the willingness, capacity or corruption of the Afghan government, it was clear it wasn’t welcome.”

Meanwhile, the military was essentially lying to itself internally about what was actually happening in Afghanistan. One Marine Corps unit busied itself with fancy-looking bar graphs according to John Garofano who advised the Marines in Helmand province.  “They had a really expensive machine that would print these really large pieces of paper like in a print shop,” he told the IG interviewers. “There would be a caveat that these are not actually scientific figures, or this is not a scientific process behind this.”

Dr. Leonard Wong published a white paper for the Army War College based upon a study he conducted in 2015 in which he found that the military frequently lies to itself and that it has raised an entire generation of officers to think that sending up false reports to higher headquarters is acceptable. "Sadly, much of the deception that occurs in the profession of arms is encouraged and sanctioned by the military institution as subordinates are forced to prioritize which requirements will actually be done to standard and which will only be reported as done to standard," Wong writes. "As a result, untruthfulness is surprisingly common in the U.S. military even though members of the profession are loath to admit it."

This dynamic begins in the garrison and training environment in which leaders are expected to conduct more mandatory training than there are training days in the calendar year. As a result, many feel obligated to tell superiors that they conducted all of this training even though everyone knows they didn't. This attitude is then taken overseas when military units are deployed to combat, something reflected in the Afghanistan Papers.

Retired General Michael Flynn commented to interviewers in regards to combat leaders in Afghanistan saying,  "they all said, when they left, they accomplished that mission. Every single commander. Not one commander is going to leave Afghanistan . . . and say, ‘You know what, we didn’t accomplish our mission.’ ”

Flynn pointed out that then what happens is that,  "the next guy that shows up finds it [their area] screwed up . . . and then they come back and go, ‘Man this is really bad.’ ”

Flynn explained at length saying, "so every single operational commander, battalion commander, regimental, BCT, RC– every single one came in [to Afghanistan] and said the situation was not like they thought it and when they left that they had defeated the enemy; we have convinced the population and helped the population. [They all said] that they gave it over [to the next commander] and I said here it is. It is in great shape and they love us down here. Then you come in and you say, ok, I am here and I have a year. My first 30 days, [I think] this is really bad. But I guarantee you that if you look at the out-briefs you will see nothing but goodness. Believe me, I was looking at them for 10 years. I saw this In Iraq and really dug into it in Afghanistan."

It is estimated by DOD and the Costs of War Project at Brown University that 157,000 people have died in the war in Afghanistan since 2001, including 2,300 American soldiers, 3,418 U.S. contractors, and 1,145 NATO and coalition partners.

Read Washington Post's entire investigation: AT WAR WITH THE TRUTH