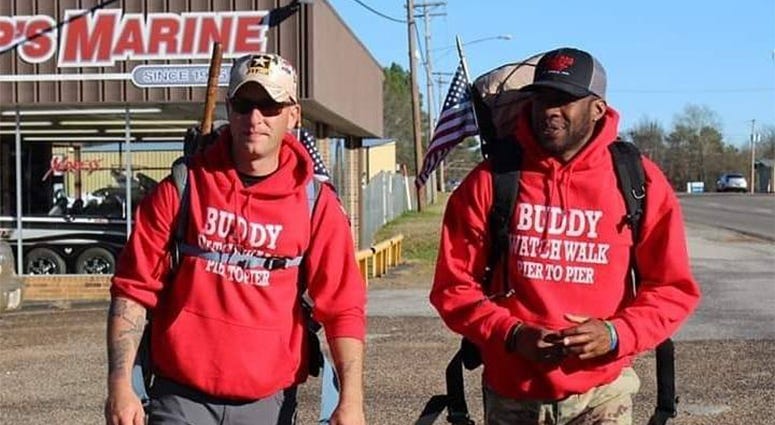 “We are in West Texas on Interstate 10,” John Ring shouts over the phone as cars can be heard screaming passed.

John and his friend Jimmy are walking 2,462 miles to raise awareness of veterans suffering from post-traumatic stress, suicide, military sexual trauma, and homelessness.

"Ring’s Buddy Watch Walk Pier to Pier," was first started by John Ring, an Army Specialist in the Georgia National Guard,  who serves with the 48th Infantry Brigade. His goal is to walk from Tybee Island Pier in Georgia to the Santa Monica Pier in California. Ring started he helped a female veteran struggling after her service get help at a Veteran's Affairs hospital.

“I still serve and I come from a military family and while you serve you need to help those who have served," Ring told Connecting Vets. "I did a post on social media related to PTSD and an Army veteran reached out to me and explained her story dealing with Military Sexual Trauma (MST) and Post-Traumatic Stress (PTS), and addiction. Before she left the Army she got injured and got addicted to Oxycontin. Got herself in trouble, lost everything, found herself in debt court, was being treated in the county facility and no one there knew what it was like to serve. I went in front of a judge and expressed my desire to her to go to VA." 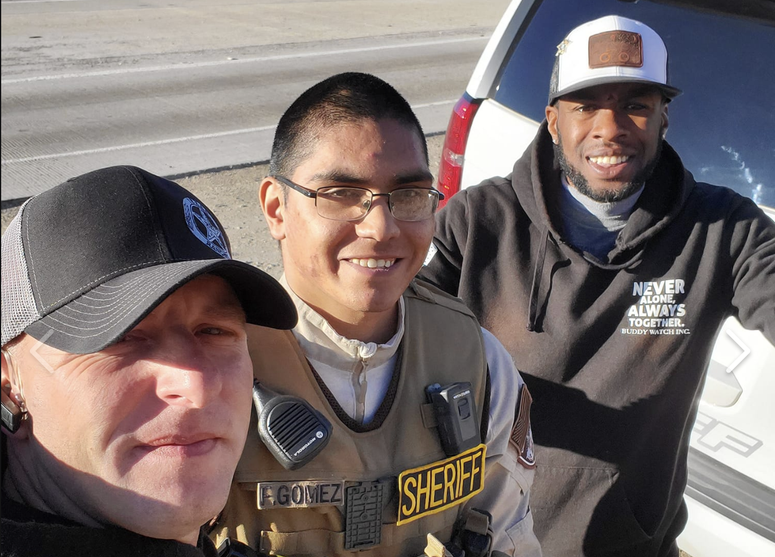 Ring said the courts were not particularly interested in his thoughts on the matter and the judge told him he didn't know who he was dealing with. Ring replied that neither did they. Eventually, the female veteran was allowed to attend a VA program where she received treatment. However, Ring kept seeing other veterans with the same issues and wanted to do something for them. He had a friend who builds tiny houses for veterans and decided to try to help her, so he got rid of all his stuff and hit the road to begin the walk on Oct. 1st.

But he wasn't alone, halfway through his journey Ring was joined by a recently retired Army Master Sergeant named Jimmy Mathews who began to walk with him. He joined the walk just a few days after his retirement after connecting with Ring on social media. He empathized with his efforts after seeing his own soldiers struggle over the years with suicide.

Along the way, the American Legion is playing a supporting role as chapters in Alabama, Mississippi, and Texas have booked Ring and Mathews hotel rooms, gave them places to stay, and kept them fed.

Thanks to the support of the American Legion, the two long-distance walkers only had to sleep outside twice since leaving Montgomery, Alabama.

"It's going great!" Ring replied when asked how the walk was going thus far.

He and Jimmy plan to end their walk at the Santa Monica pier on May 5th, the day World War II ended.