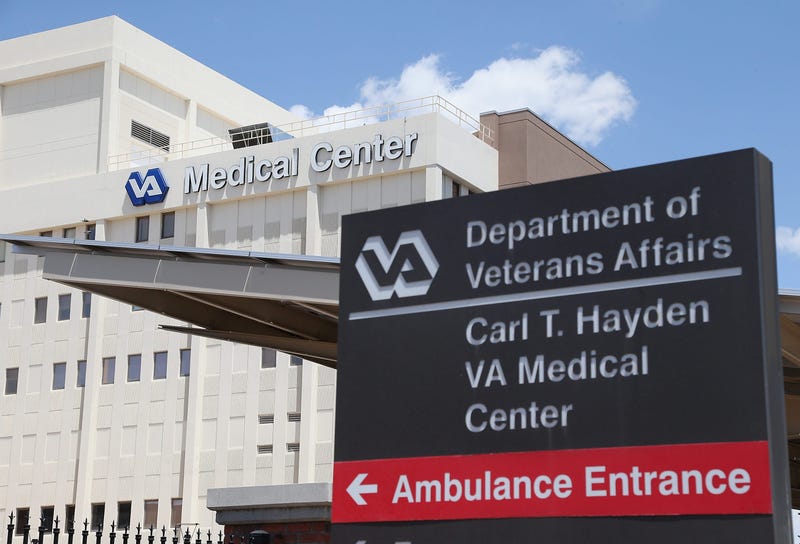 Joshua Kinnard and Edward Hager both served as Infantrymen in the 2003 invasion of Iraq. Both saw combat, both saw friends die, both engaged in firefights with the enemy. Both veterans went to the Arizona Veterans Affairs hospital for help.

Hager was turned away after reporting suicidal ideation and hallucinations according to legal documents submited by his family's lawyer. He went home and shot himself. Kinnard went to VA reporting suicidal and homicidal thoughts but was released sixty hours later with barely any records taken of anything, and no psychological evaluation completed his family's lawyer told Connecting Vets. He returned home, pulled a rifle on police officers and was shot to death.
Kinnard served in the Marine Corps before going on to become a Maricopa County Detention Officer. However, he struggled for years with mental health issues. Local police officers became well acquainted with him and his family as his fiance, Maggie Jones, would often call the police when he would have psychotic episodes ABC15 Arizona reports. Prior to his death, VA released him sixty hours into a 72-hour emergency psychiatric evaluation despite his fiance pleading to hold him longer his family claims. On February 26, 2018 Jones found Kinnard asleep on the couch and when she woke him, he was speaking incoherently, then went outside and sat down in their pool. Frightened, she called the police.

While police officers interviewed Jones, Kinnard walked to his truck while saying loudly, "Where is my gun?" as seen in police bodycam footage that was subsequently released. He reached inside the car, grabbed a rifle, and pointed it at police officers. The policemen opened fire, killing him while his wife pleaded for his life. Both officers were cleared by the department as they had little choice but to kill or be killed a press release from the police department stated after both officers involved were investigated.

According to legal documents submitted by his family's lawyer, Hager served in the Army and was rated 80% disabled due to his severe PTSD.  He also had Traumatic Brain Injuries from four separate IED blasts he was in. He had a history of paranoia, auditory and visual hallucinations, depression, nightmares, and anxiety all of which had been reported to VA. On June 24th, 2018 Hager walked into the VA clinic in Gilbert, Arizona and reported, "I am feeling anxious and need some counseling," going on to report that he had barely slept in days and that his thoughts were, "getting too dark, bringing up past memories." The provider at VA responded by telling Hager to go home, give his guns to someone else for safe keeping, and begin counseling in 30 days. Hager then went home and shot himself.

Richard Lyons is the lawyer representing both the Hager and Kinnard families in lawsuits against Veteran's Affairs.

"In these two cases, both of these cases these veterans had very long track records of very serious mental illness from PTSD," Lyons told Connecting Vets. "In both of these cases the people who were involved in discharge planning either didn't read the records or did and didn't appreciate that these guys were at elevated risk of suicide. It is not like these guys just came in one day and said they had some anxiety and wanted treatment, in which case it would be okay to see them in a few weeks. These guys had suicidal ideation and hallucinations and to release them to the general public is just nonsensical."

When asked if it appeared that VA had violated internal policy when discharging these suicidal veterans, Lyons said the disturbing thing is that there does not appear to be any such policy in place as there would be in a civilian hospital.

"Hospital accreditation offers discharge planning guidelines. Family meetings are part of the process, if they don't have family then roommates or whoever. Talk about what needs to happen, warning signs," Lyons said but that when it comes to VA, "my understanding is that they literally have no protocol."

A spokesperson for the Phoenix VA health care system wrote to Connecting Vets, “our deepest condolences go out to the loved ones affected by these deaths. Due to privacy concerns, we will not be discussing the specifics of these cases."

This story has been updated to include a statement from VA.