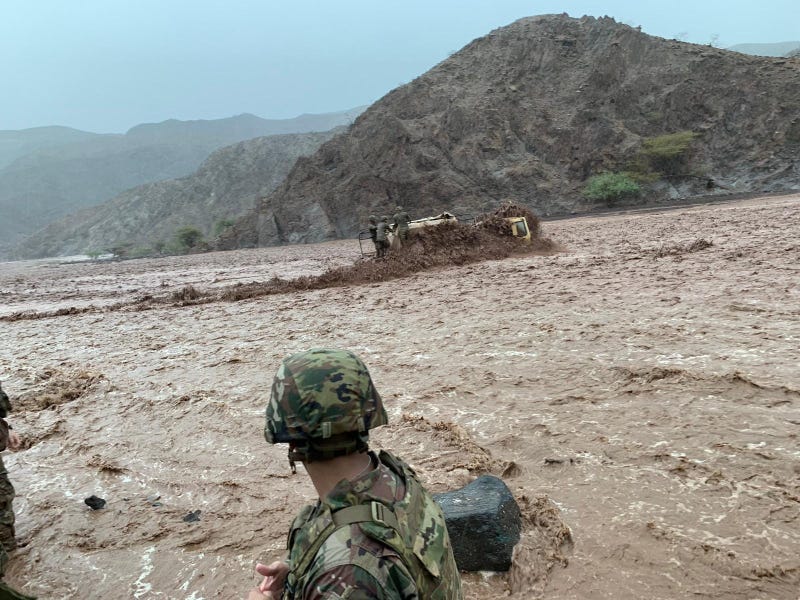 On May 22, 2019, a platoon from Bravo Company, 2nd Battalion, 113th Infantry Regiment belonging to the New Jersey National Guard rolled out from Camp Lemonnier to convoy down to a host nation army base in Djibouti. None of them could have imagined that three of their teammates would nearly die on the way home that afternoon.

The task was routine, go out to the range and have each soldier qualify on the M240B machine gun. A range packet was submitted, and a risk assessment was conducted. While they were at the range, it began to rain. One of the soldiers Connecting Vets spoke to stated the weather forecasts that day included rain. A senior leader disagreed, stating they did not know there would be bad weather until that morning when the Air Force told them there was a storm blowing in from the south.

Whichever the case, when it began raining the operations cell at Camp Lemonnier told the platoon to return to base. As they drove through the narrow passes of the Arta Mountains, the rain increased substantially. In order to escape the weather, most of the soldiers in the back of the first LMTV (Light Medium Tactical Vehicle) transferred to the 2nd and 3rd vehicles which had covered beds. At this point, a flash flood had formed, and a wall of water came rushing towards the platoon as they attempted to essentially drive up river on what had been a dry canyon on their way to the range. That was when the lead vehicle hit a submerged rock. The LMTV ground to a halt, while the other two vehicles veered to the side seeking higher ground.

The lead vehicle which had hit the rock was deadlined in the middle of the flooded plain. Video footage shot by one of the soldiers on his cell phone reveals what happened next. The floodwaters pound into the LMTV, turning it around in the water while the three troops in the cab of the vehicle attempted to escape by climbing out of the back and move towards the bed of the vehicle. The platoon watched in horror as the LMTV began to capsize, rolling over in the water. The three soldiers stranded in the middle of the flood jumped in a last-ditch effort to save themselves. One of the three got slammed into some nearby rocks and his teammates acted fast to form a human chain and wade into the water, recovering him before he could be washed downstream.

The other two soldiers disappeared beneath the muddy waters and were presumed dead.

Without any immediate communications with headquarters, one of the soldiers came upon a passing civilian and used his cell phone to call back to Camp Lemonnier and report the incident. The soldiers back at the base launched a quick reaction force which also encountered difficulties due to washed-out roads and flooding. No one had been anticipating six or seven feet of floodwater, a senior leader in the unit said.

Meanwhile, the two soldiers washed downstream were very much alive. One was washed a few kilometers downriver before he managed to struggle back to the shore. Battered against the rocks, half-drowned, and exhausted, he was separated from his platoon but somehow staggered back to their location and rejoined them. The third soldier was washed farther downriver and nearly out to sea. Closer to the coast, the water spread out into a flood plain and he was able to be recovered by the French military who rendered medical assistance to him and informed Lemonnier they had one of their soldiers. 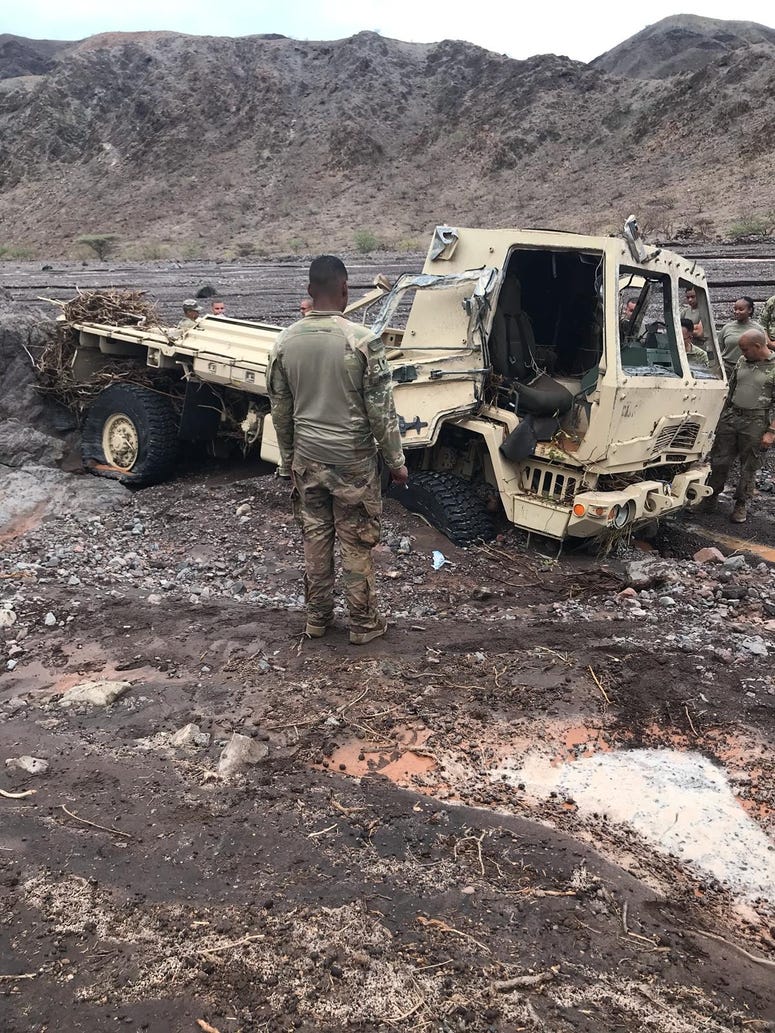 Eventually, all of the soldiers were recovered and returned to base, some evacuated to Germany for further medical treatment before coming back to Djibouti.

Miraculously, everyone survived but some bad blood persists amongst the men who feel their chain of command recklessly sent them to the range that day.

"There was an 'investigation' conducted by the unit itself that concluded nothing," one National Guard soldier told Connecting Vets. However, at least one senior leader felt the incident was an act of God that they could not have anticipated.

"Not in a million years would I have thought there would be six or seven feet of water," he said. "I thought the guys were bullshitting me at first about why they wrecked the LMTV."