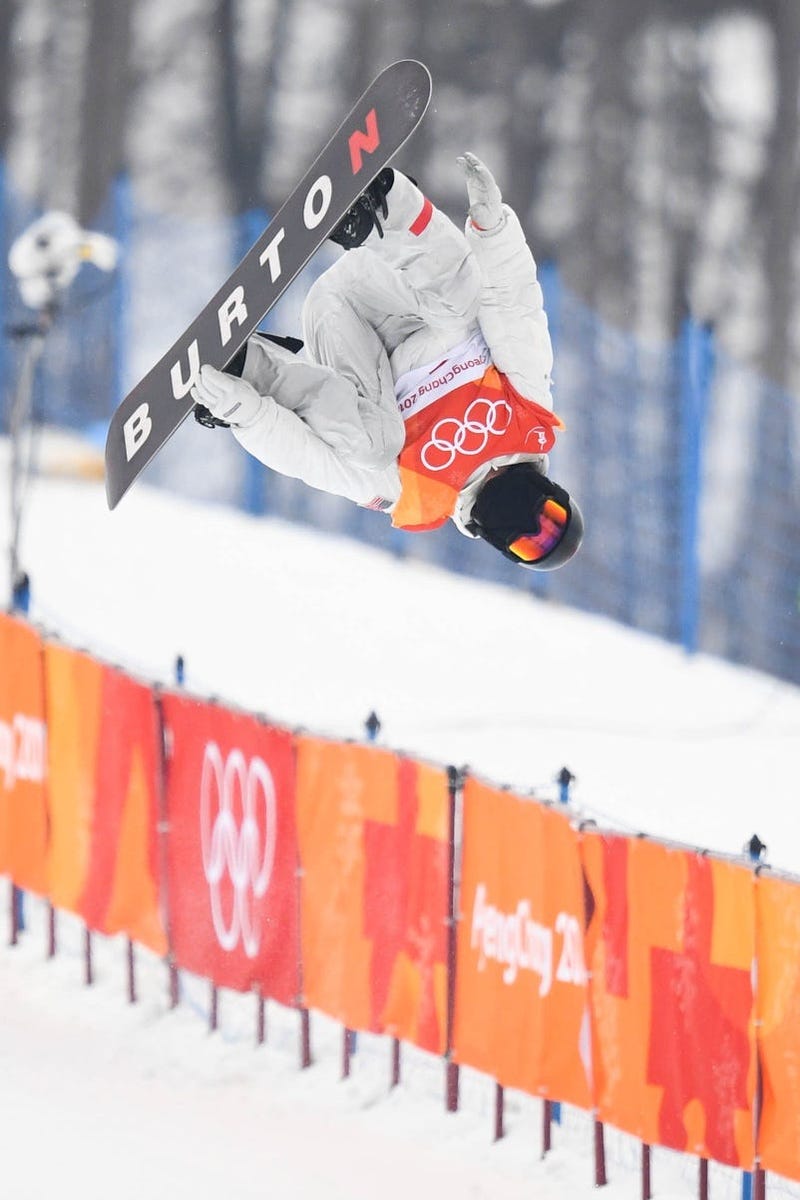 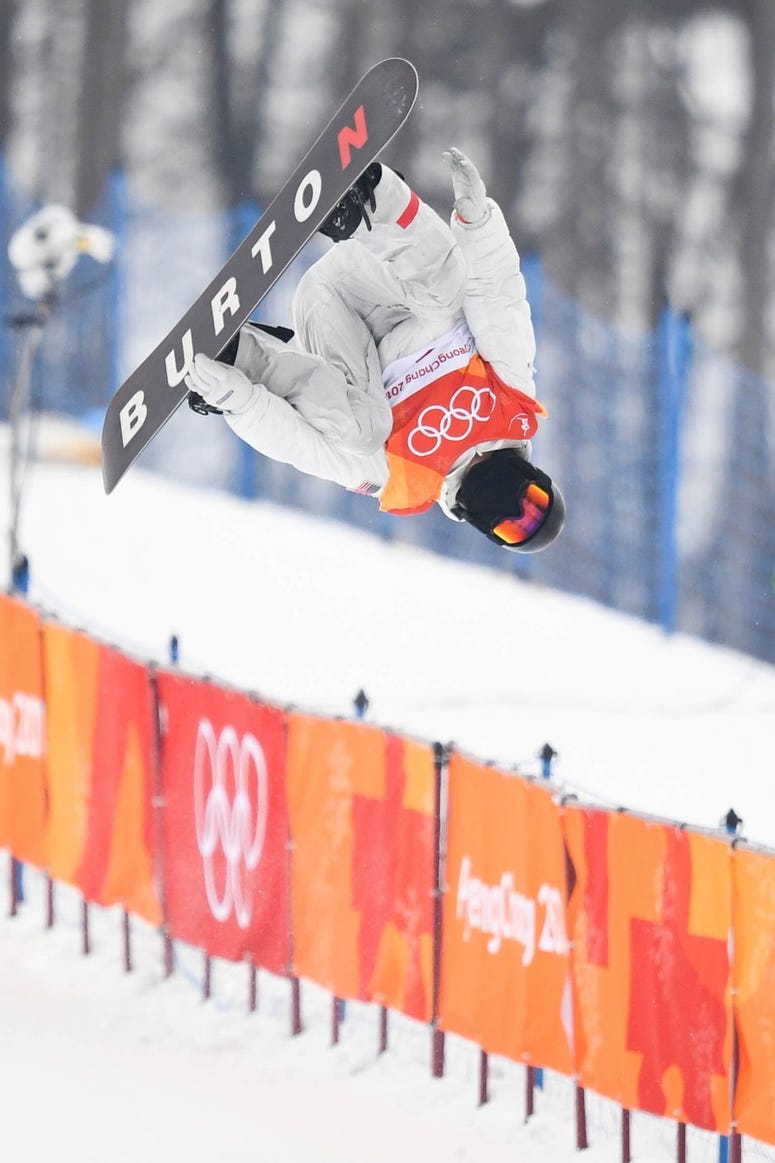 Watching Shaun White's final run in the Men's Halfpipe competition was everything that makes the Olympics great.

After failing to medal at the Sochi Olympics, getting seriously injured while training in New Zeland (he had a nasty "Faceplant') and then trailing behind Japan's Ayumu Hirano with only one run left- he dropped in and nailed it.  He not only gave us the performance of a lifetime, but also introduced us to some terms that rival even the coolest military slang. 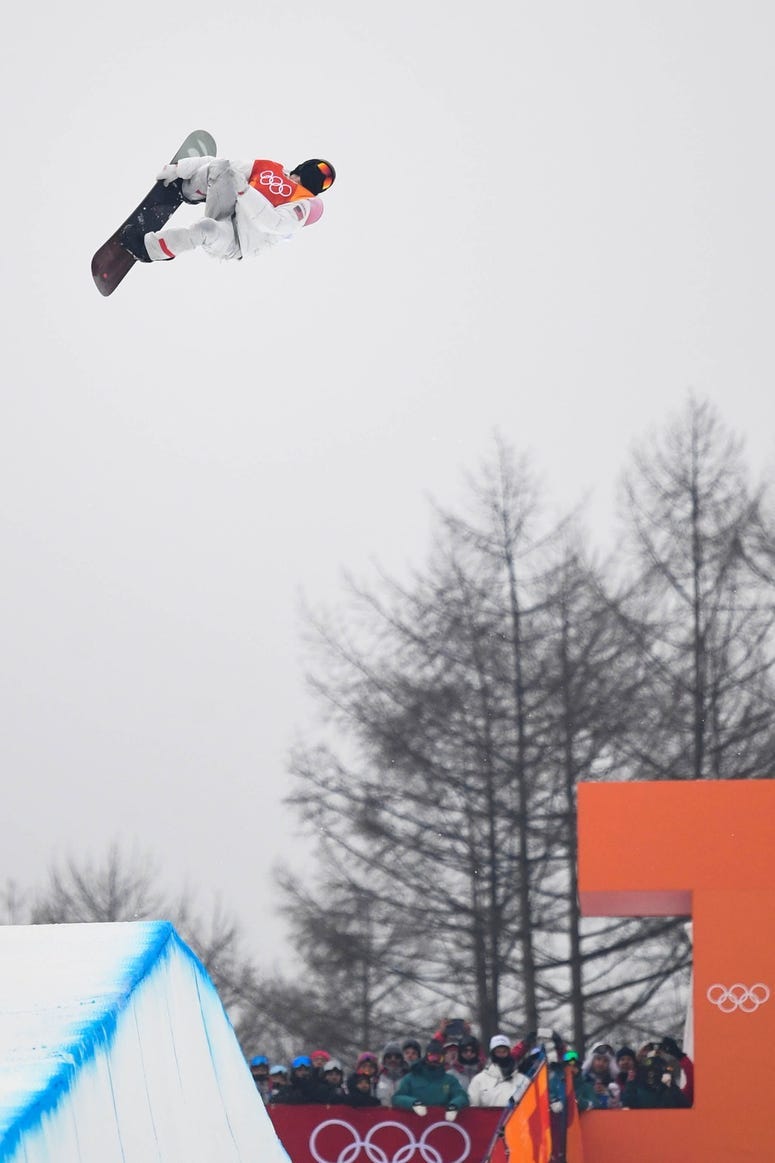 His first two tricks were 1440's ... referring to the number of revolutions he acheived in air. While that's rather obvious, here are some snowboard tricks and terms with crazy cool names:

Crippler- An inverted 540 degree spin performed on the frontside wall of the halfpipe, like an aerial cartwheel.

Bloody Dracula - A trick in which the rider grabs the tail of the board with both hands. The rear hand grabs the board as it would do it during a regular tail-grab, but the front hand blindly reaches for the board behind the riders back.

Faceplant- A hard wipeout that sends the riders face straight into the snow or halfpipe. On any hardpacked surface this one can end a career .. or even a life.

Japan air- The front hand grabs the toe edge just between/on the front foot. However, the arm must go around the outside of your front knee. The board is then pulled behind the rider (tweaked). Note: Advanced riders performing this trick will usually turn and move facing fully forward, or put the nose of the board close to the upper arm or shoulder.

McTwist- A forward-flipping backside 540, performed in a halfpipe, quarterpipe, or similar obstacle. The rotation may continue beyond 540° (e.g., McTwist 720). The origin of this trick comes from vert ramp skateboarding, and was first performed on a skateboard by Mike McGill.

Frontside Rodeo- The basic frontside rodeo is all together a 540. It essentially falls into a grey area between an off axis frontside 540 and a frontside 180 with a back flip blended into it. The grab choice and different line and pop factors can make it more flipy or more of an off-axis spin. It is possible to do it to a 1080 but, if there is too much flip in the spin, it can be hard not to over flip when going past 720 and 900.

Backside Rodeo flip - A backward-flipping backside spin. Most commonly performed with a 540° rotation, but also performed as a 720°, 900°, etc..

Rocket Air- Both hands grab the nose of the board, while the rear leg is boned and the front leg is pulled up.

Wildcat -A backflip performed on a straight jump, with an axis of rotation in which the snowboarder flips in a backward, cartwheel-like fashion. A double wildcat is called a supercat.

Cannonball/UFO- A trick in which the nose and tail of the board are grabbed simultaneously.

Chicken salad -A trick in which the leading hand passes through the legs from the front and grabs the heel edge between the feet. 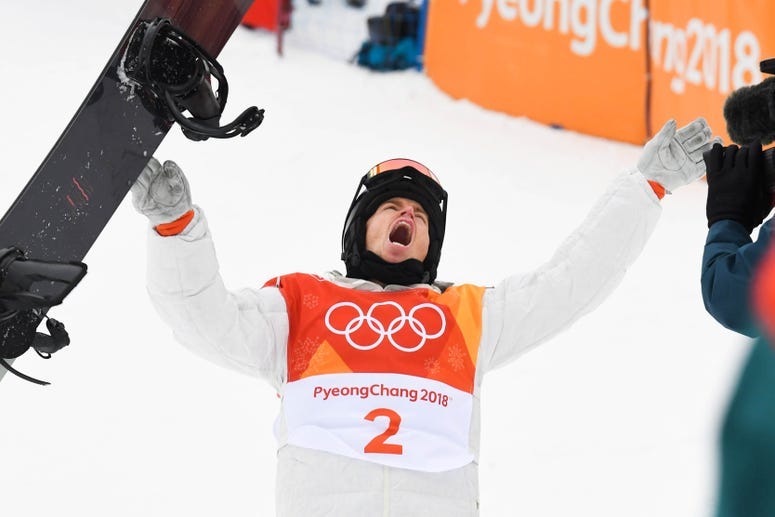 So, let's salute Shaun White for bringing home the gold for Team USA, and having the "brass ones" to attempt those tricks.

And now having learned some snowboard lingo, even my favorite military inspired terms like; FUBAR, Soup Sandwich and Blue Falcon suddenly don't seem as cool.