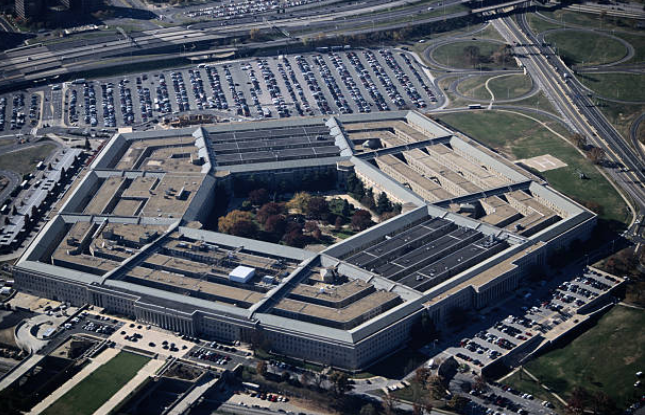 To be clear, the Pentagon is not producing a show on the newest branch of the military.

But Steve Carrell and Netflix are -- and they just released the show's first trailer.

"Space Force" is a "The Office"-esque comedy about a four-star general "begrudgingly teaming up with an eccentric scientist to get the U.S. military's newest agency — Space Force — ready for lift-off."

"This is a great adventure we are embarking on today," Gen. Mark Naird (a.k.a. Carrell's character) declares. "There will be setbacks, but greatness was never won without sacrifice."

And, just as we hoped, the trailer promises that Naird's leadership will be a "complete sh-- show."

We are very excited about the series -- more excited, perhaps, than we are about the actual branch.

After all, can you guess which Space Force snagged the Twitter handle @realspaceforce? Hint: It wasn't the Department of Defense.

The show is scheduled to premiere on Netflix on May 29.

Note: We in no way mean to belittle the accomplishments of those service members signing up to form the newest service branch, including these recent Air Force Academy graduates.