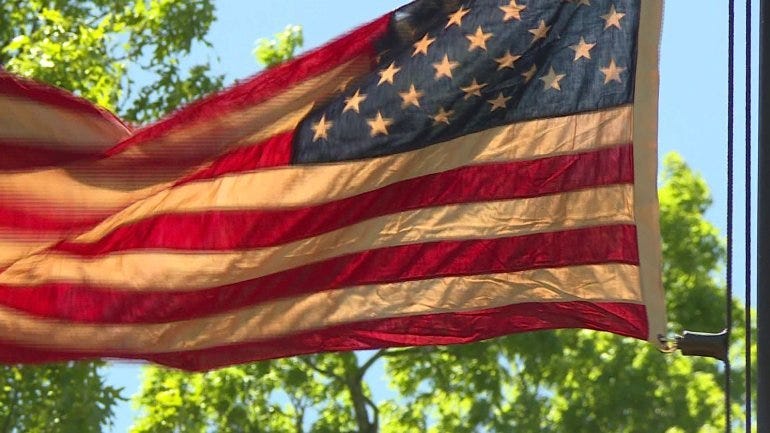 A huge crowd surrounded Marine veteran Richard Oulton on Saturday as he raised an American flag that flew over his bunker in Vietnam 52 years ago on a new flagpole outside his Henrico County, Va., home. 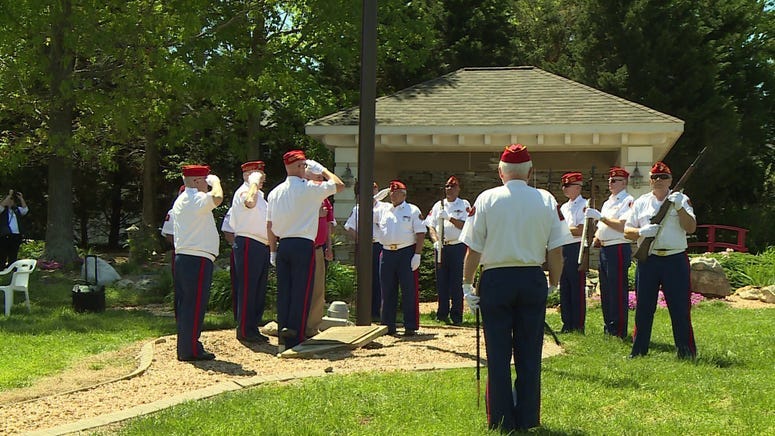 Oulton was ordered by the Wyndham Homeowner’s Association to take the flagpole down in 1999 because it was too tall. That sparked a legal battle that eventually led to the Supreme Court, which decided in favor the homeowner’s association.

“I just thought if I had perseverance and stuck with it, eventually right would rule over wrong and we would have our flagpole back,” Oulton said.

Vietnam veterans flag will fly once again, 20 years after it came down

Oulton lost the Supreme Court battle, but after a recent poll of Oulton's neighbors found support for the reinstallation of the pole, the homeowner’s association reversed its stance, allowing the flag to fly again.

Oulton earlier said that the flag was not only a visual representation of the country but paid tribute to the memories of the Marines he served with in Vietnam. It flew, he said, “for 749 Marines I served with, for their memory.”

Our flag through the eyes of a Gold Star spouse