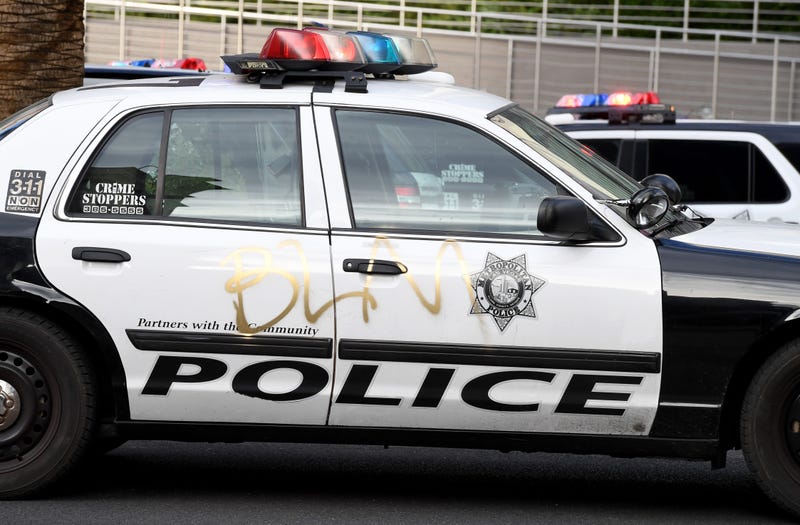 It was Hunter S. Thompson who said that, "when the going gets weird, the weird turn pro." The story of Marine veteran Zachary Sanns, who allegedly impersonated federal agents at protests, is about as weird a story as they come.

When a tattooed man outfitted with an AR-15 rifle, ballistic helmet, body armor, night-vision goggles and generally dressed like a plainclothes police officer appeared amongst police officers and protestors in Las Vegas, it aroused the suspicion of local cops on the scene.

When he showed up at the protests on May 30 and tried to join in the police skirmish line, a deputy informed him that he did not need him provoking protestors with his rifle. When the deputy asked Sanns who he was, he implied that he worked for Homeland Security Investigations. When asked by a different police officer during the same event, Sanns replied, "I'm with the State Department. They deployed us out here," according to the indictment. A third law enforcement officer recognized the tattoos on Sanns' arms.

One tattoo was "0351" which is the designation for Marine Corps infantry. Another was the Waffen-SS twin lightning bolt insignia of the notorious Nazi unit responsible for war crimes and participation in the Holocaust. In the past, Marine scout-snipers have co-opted the Nazi insignia for their own use without Marine Corps authorization.

When the third police officer made some calls to find out who the man was trying to integrate with police officers during the protests, he found that a man fitting his description had already lodged a complaint against the Las Vegas police department alleging that officers had blown kisses to his wife. Sanns' wife is an active Las Vegas police officer. The internal affairs investigation found Sanns' allegations to be without merit, the indictment says.

But the story continues to get stranger.

Sanns allegedly told other police officers he worked for the CIA, and he was known in his wife's police department for trying to integrate himself into their training and even "self-deploying" while she was on the job to assist her. The indictment states that a sergeant in her department was invited to Sanns' house for a Christmas party in which he showed the policeman his collection of firearms, including fully automatic weapons, the indictment alleges.

At the protests, reporters snapped photos of Sanns in the crowd, some of those photos showing him wearing patches on his body armor that said "federal agent" and "homeland security" and revealing his Marine Corps and Nazi tattoos.

On June 9, ATF agents executed a search warrant on Sanns' residence and took him into custody. They recovered the tactical gear that he was wearing during the May 30 protest and arrested him for impersonating a federal agent. During a police interrogation at the station, Sanns claimed that he never said that he was a federal agent, the indictment alleges. However, he went on to tell the officers that he is a, "off the books" contractor for a federal agency.

Records show that Sanns served in the Marine Corps from 2011 to 2016 and that he was briefly a contractor with the Navy for less than a month in 2019.