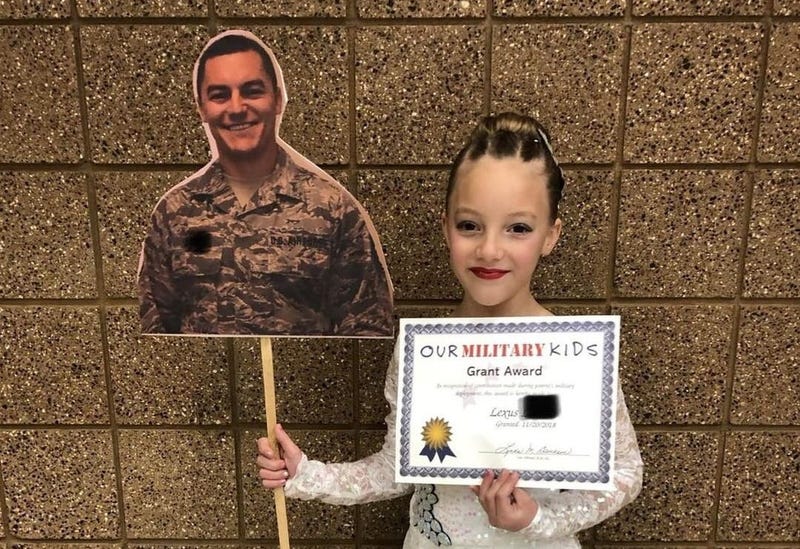 When a member of the National Guard or Reserves deploys it turns life upside down for those they love. Even though it is a difficult time adults are generally prepared, and equipped, to handle and understand the effects of long-term separation during a deployment. Their children, more often than not, struggle while mom and dad is gone.

One thing that can help take their minds off of things during those trying times is getting out of the house and staying active. Our Military Kids (OMK) is an organization devoted to helping them do just that by offering grants of up to $300 for any activity the child is interested in. And they do mean literally any legitimate activity according to Executive Director, Army vet Rob Clapper.

Happy #InternationalWomensDay to all of our strong, resilient military daughters! ❤️

“THANK YOU all for this amazing grant so our daughter can enjoy #TaeKwonDo while her daddy is deployed!!!“ - Christine#KnowYourMil #MilitaryKids #FridayFeeling pic.twitter.com/t2VnMZrH3K

"In 2018 we actually gave a grant for logrolling, for a child to do logrolling, and one for bull riding," says Clapper. "We don't dictate and put restrictions on what they can and can't do."

Since the organization's founding in 2004, OMK has awarded over 65,000 grants for a total of over $26 million. In 2018 alone 4,437 grants were awarded to the tune of nearly $2 million. While Clapper says the majority of grants go to athletic activities, there are also a number for the arts, summer camps, and even academic tutoring.

"It's really whatever the family and the child gravitate towards and that they're gonna find a little bit of peace and a lot of happiness during this trying time for the family while one of the parents is deployed," explains Clapper.

Military kids are STRONG, even through multiple deployments. This is Israel's second grant for #AAUBasketball, so he can play while his father serves our country! 🏀
April is the #MonthOfTheMilitaryChild. Learn more & give back at https://t.co/6y6yllHPwq! 🇺🇸 pic.twitter.com/pINYE1wKNo

The results of that peace and happiness have paid off, according to follow-up research. Clapper says about 73% of kids awarded grants saw academic improvement and 95% reported a decrease in their stress and anxiety levels.

"The unfortunate part of the work we do is we are seeing continual growth," Clapper says. "We provided over 20% more grants in 2018 than we did in 2017 and we are actually on par to do, probably, about 18% over last year. So even though combat operations continue to shrink, our mission, we are seeing, is continuing to grow."

Listen to the full interview with Rob Clapper below.

Want to get more connected to the great stories and resources Connecting Vets has to offer? Click here to sign up for our weekly newsletter!