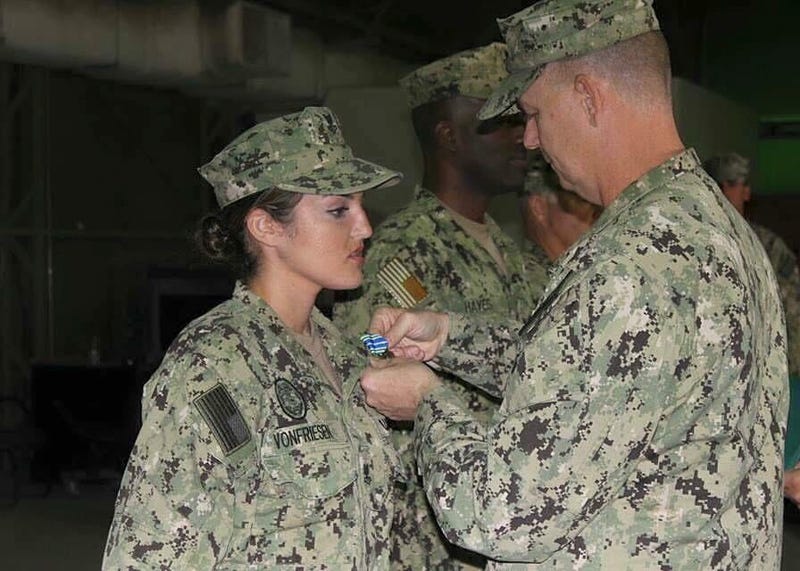 According to Navy veteran Pamela Heal, women in the military have to choose between being either a “bitch” or a “slut.” She chose “bitch,” but after experiencing sexual harassment while in uniform, her fellow sailors labeled her as the latter.

Heal enlisted in the U.S. Navy in 2006, shortly after finishing high school. She served as a master-of-arms, specializing in anti-terrorism and force protection. The military, as she describes, was her way out of a tough upbringing.

“I grew up in an abusive household. My mother battled mental illness,” said Heal. “This [military] is how I’m going to propel myself into a place where I don’t have to live in that kind of world where I grew up in.”

The nature of her job often placed Heal in mostly-male work environments. And while battle buddies are supposed to protect each other, Heal discovered it was her fellow sailors who would betray her.

Fresh out of boot camp, then 18-year-old Heal was serving in a naval support command in Saratoga Springs, NY. She was one of few women in the unit who worked alongside higher-ranking male enlisted personnel.

While on 12-hour watch duty with a male E-5, Heal told him she needed to leave her post to use the restroom.

“You’re not gonna do that until you suck my dick,” he said, according to Heal. She refused and he didn’t let her leave and forced her to watch him pleasure himself, into a nearby water bottle.

“I was just so scared,” said Heal. “I was a young, impressionable sailor with very little experience and this was a much more senior individual with lots of experience, lots of ribbons and deployments under his belt—he knew how this shit worked and I didn’t.”

Heal immediately told her supervisor and filed a report but was quickly told she was “making trouble for someone with a wife and kids.”

Connecting Vets contacted Naval Support Activity Saratoga Springs but they did not respond to requests for comment.

While assigned to a different watch station word got around of her report. Soon, Heal said she was labeled a “whore,” “liar,” and “troublemaker” by those she served with.

This was her first incident of sexual harassment. Heal would experience a total of eight events like this during her eight-year enlistment. While she reported two of them, she recalls they were swept under the rug by her command and the sexual assault and prevention representative (SAPR).

The first time Heal was harassed, the Department of Defense Sexual Assault Prevention and Response Office (SAPRO) was in its infancy and she was beginning to receive training about filing complaints.

While each service has a unique prevention program and tracks assaults individually, service members like Heal believe the root issue is more than just reporting.

“The alienation starts the moment you report,” said Heal. “There was still this just really strong oppressive culture in the military to kind of hold women down in these situations…getting justice is really hard when you’re just labeled a liar who never was able to prove that she was raped.” 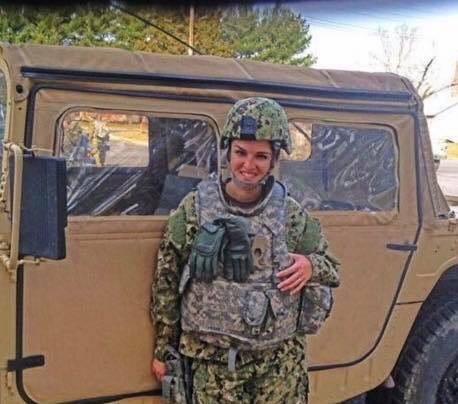 In the five-plus years since Heal has left the Navy, her transition has gone through a series of up and downs. During her first year of separation, she experienced divorce, the death of her mother, and a host of unhealthy relationships. Heal worked in the hair care industry and had a small community of friends in San Diego, California where she moved but her previous trauma continued to build.

“The amount of stuff that I had dealt with, I just felt that it was too much to bring to anyone,” Heal recalled.

She experienced “triggers”—instances reminding her of the military sexual trauma she had suffered. These triggers eventually led to substance abuse.

“There’s just drugs everywhere,” said Heal. “I could literally walk into a bar right now, in the middle of the day, and say ‘Who has some blow?’ and I could get it.”

Heal used cocaine, ketamine, and even mushrooms—simultaneously. She says it’s a miracle she’s even alive.

Eventually, Heal found herself in bed downing a bottle of Nyquil liquid and capsules, hoping to end her life. She woke up the next morning both alive and realizing the seriousness of her situation, and immediately checked herself into treatment at a VA hospital.

Through her counseling and group sessions at the VA, she first heard the term Military Sexual Trauma (MST).  Now, she had a name to identify what she was experiencing and a community of women who understood what she was going through.

“I was just so honest, like ‘Hey I do all the drugs’  and ‘Hey I wanna die,’ and ‘Hey I’m tired of feeling like the way that I look is a problem and it’s my fault that people attacked me,’” she said.

Heal’s openness to share her trauma in counseling and through social media led to the Military Sexual Trauma Movement. The organization was founded by Janelle Mendez, a Marine Corps veteran and MST survivor who wanted to create a grassroots platform to support men and women who are victims of MST, a growing population based on a Pentagon survey that shows sexual assaults across all the services increased to more than 20,000 in 2018. The group is currently working with legislators to pass a number of laws including extending state benefits to MST survivors who received bad paper discharges and legalizing marijuana to aid veterans who use cannabis to treat post-traumatic stress.

Currently, Heal serves as the executive director of civic engagement, telling her own story to community leaders and members of Congress in the hopes of increasing visibility for the growing number of sexual assaults and harassment incidents in the military.

According to a Department of Defense 2018 data, the Navy reported 1,151 unrestricted and 555 restricted reports of sexual assault

The movement has given Heal a purpose and therapy from VA has helped her make a path towards recovery.

“There are some days where I have to face things that live inside of me that I don’t like at all, and that’s really triggering, but it has to be done in order to heal,” she said.