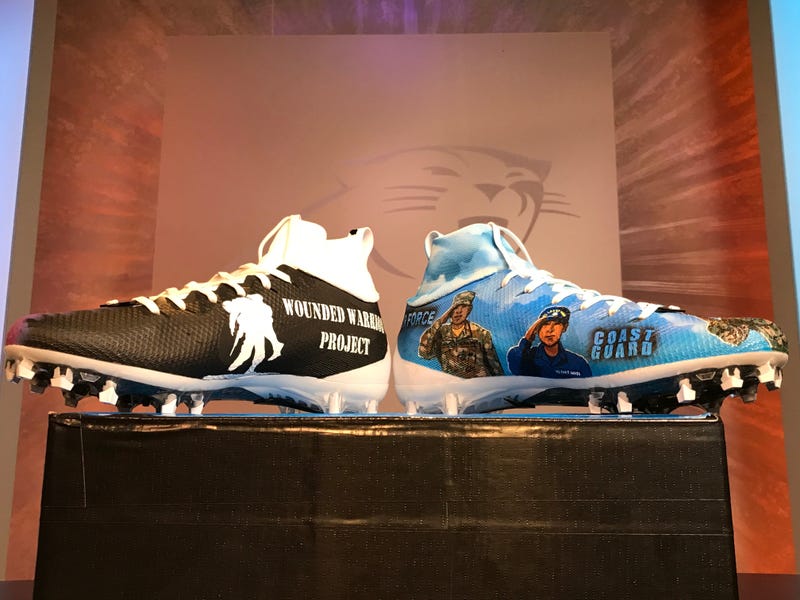 Over the weekend, wounded warriors were in the spotlight on a National Football League field thanks to My Cause My Cleats and Christian McCaffery.

My Cause My Cleats gives NFL players the opportunity to represent a charitable organization during Week 14 of the season. Cleats are then auctioned off — 100 percent of the money raised at the NFL auction goes to the causes featured which include cancer awareness, health, social justice, mental health, youth, gun violence protection, and hundreds more.

"I think the biggest thing for me is just spreading the awareness of the actual sacrifice these people are making. That's the story I want to paint," McCaffery said.

Veterans from Wounded Warrior Project were invited to spend a day with McCaffery at the Bank of America Stadium in Charlotte, N.C. as part of the program.

"It really hit me when they said that watching football was their getaway. You really want to put on a show for them. It makes football more than just a game," McCaffery said.

“Our players are passionate supporters of many charitable causes and serve as changemakers in their communities," said NFL Commissioner Roger Goodell. "We are excited to build upon last year's success and work with our players to expand this unique platform that enables them to raise awareness for causes they support.”