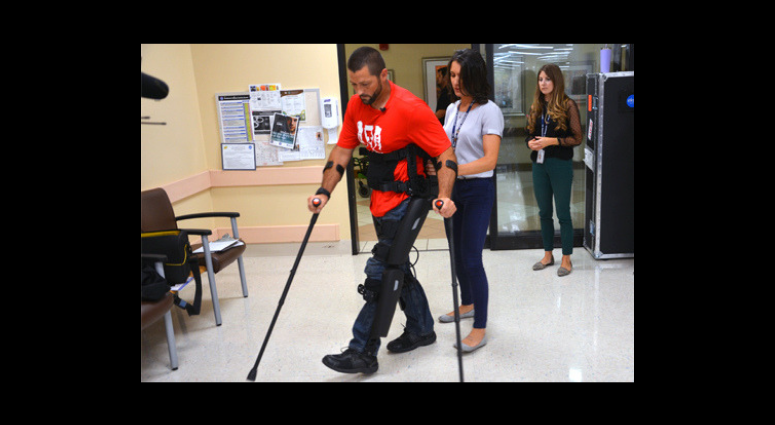 He trained for more than a year, but it was worth it.

U.S. Marine Corps veteran Tim Conner is taking his first steps on his own again after using a wheelchair for nearly nine years. Thanks to a pair of bionic legs and the staff at the James A. Haley Veterans' Hospital in Tampa, Conner took his first steps on May 30, making him the first patient at the Tampa VA to receive an exoskeleton suit.

And for Conner, it came not a minute too soon. In fact, Conner was so excited to get back to walking, he showed up for his appointment a little early. As in, a full week.

“I’m not 3-and-a-half, 4 feet tall anymore. I’m back to 5-8,” he said. “Not only can I stand up and look eye-to-eye to everybody, I’m not always kinking my neck looking up at life. It’s been able to allow me to stay motivated, to stay healthy because you have to be healthy to even do the study for this program. That is going to keep me motivated to stay healthy and live longer than what could be expected for the average person in my situation.” 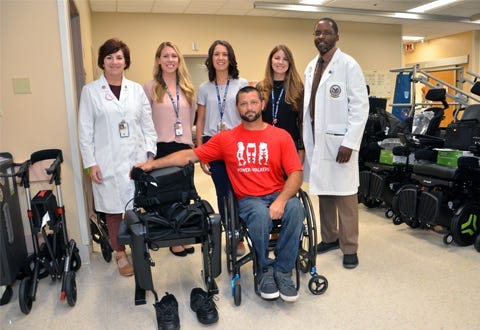 Conner, who served two tours in Iraq, was left paralyzed from the waist down after a motocross accident a year after leaving the Corps in 2010. He described walking in the exoskeleton as "a mixture Robocop, Ironman, and Forrest Gump" and he loves seeing peoples' faces when they see him using it.

“It is pretty cool, especially when you’re walking, and people are like, ‘Oh my God, look at this guy. He’s a robot,’” Conner said. “But on a serious side, I can’t imagine walking without it so it’s just a normal way of walking. It feels the same way it did if I didn’t have a spinal cord injury.”

However, an exoskeleton like Conner's is not cheap, with some versions costing as much as $100,000. But that isn't stopping the VA from investigating whether they will help other paralyzed veterans.

“We wanted to know that the patient – when they get it – they’re actually going to utilize it in the community,” Dr. Kevin White, Chief of Spinal Cord Injury Service at the Tampa VA, said. “If they’re showing that benefit, the VA has made a commitment make sure that any veteran who needs it and qualifies, whether it’s a spinal cord injury and even stroke, that they have that opportunity, and we provide it free of charge.”

The exoskeleton works when Conner shifts his weight forward which triggers sensors in the suit which help move his legs before his upper body catches up thanks to a pair of crutches.

While Conner is excited to get back on the move in his legs, his grandfather, a Korea and Vietnam Veteran, might be more excited.“The last time he saw me in them was on July 4th, and he about cried,” Conner said. “Now he’s been like, ‘Are you going to get them? Are your legs coming?’ He’s more excited than I am.”