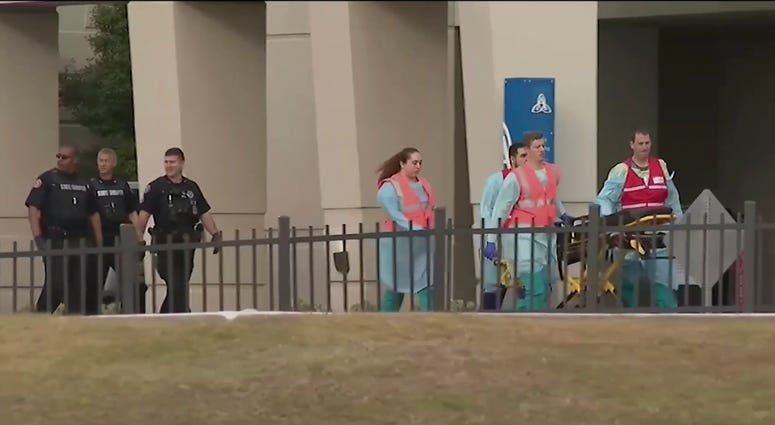 The gunman,  21-year-old Mohammed Saeed Alshamrani,  was training at the Florida base when he opened fire inside a classroom on Dec. 6, 2019, killing three and wounding two sheriff's deputies before being shot and killed, according to reports.

Attorney General William Barr said Alshamrani acted alone in what he called an act of terrorism in January. Alshamrani had two cell phones at the time of the attack, according to Barr. One of those was damaged during the shooting and Alshamrani put the other one on the ground and shot it.

During a press conference Monday, Barr criticized Apple for not helping investigators unlock the phones while praising the FBI agents who ultimately did.

“The FBI finally succeeded in unlocking the phones,” Barr said. “The information from phones was invaluable in protecting the American people.”

That information provided proof that Alshamrani was linked to al Qaeda’s affiliate in Yemen, which later claimed responsibility for the attack.

“The information we’ve been able to obtain from the killer’s devices is it’s actually the culmination of years of planning,” FBI Director Christopher Wray said of the shooting.

Barr and Wray appeared together at a news conference in Washington, D.C.

Alshamrani had been in the U.S. since 2017 as part of a U.S. program to train members of the Royal Saudi Air Force. A Justice Department investigation found 21 Saudi trainees possessed "derogatory material" on their social media profiles and were sent back to their home country.

Defense Secretary Mark Esper said in a statement that the DoD is incredibly grateful for the FBI’s work in investigating the shooting.

''Based on the FBI findings, and in addition to already executed protective measures, the Department will take further prudent and effective measures to safeguard our people,” he added.

Following the attack, DoD ordered a stop to all international military student operational training at U.S. installations and directed a review of all vetting and security procedures.

Within two weeks of the incident, Esper greenlighted an extensive list of findings and recommendations that were implemented across each of the service branches. These included additional measures for background checks and new physical security procedures, specifically:

Want to stay more connected to all the stories and resources Connecting Vets has to offer? Click here to sign up for our weekly newsletter.