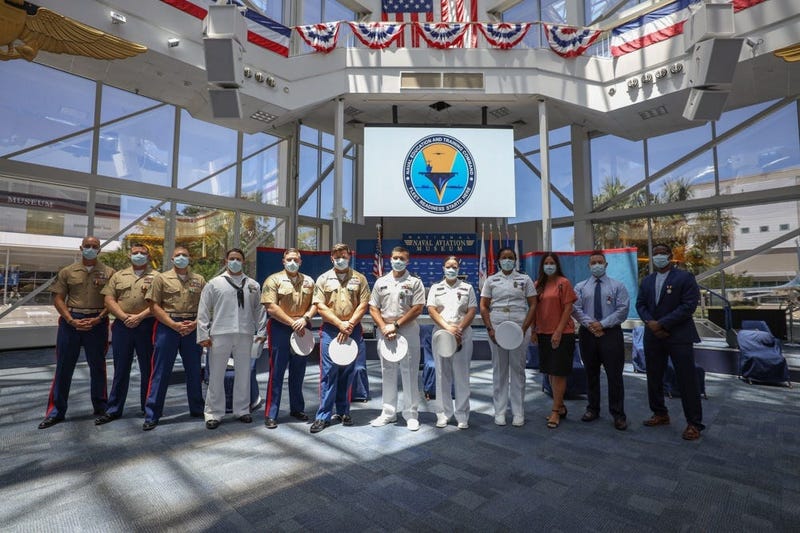 The Navy recognized 12 sailors and civilians for their actions during the Dec. 6 shooting at Naval Air Station Pensacola that killed three sailors and injured eight others. Some of those injured were among those receiving awards.

The gunman, 21-year-old Mohammed Saeed Alshamrani, was training at the Florida base when he opened fire inside a classroom on Dec. 6, 2019, killing three. The attack has since been deemed an act of international terrorism by the Federal Bureau of Investigation which is still investigating the shooting.

Ensign Joshua Kaleb Watson and Naval Aircrewmen Mechanical 3rd Class Mohammed Sameh Haitham and Cameron Scott Walters were killed in the attack. Naval Air Crewman (Helicopter) 2nd Class Carl Daniel, one of the awardees, said he hoped the loved ones of those killed were doing well.

“I joined the Navy to be a rescue swimmer knowing that one day my number might be called to save someone. I wish it had not been under these circumstances. At the end of the day, I did what I did and I would do it again without skipping a beat,” he said. “I hope the loved ones of the deceased are doing well and that they can rest assure that we have the watch.”

Daniel was awarded the Purple Heart and Navy and Marine Corps Commendation Medal for providing first aid to critically wounded personnel at the scene.

"It's great that we are all being recognized for our actions, but I feel that we did what any other Marine or Sailor would do when put in the same situation," said Staff Sgt. Andrew J. Pfannenstiel, an instructor at MATSG-23, who was awarded the Navy and Marine Corp Commendation Medal for delivering medical supplies and assisting others in treating wounded personnel.

The shooting resulted in a string of investigations into not only Alshamrani's actions and affiliations but also into the vetting process the Department of Defense uses to ensure foreign nationals admitted to U.S. military training programs are not a threat. The DoD investigation into that process resulted in the implementation of additional restrictions and requirements on foreign students.

Most recently, the New York Times published a report that detailed how Alshamrani infiltrated the U.S. military's training program at Pensacola. According to the Times, "breakdowns" in the vetting process occurred at "virtually every step" of that process -- Alshamrani's social media accounts were not adequately screened and his lack of direct ties to another terrorist group helped him slip through the cracks that existed in the vetting procedures.

The FBI's investigation into the incident is still ongoing.