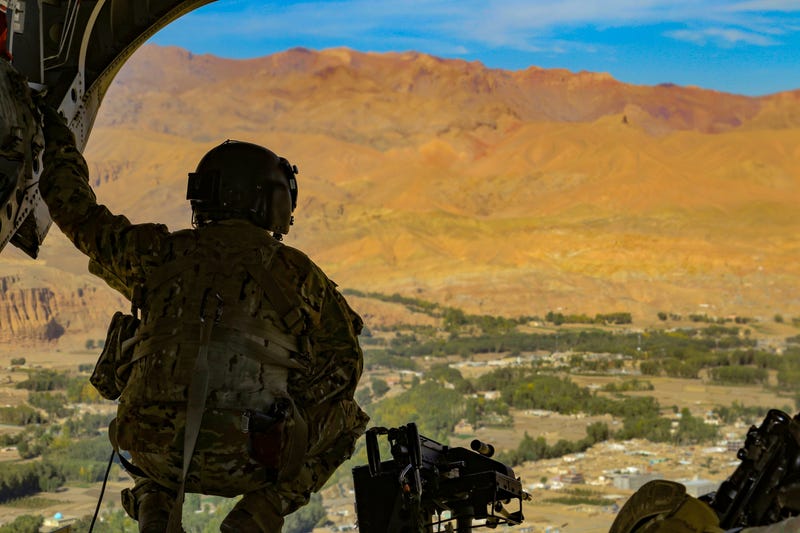 After the Washington Post's "Afghanistan Papers" were revealed earlier this week — reporting that military leaders have misled the American public about the war in Afghanistan since the very beginning — the current Pentagon administration has promised, "to continue to be open, honest, and transparent."

"I know from this administration, this secretary, we will always endeavor to be as open and transparent with the American people and to show our work and be honest about it," said Assistant to the Secretary of Defense for Public Affairs Jonathan R. Hoffman.

The "Afghanistan Papers" included content from hundreds of interviews with national security leaders involved with the war in Afghanistan since October 2001. The report incorporated 2,000 pages of previously unpublished notes that revealed a lack of direction, understanding, and transparency among even the highest-ranking military officials. In short, the American public had been provided with inaccurate or incomplete information regarding the war.

The Washington Post pointed out that, "as commanders in chief, Bush, Obama and Trump all promised the public the same thing. They would avoid falling into the trap of 'nation-building' in Afghanistan. On that score, the presidents failed miserably. The United States has allocated more than $133 billion to build up Afghanistan — more than it spent, adjusted for inflation, to revive the whole of Western Europe with the Marshall Plan after World War II."

All told, the United States has spent around a trillion dollars on the war in Afghanistan.

The Afghanistan Papers: "US government has misled the public about the war since the beginning"

Aside from the monetary impact, the "Afghanistan Papers" reported that statistics were "distorted" to "make it appear the United States was winning the war when that was not the case" — the government "routinely touted" these statistics that officials knew were distorted.

When asked how the American people were meant to trust any messaging from the Pentagon after learning of the inaccurate information outlined in the "Afghanistan Papers," Hoffman suggested this may not have been the case.

"I'd quell with the idea that we weren't providing (accurate information) in the past," Hoffman said. "I think what we see from the report from the Washington Post is looking at individuals giving retrospectives years later on what they may have believed at the time."

"This department has attempted to be honest, open, transparent in all of its actions with the American people," Hoffman added. "You can see the fact that these interviews that make up the basis of this report from the Washington Post were interviews given to Congress's special investigators with the intention of being public. I don't follow those interviews — given with the purpose of going to Congress and going to the American people — show any sign of being dishonest."

Despite repeated statements regarding the current administration's willingness to be "open, honest, and transparent," however, Gen. Austin Miller, commander of NATO's Resolute Support mission in Afghanistan, has not participated in a press briefing since he took command. While he briefed Congress just this week regarding the status of operations in Afghanistan, the hearing was closed to the public.

"He was briefing the American people's representatives in Congress on what's going on in Afghanistan," Hoffman said. "Once again, I can just speak for this administration and this department today and the fact that we're going to continue to be open, honest, and transparent with the American people. That's the direction I have from the secretary and that's the direction that all of us have."

According to the Afghanistan Papers, it is estimated by DOD and the Costs of War Project at Brown University that 157,000 people have died in the war in Afghanistan since 2001, including 2,300 American soldiers, 3,418 U.S. contractors, and 1,145 NATO and coalition partners.