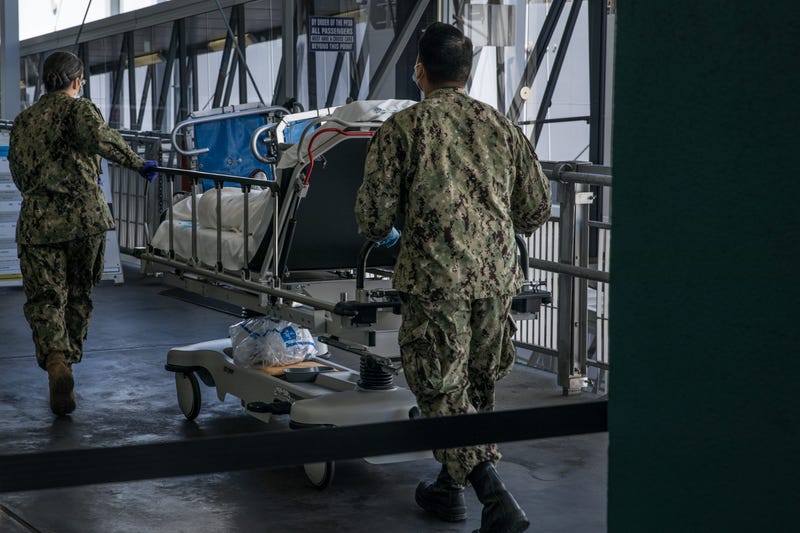 Over the weekend, the active-duty Department of Defense component saw an 84 percent increase in reported cases of the coronavirus from 309 to 569.

But figures such as those may soon be something of the past.  After weeks of press briefings and reports the United States military says we can expect to see less and less information as the pandemic develops.

Recently, different commands have been releasing piecemeal information from within their own specific ranks. For example, the Pentagon's first internal COVID-19 case was reported last Wednesday; the Air Force Academy reported its first cadet diagnosed with the disease over the weekend; Operation Resolute Support confirmed four cases among its ranks in Afghanistan last Tuesday; and the Navy provided updated information throughout the week regarding the number of confirmed cases aboard the USS Theodore Roosevelt.

But the flow of information from individual commands, installations, units, and operations will also likely soon slow or even stop completely.

The Department of Defense confirmed to multiple media outlets last week that it would move to provide less information to the public regarding where and within which branch these cases are being diagnosed for operational security purposes.

"As we confront this growing crisis, and out of a concern for operational security with regard to readiness, we will not report the aggregate number of individual service member cases at individual unit, base or Combatant Commands," Pentagon spokesperson Alyssa Farrah said in a DoD press release on Monday. "We will continue to do our best to balance transparency in this crisis with operational security."

“I’m not going to get into a habit where we start providing numbers across all the commands and we come to a point six, seven weeks from now where we have some concerns in some locations and reveal information that could put people at risk,” Secretary of Defense Mark Esper told Reuters last week.

Moving forward, each individual service will provide daily public updates and the Department of Defense will continue to offer updates of the full number of cases in all services and of civilians, contractors, and dependents.

So those seeking information will now likely have to rely solely on the DoD's reporting kits. 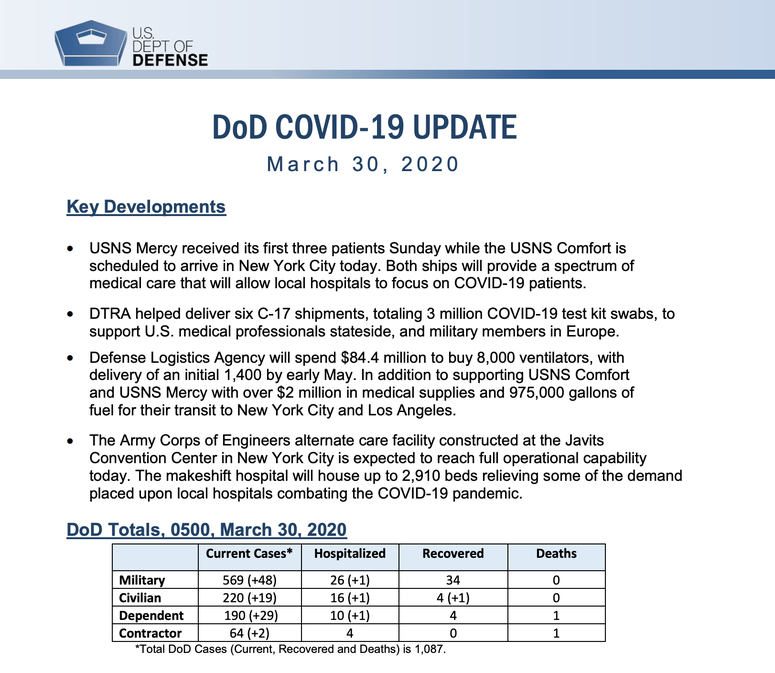 These kits, sent out each weekday generally between 9 a.m. and noon, include information about ongoing efforts, press events, and information regarding the overall number of confirmed positive COVID-19 tests among the active duty, civilian, dependent, and contractor components.

As the DoD works to limit and streamline how information regarding COVID-19 within its ranks is disseminated, it has gone largely quiet. While the previous weeks have seen multiple press briefings from senior military officials a day, no such press briefing has been held since last Thursday.