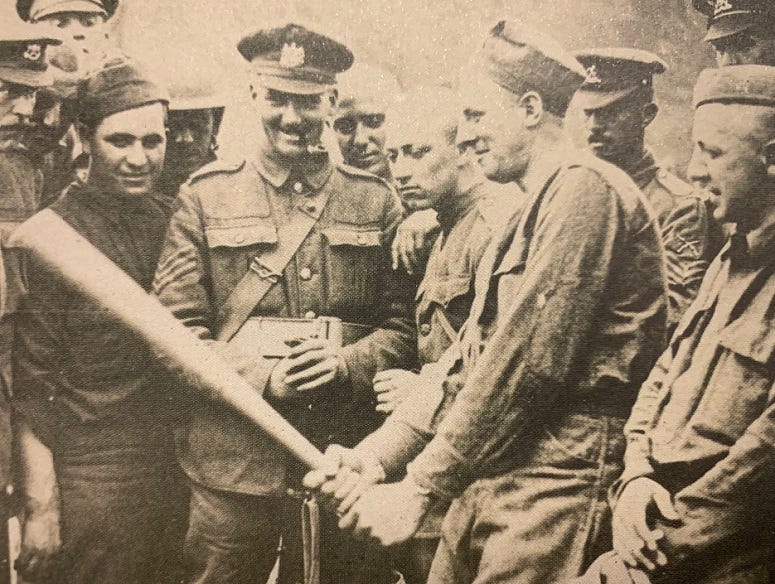 But the path to baseball stardom went through the battlefields of WWI, and along the way, some truly epic baseball games were played.

In addition to recalling the days when baseball was an official function of our military, it also includes some amazing historical photos.

Below: Eddie Grant, seen here in a Cincinnati Reds uniform, was the first and most prominent major league player to be killed in action.  After leaving pro baseball, Grant was an Army Infantry Captain in the 307th Infantry Regiment. 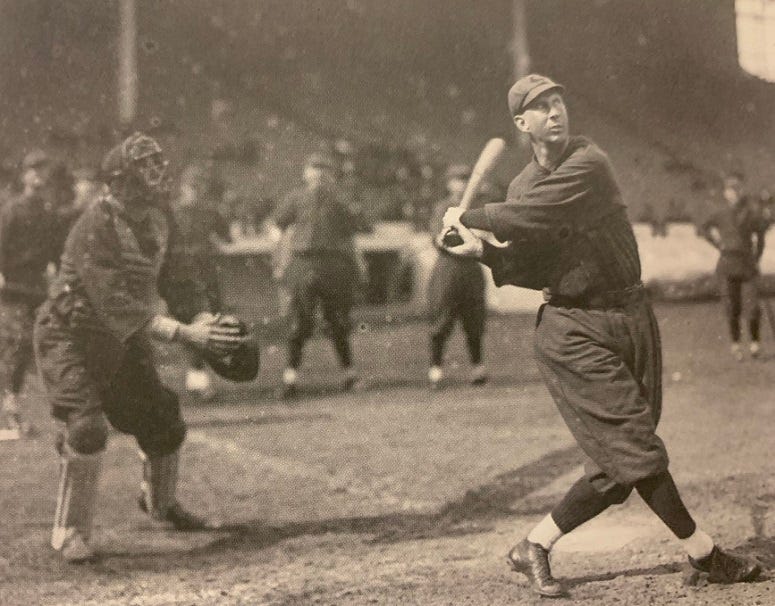 Also included in the book are dozens of photos and rare images from the WWI era. Below is a promotional poster for one of many songs created to salute America's pastime and support our military. Uncle Sam was incorporated into its promotional poster and is apparently a lefty, just like the greats, Ty Cobb and Babe Ruth.  Note the soldiers cheering in the background. 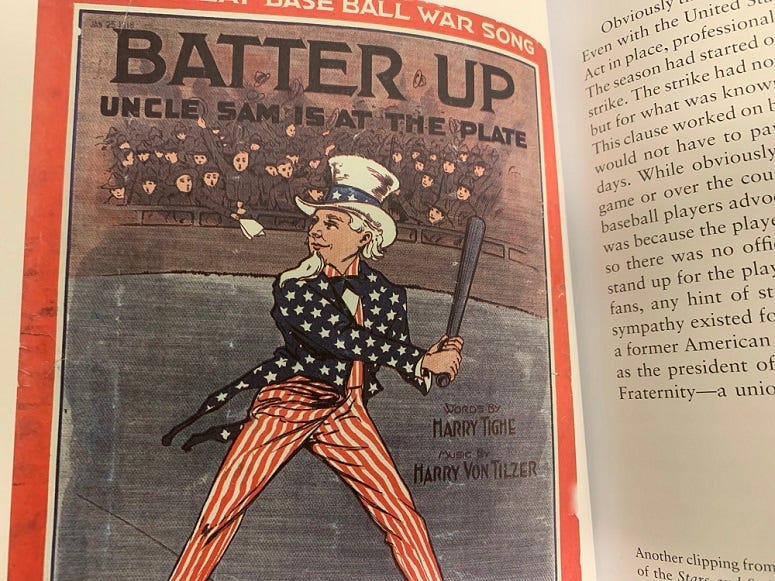 For more on the book, "Play Ball! Doughboys and Baseball during The Great War" click here 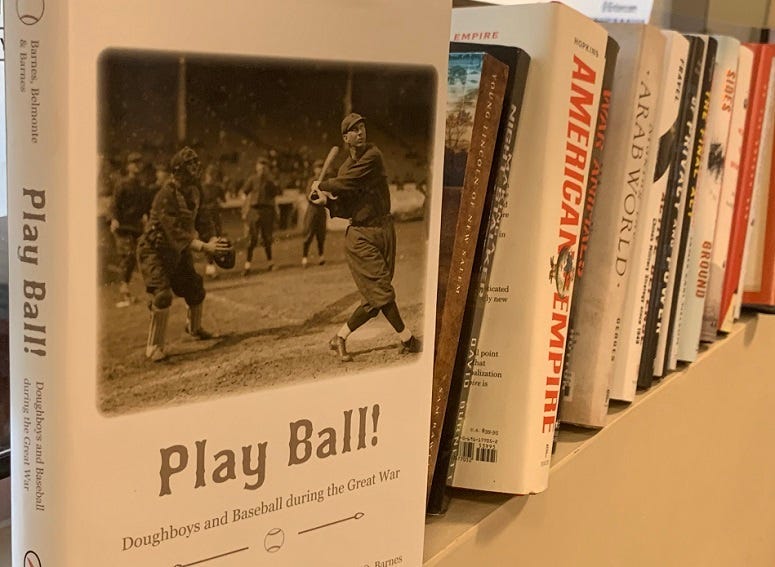