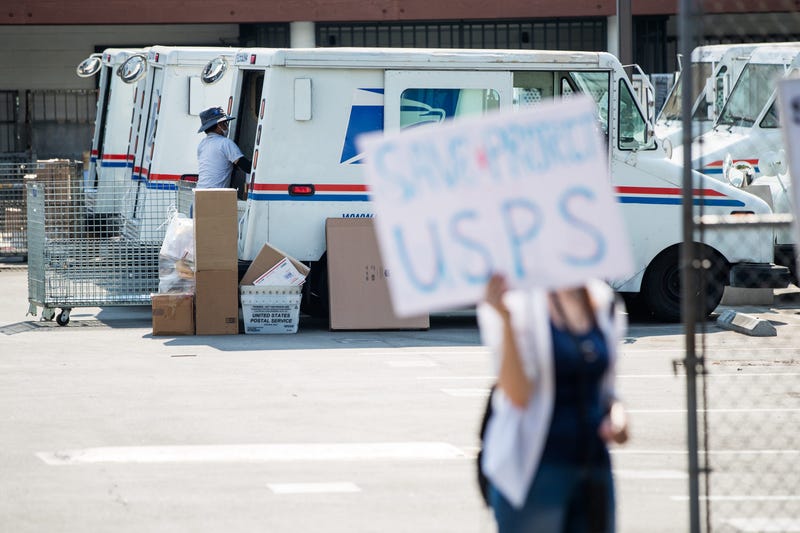 A Connecticut woman said her veteran brother’s cremated remains went missing for 12 days after she tried to mail them to her sister.

Jean Egan told news outlets on Aug. 21 that she had tried to mail the remains of Scott Egan to her sister in Maryland on Aug. 7, the Journal Inquirer reported.

Egan told the Connecticut Post that she mailed the package with two-day expedited shipping and noted their contents on the outside of the package. A week later, they still were not delivered.

Speaking before a group of reporters with U.S. Sen. Richard Blumenthal, D-Conn., in Suffield Friday, Egan said her brother was “missing in action” inside the postal service due to budget cuts, and that Postmaster General Louis DeJoy had been “derelict” in his duty to the American people and military families.

Remains of Vietnam veteran found after getting lost in the mail

In a tweet, Blumenthal said Egan’s remains were lost for 12 days “due to the delays & disruptions from Postmaster General’s cutbacks & downsizing,” the latest broadside against the embattled federal agency that has faced criticism for service delays ahead of the November elections.

Due to the delays & disruptions from Postmaster General’s cutbacks & downsizing, the USPS unacceptably lost the cremains of veteran Scott Egan for 12 days. Today, I joined his family to demand answers & an apology from DeJoy. pic.twitter.com/rbindzOqTH

In his tweet, Blumental called on DeJoy to apologize to the Egan family and offer an explanation for the delay.

“There was misdirection given at the point of mailing and we are working with our personnel around the state to, again, raise awareness in proper procedures for handling cremated remains,” Maureen Marion, a spokeswoman for the postal service’s New England region, told the Connecticut Post.

“By conducting cutbacks & downsizing, DeJoy is sabotaging our mail with damaging, debilitating delays,” the tweet reads.

Egan said her brother died in a Veterans Administration hospital in Virginia. He served in the military from 1973 to 1988 and has a son currently serving in the U.S. Navy.

Scott and Jean Egan’s father served during the second world war, she said.

Egan contacted Blumenthal and U.S. Sen. Chris Murphy after entering the tracking number for the package on the day it was supposed to have been delivered and realizing it had first been scanned into the system that same day — five days after she dropped it off, the Connecticut Post reported.

The package sat in a U.S. Postal Service facility in Springfield until it was found, according to the Journal Inquirer.

“Some 12 days after those remains were sent they were delivered by a postal worker who drove for two hours each way...without overtime to deliver those remains to Jean’s sister,” Blumenthal said Friday.