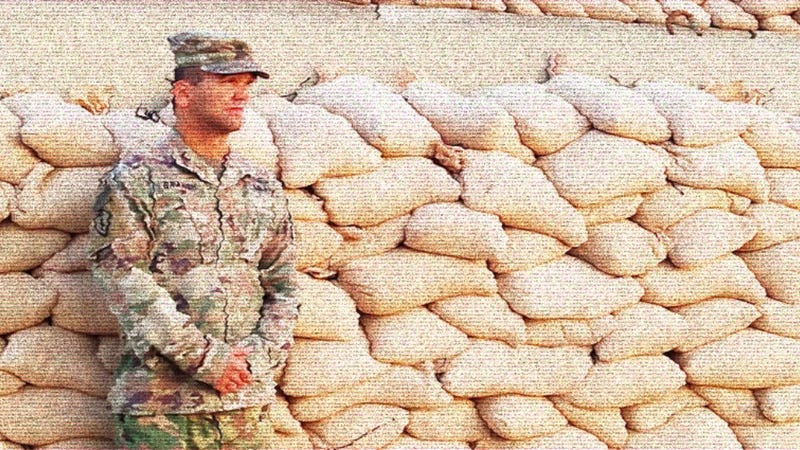 An Army review board has shot down Staff Sgt. Ricardo Branch's last-ditch effort to appeal the military's decision to kick him out of the Army, just two years shy of retirement. It is the latest in a bizarre sequence of events in which the Army has gone far out of its way to screw a soldier for doing his job.

The trouble stems from an email that Branch sent in 2012 over an unclassified Army email system, warning his superiors about a potential breach of operational security. While working as a public affairs officer for the Army's famed 160th Special Operations Aviation Regiment (SOAR), Branch was tasked with reviewing an article being written by Boeing, in which he warned his superiors that the author named 160th as being involved in the 2012 raid which killed Osama Bin Laden.

While the correction was made to the article, Branch's boss gave him a bad Non-Commissioned Officer Evaluation Report (NCOER) under the premise that Branch's unclassified email was the real OPSEC violation. That bad NCOER stuck and Branch was then caught up in the Qualitative Management Program (QMP) which discharged him from the Army. Branch and his family were heartbroken, but several years later he decided to see if he could rejoin the military. In fact, he was, and immediately re-enlisted. It seemed for a time, that Branch's saga with Army bureaucracy was over.

While assigned to an air defense unit in 2018, Branch was informed that his service record was inaccurate, and that he never should have been allowed to rejoin the Army. Now the Army was kicking him out for what they called a "fraudulent enlistment." Branch has made every appeal possible, former co-workers at 160th spoke out in his favor at his appeal board, additional paperwork was submitted and received which factually demonstrates that the information in Branch's original email that started the issue was in fact declassified, and President Obama and many others spoke about it publicly.

This information was included in paperwork submitted and received by the appeals board, but according to Branch, they declined to review it and instead focused on older paperwork from years prior. Emails viewed by Connecting Vets confirm that the Army received these additional documents, which clearly demonstrate that the information Branch put into an email were in the public domain.

Branch now has one final appeal to his Commanding General, but feels that this is a Hail Mary at best.