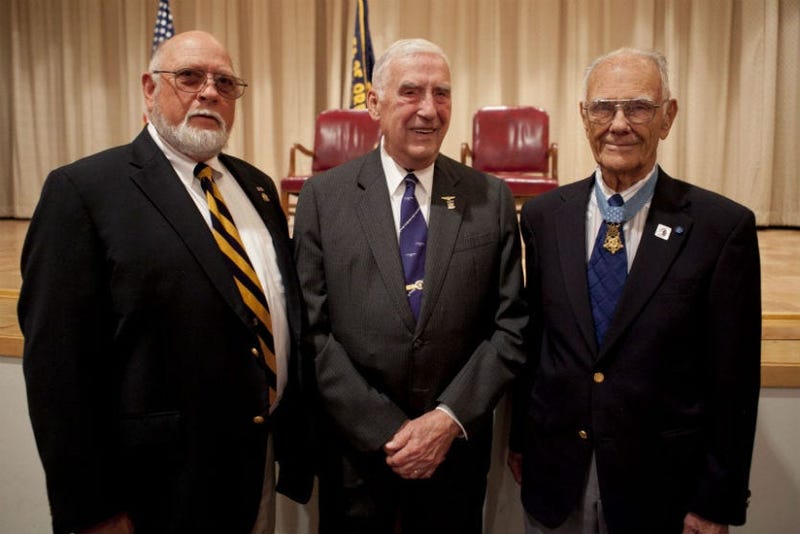 Robert Dale Maxwell, a U.S. Army veteran who received the Medal of Honor for his service during World War II for saving the lives of his fellow soldiers, died Saturday. He was 98.

Maxwell was drafted into the Army in 1942 and served in North Africa and the Allied invasion of Sicily as a communications technician, per KTVZ News. He suffered serious injuries in combat during 1944 when he threw himself on top of a grenade to save the lives of his comrades.

At the time of his death, Maxwell was the oldest living Medal of Honor recipient. For his service, he was also awarded two Silver Stars, two Purple Hearts, a Bronze Star, the French Croix de Guerre, and the Legion d’honneur.

While serving with the 3rd Infantry Division near Besancon, France on Sept. 7, 1944, Maxwell and three other soldiers defended the battalion observation post against an overwhelming onslaught by enemy infantrymen, according to the Congressional Medal of Honor Foundation.

During the battle, Maxwell fought off the advancing enemy while inspiring his comrades with his calmness, tenacity, and fortitude. When an enemy hand grenade was thrown at the soldiers, Maxwell used a blanket to smother the grenade and hurled himself atop it to absorb the explosion’s full force. He was severely wounded, but his action was credited with saving the lives of several U.S. soldiers. 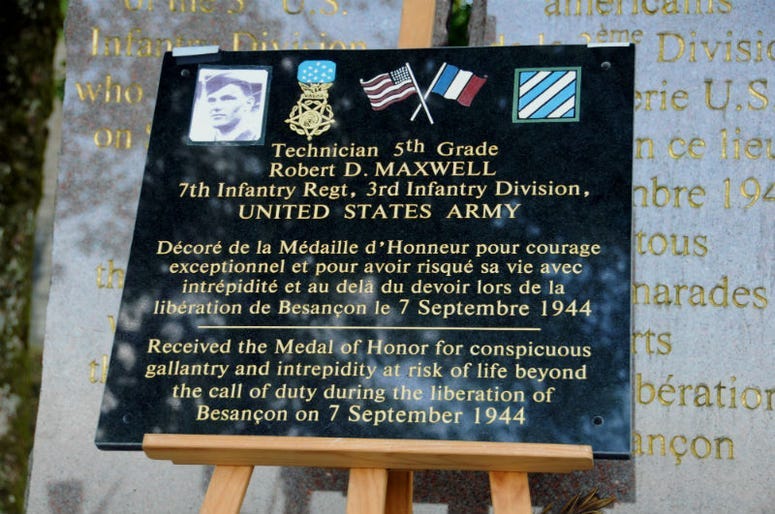 For his gallantry and bravery in action, he was awarded the nation's highest military decoration.

“I’m not wearing the medal for any personal deeds," Maxwell once said. "I’m wearing it because it represents all the casualties that we had in the war. It represents those that were killed defending their country and of the ideals that they believed in.”

After the war, he used the GI Bill to be certified in automotive technology and taught auto repair classes in Oregon. Maxwell was remembered as speaking modestly about his actions in battles.

“I’m just a little toad in a big puddle,” Maxwell said in 2017 per KTVZ. "But there’s a lot of people doing a lot of good things, and we try to encourage them all that we can.”

Rep. Greg Walden (R-Ore.), a friend of Maxwell's, said his legacy will live on.

"For those who had the pleasure of knowing Bob, they know that his bravery and heroism were only matched by his kindness, warmth, and sense of humor,” Walden said in a statement. “Bob’s legacy will live on in the hearts and minds of everyone he interacted with and will forever be cherished in the country that he sacrificed so much to protect.”