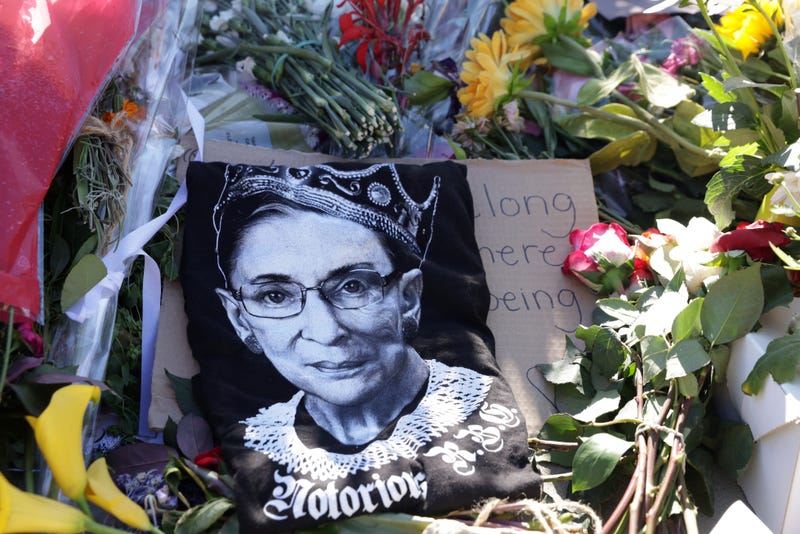 Ginsburg, 87, died Sept.18 surrounded by her family at her home in Washington, D.C., due to complications of metastatic pancreas cancer, according to a release from the Supreme Court.

“Our nation has lost a jurist of historic stature. We at the Supreme Court have lost a cherished colleague,” said Chief Justice John Roberts. “Today we mourn, but with confidence that future generations will remember Ruth Bader Ginsburg as we knew her -- a tireless and resolute champion of justice.”

The wife of an Army veteran buried at the cemetery, Ginsburg is eligible for burial at the cemetery. Ginsburg’s husband, Martin died in 2010, according to the Atlanta Journal-Constitution.

Born in Brooklyn, New York on March 15, 1933, she married her husband in 1954. She received her B.A. from Cornell University, attended Harvard Law School, and received her LL.B. from Columbia Law School, according to the Supreme Court release.

Instrumental in launching the Women’s Rights Project of the American Civil Liberties Union, she served as the ACLU’s general counsel from 1973–1980, and on the National Board of Directors from 1974–1980. Ginsburg was appointed a judge of the United States Court of Appeals for the District of Columbia Circuit in 1980.

While on the Supreme Court, Ginsburg authored My Own Words in 2016, a compilation of her speeches and writings.