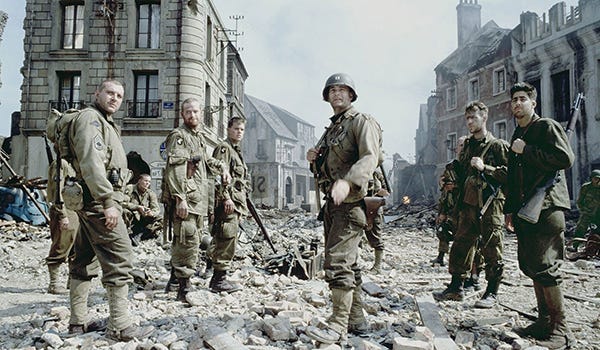 Steven Spielberg's "Saving Private Ryan" is returning to theaters in honor of the 75th anniversary of D-Day.

The anniversary event, hosted by Fathom Events, will include showings at 600 cinemas nationwide on June 2nd and 5th at 3 p.m. and 7 p.m.

The 1998 film starring Tom Hanks, Edward Burns, Matt Damon, and Tom Sizemore was the highest-grossing film of its year. Today, it is considered one of the greatest WWII films ever created. In 1998, it won awards for best directing, best cinematography, best film editing, best sound, and best sound effects editing.

Click here to find a D-Day anniversary showing near you.