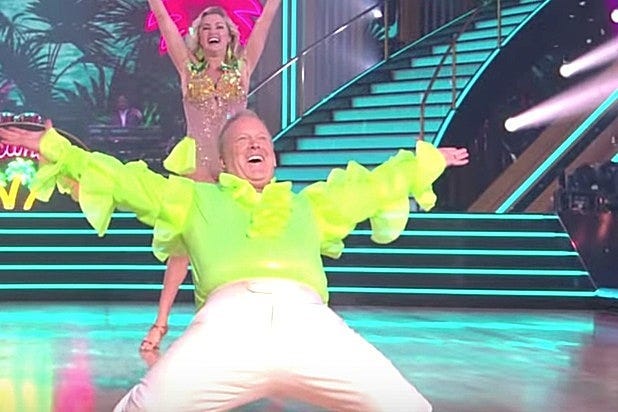 Navy veteran Sean Spicer proved he’s got some moves when he served as President Donald Trump’s press secretary from January to July of 2017.

He’s now using his abilities to support veterans’ causes while competing on ABC’s Dancing with the Stars.

“When you’re being told you’ve got to get off that dance floor in a minute 51 seconds, you can’t sort of hide in a corner,” he said. “You’re not hiding behind a podium and saying `I’ll get back to you ‘on that.”

On the program, celebrities like Spicer perform choreographed dance routines that are judged by a panel of ballroom experts and voted on by the audience. Spicer is partnered with dancer Lindsay Arnold. The duo calls themselves "TeamSweetNSpicey."

During the season premiere, Spicer wore a flamboyant neon green ruffled shirt that is currently being auctioned off to raise money for the Yellow Ribbon Fund and the Independence Fund, which supports veteran caregivers and provides track wheelchairs at no charge to veterans. In addition, 100 percent of the merchandise sales from spicerarnold.com benefit both organizations.

“We’re trying to make this experience bigger than ourselves,” he said. 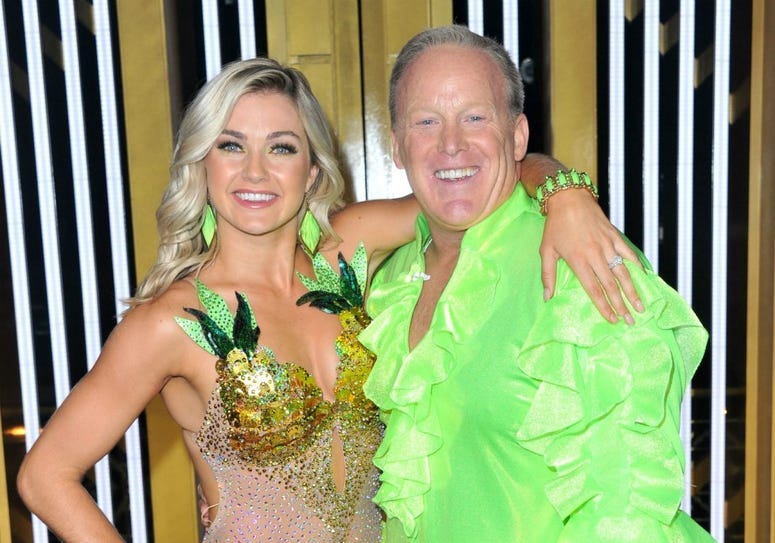 Spicer said he’s always had a heart for the military and military service. His great-grandfather William served on the USS Marblehead and was a Medal of Honor recipient. Growing up, Spicer said he wanted to serve, but family obligations prevented him from joining the Navy until he was 29.

Spicer received his naval commission 20 years ago and is a captain in the naval reserve, serving as a public affairs officer.

“There’s always been something (about military service) in the family DNA,’ he said.

Spicer said in political campaigns there is often the sense of “us” versus “them.”

“When you’re serving in the Navy, Marine Corps, Army, Air Force, Coast Guard, you have this sense of being and serving something greater than yourself,” he said. “It adds a lot of value to your life that I didn't fully appreciate at the time.”

Spicer said serving in the Navy is a blast.

“I’ve been able to see and do things and more importantly meet people who’ve made my life a better place,” he said. “There’s this bond that’s unbreakable among those who serve together.”

To help TeamSweetNSpicey take home the champion’s mirror ball on DWTS, watch the pair at 8 p.m. Eastern Standard Time on Monday nights and vote by texting "Sean" to 21525. You can submit up to 10 votes.

At 47, former Trump chief of staff is newest Navy ensign