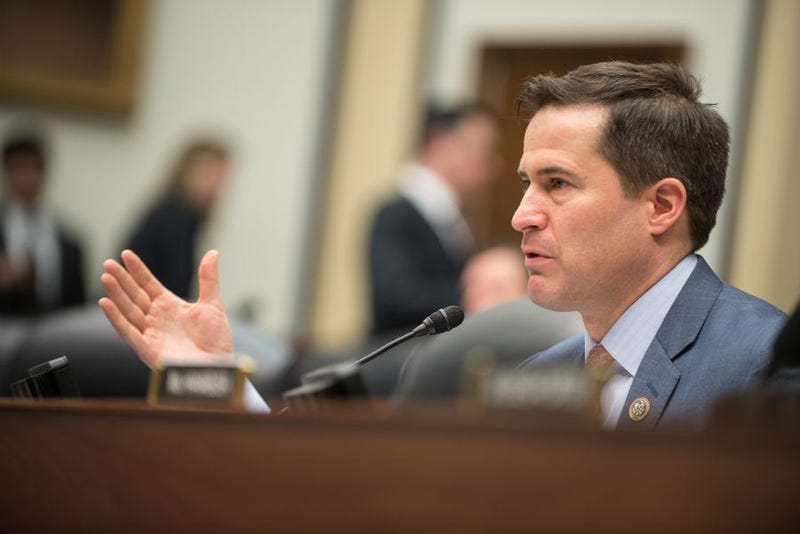 “I’m running because I’m a patriot, because I believe in this country, and because I’ve never wanted to sit on the sidelines when it comes to serving it,” Moulton said in an interview Monday on “Good Morning America.”

"That is why I joined that Marines, it is why I ran for Congress to try to prevent what I saw got us into Iraq from happening again, and it is why I am running to take on the most divisive president in American history to bring this country back together."

Moulton, 40, joined the Marines after graduating from Harvard with a degree in physics in 2001. He was part of the invasion of Iraq and commanded a platoon in the first company of Marines into Baghdad and served three additional tours there before leaving the Marine Corps in 2008. He then returned to Harvard to earn a joint master's degree in business and public policy. Moulton was first elected to Congress in 2014 and represents Massachusetts' sixth congressional district.

In a campaign video posted before his interview with ABC, Moulton touted his military service, during which he served multiple tours in Iraq as an infantry officer, where he earned a Bronze Star and the Navy and Marine Corps Commendation medal for valor. He later became an aide to General David Petraeus, the top U.S. commander in Iraq at the time, during the troop surge.

"I realized a lot of Americans are feeling betrayed by Washington, the same way we did in Iraq,” Moulton said in the video. “Ask anyone who’s lost their job to a changing economy or a child to opioids or has to choose between heat and food in the winter, they’re feeling forgotten.”

In the same video, Moulton repeated his criticism for the Iraq War.

"Even in a war I disagreed with, there's nothing I'm more proud of than being a grunt, being on the ground serving with those Marines," Moulton said. "But it turned out the war was based on a lie about Saddam's weapons of mass destruction. And we lost great, brave Americans."

He joins Rep. Tulsi Gabbard (D-Hawaii), South Bend, Mayor Pete Buttigieg, and former U.S. Senator from Alaska Mike Gravel, who served in the Army from 1951-1954, as 2020 presidential hopefuls with military backgrounds. West Virginia State Sen. Richard Ojeda has withdrawn from the race after announcing his candidacy in November.

A member of the House Armed Services Committee, Moulton's campaign will focus on national security issues, veterans issues and he will run his campaign “through VFW halls," he told The Atlantic. The Washington Post reported Moulton "held multiple roundtables with veterans as he explored his 2020 bid" and "has called for modernizing America’s military posture by prioritizing cyber and autonomous weapons instead of large military equipment."

With that in mind, Moulton's campaign has hired Scott Eshom, a Green Beret with the Army's 5th Special Forces Group, as the campaign's veterans organizer.

Moulton is most well known in Washington for championing veterans issues and an unsuccessful attempt to oust Speaker Nancy Pelosi from her Democratic leadership position.