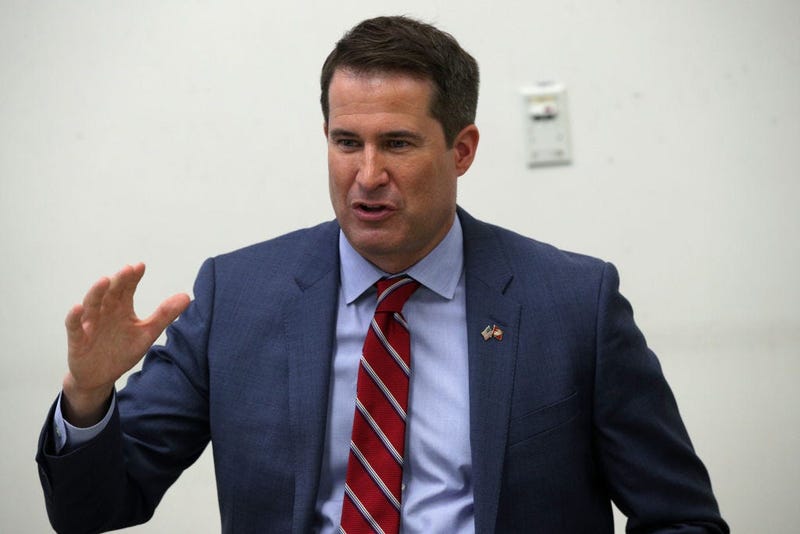 A U.S. Congressman told service members to “look very closely at” every order they receive from the president and scrutinize whether or not they are “lawful orders.”

Rep. Seth Moulton, D-Mass., a former Democratic presidential candidate and a Marine who served in Iraq and was awarded a Bronze Star, made the comments during a speech at the Atlantic Council on Thursday. His speech came hours before a House vote to curb the president’s war powers, specifically in relation to Iran.

“I do not mourn for this man who is directly responsible for some 600 American deaths in Iraq -- a few of whom were my friends,” Moulton said of the United States’ killing of Iran Gen. Qasem Soleimani last week. “But this is not that simple. It was telling, that of every one of my fellow veterans who texted me that night -- the night he was killed -- of all of those texts, not one celebrated his death -- though they too, I’m sure, would much rather him dead than alive. What they said, ‘What the hell are we doing’ and ‘Is there a plan for what comes next?’ Sadly, as I told them that night, I’ve seen no evidence that there is.”

Moulton questioned the timing of the administration’s decision to kill Soleimani. Pentagon, State Department and White House officials, including the president, have all said Soleimani was orchestrating an “imminent” threat to U.S. service members.

“If there is intelligence that shows this strike prevented a new and imminent threat to Americans, I have yet to see it,” Moulton said. “I fought in a war a president started because of cooked and false intelligence; we cannot let this administration repeat that mistake.”

The Congressman encouraged military leaders themselves to question the legality of orders from the president.

“And for those members of our military in the chain of command, here in Washington and elsewhere -- look very carefully at every order given to you by this president,” he said. “It is our duty to make sure everything done in the name of the United States military is lawful, and that burden falls on us … We have an opportunity to call on our military officers around the world to bring new scrutiny to their sworn oath to obey lawful orders, and only lawful orders.”

The issue of lawful orders rose to the fore recently when Trump appeared to threaten sites in Iran, “some at a very high level and important to Iran and the Iranian culture” on Twitter.

The Geneva Convention Protocol I first signed in 1949 outlaws “any acts of hostility directed against the historic monuments, works of art or places of worship which constitute the cultural or spiritual heritage of peoples.”

U.S. federal law says violating either international convention would be considered a war crime and violators could be subject to prison time, or even a death sentence.

Defense Secretary Mark Esper said Tuesday that he was “fully confident that the president, the commander in chief, will not give us an illegal order,” when asked if he would resign rather than violate international law by striking Iranian cultural sites on Trump’s orders.

“As I said, the United States military will, as it always has, obey the laws of armed conflict,” Esper said.

Also on Tuesday, Trump appeared to walk back his earlier Twitter comments about striking those sites.

“If that’s what the law is, I like to obey the law,” the president said from the Oval Office. “But think of it -- they kill our people. They blow up our people and then we have to be very gentle with their cultural institutions. But I’m OK with it. It’s OK with me.”

War over war powers in the US: White House, Congress set to square off.

How do the draft, recall to duty and stop-loss work?