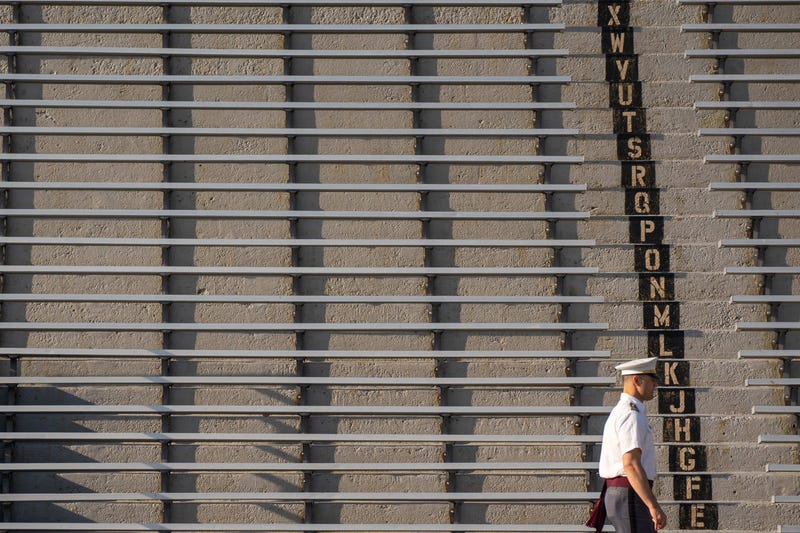 For the fourth consecutive year, the number of reports of sexual assaults at the military academies increased.

According to the Annual Report on Sexual Harassment and Violence at the Military Service Academies released by the Department of Defense today, there were 149 reports of sexual assault involving a cadet or midshipman during academic year 2018-2019. During AY 2017-2018, there were 117 reports.

"The Department recognizes the challenge of combatting sexual assault in the Military Service Academies and the high cost of not succeeding," Dr. Elizabeth Van Winkle, executive director of the Office of Force Resiliency said in a statement.

From 2012 to 2014, the military academies saw considerable progress in the reduction of sexual assault rates — but since 2014, the rates of both reports of sexual harassment and the prevalence of unwanted sexual contact have increased.

This means that the Department of Defense only ever has access to a portion of the information regarding sexual assault at the academies for any given academic year. This year's report also acknowledged this and cautioned against interpreting this year's data without the additional information on prevalence rates.

"After a decade-plus of concerted efforts to address sexual harassment and assault, the problem has only gotten worse," Rep. Jackie Speier (D-Calif.) said during a House Armed Services Committee hearing held last year after the 47 percent increase was announced. “This isn’t a blip, a #MeToo bump, or some accident. It’s a clear illustration of a destructive trend and systemic problem.”

Sexual assault at service academies: 'This isn’t a blip, a #MeToo bump, or some accident'

This year's report, while not conducted anonymously, did utilize focus groups in order to assess the effectiveness of reporting processes and procedures at the academies. Focus group participants said that academy leaders made efforts to address sexual harassment and sexual assault, communicating that it had "no place at the academies and in the military."

However, student participants from the focus groups still noted a "stereotypical male culture" which requires females to "fit in" with the "boy's club." They also communicated that students often do not report sexual harassment because of "perceived social repercussions."

Winkle cited "progress we have made in some areas" but also acknowledged that the job is far from complete.

"Our Academies produce our future leaders. At every turn, we must drive out misconduct in place of good order and discipline. Our data last year, and the findings from this years' report, reflect the progress we have made in some areas, and the significant work that remains," Winkle said. "We will not falter in our efforts to eliminate these behaviors from our Academies and to inculcate our expectation that all who serve are treated, and treat others, with dignity and respect."

"While the Department holds itself, and the academies, to a higher standard of behavior based on its critical mission, research suggests that the increase in sexual assault prevalence reflects a trend observed at colleges and universities nationwide," the report reads.

"We are encouraged that more cadets and midshipmen made reports of sexual assault this year," said Dr. Nate Galbreath, Acting Director of the DoD Sexual Assault Prevention and Response Program.  "Our program empowers those who experience sexual assault to connect with restorative care.  Greater reporting by Service members has been a priority for the Department since the creation of the Sexual Assault Prevention and Response program in 2005."