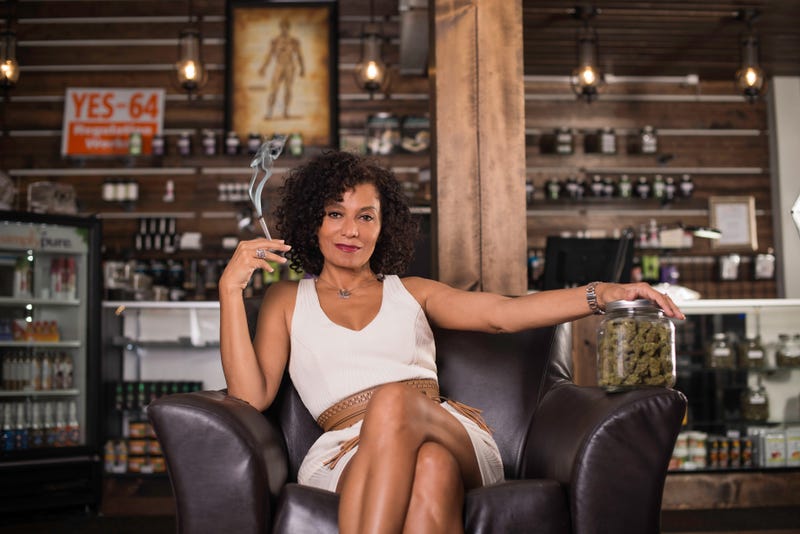 Before Wanda James was the founder of Simply Pure, the first legally licensed African American and veteran-owned cannabis dispensary in Denver, Colo., she worked on former President Barack Obama’s national finance committee. But long before her work in politics, she was an Integrated Undersea Surveillance System officer in the U.S. Navy.

As an Air Force brat, James knew the military lifestyle. She spent her youth living in Colorado, Germany, and England. Along with her time living overseas,  it was also some of her personal values that encouraged her to go through the Reserve Officer Training Corps (R.O.T.C) program at the University of Colorado and receive her commission.

“Being outspoken, standing up for people is probably why I joined the military,” said James.

(Photo courtesy of Wanda James)
“It’s probably the reason, you know public affairs or press work has always been important to me. Telling the truth or telling the story of what has happened has always been kind of what I’ve done.”

While being outspoken drew her into service, it consequently was the same reason she decided to get out. From then on, her journey became as James calls it, “a series of happen-stances.”

From leaving the Navy to running for Congress in Los Angeles, James eventually found herself knee-deep in the political space working for Obama. After his term ended, James and her husband, a restaurant owner and Marine Corps veteran, thought the time to begin their joint entrepreneurial pursuit was now or never.

“We knew he (Obama) was going to do his best to end cannabis prohibition and we decided at that point to open up a dispensary and put a black face on a dispensary,” said James. “Then, when you tell people you’re a military vet, they feel better about what it is that you’re doing. Somehow or another, there still is a lot of faith put in the military and what they’re doing and the idea that they must be doing the right thing because we’re military vets.”

That pursuit resulted in the creation of Simply Pure. But getting into the cannabis industry was never solely about selling a product.

According to the ACLU, African Americans are 3.73 times more likely than whites to be arrested for marijuana possession. James knows first-hand the penalties of this type of racial disparity. In the beginning stages of starting her business, she discovered her younger brother received a felony conviction at 17 for possession and was subsequently sentenced to 10 years in prison.

“We had been speaking publicly about social justice surrounding cannabis … we had been fighting for vets to have access to cannabis for PTSD and now we are fighting for TBI and CTE to be able to use CBD with THC.” 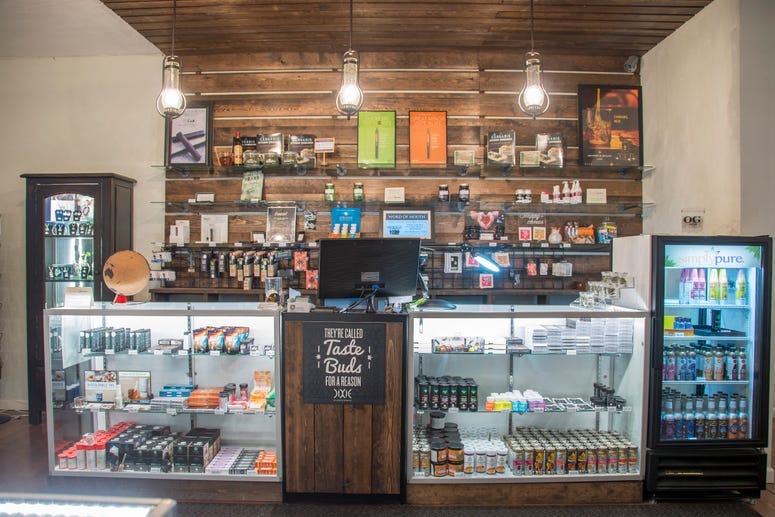 James envisions a world where the Veterans Health Administration and the Department of Defense can truly take a look at the possibility of how cannabis can help military members. Her perspective of military culture is one that heavily involves alcohol and for that reason, she doesn’t understand why so many people look down on cannabis.

“Back in 1989, in the officer’s club in Bermuda, for 75 cents I could get all top-shelf alcohol,” said James. “Being able to drink with the Marines and the Harrier pilots when they landed on the island, if you could still be standing toe to toe and still be standing by the end of the night, you earned your stripes.”

In order to help change attitudes about cannabis, she educates others on its effects and is intentional in her verbiage — rather than saying “high” or “stoned,” she uses the term “elevated.”

“What’s really important I think is to help normalize cannabis use amongst professional people because I’m very open about my cannabis use on a recreational level … They liken it to being on an LSD trip, that you’re seeing colors, the walls are melting, you’re seeing pink elephants fly by,” said James. “I wanted to change that connotation for people that don’t consume ... when I consume cannabis, I’m just hyper-focused.”

With Simply Pure, not only does James serve the greater Denver area and beyond, she wants to change the environment around the cannabis industry. Whether it’s social justice, sustainability, or post-traumatic stress, this veteran entrepreneur's “smart activism” could change the way people think about weed.