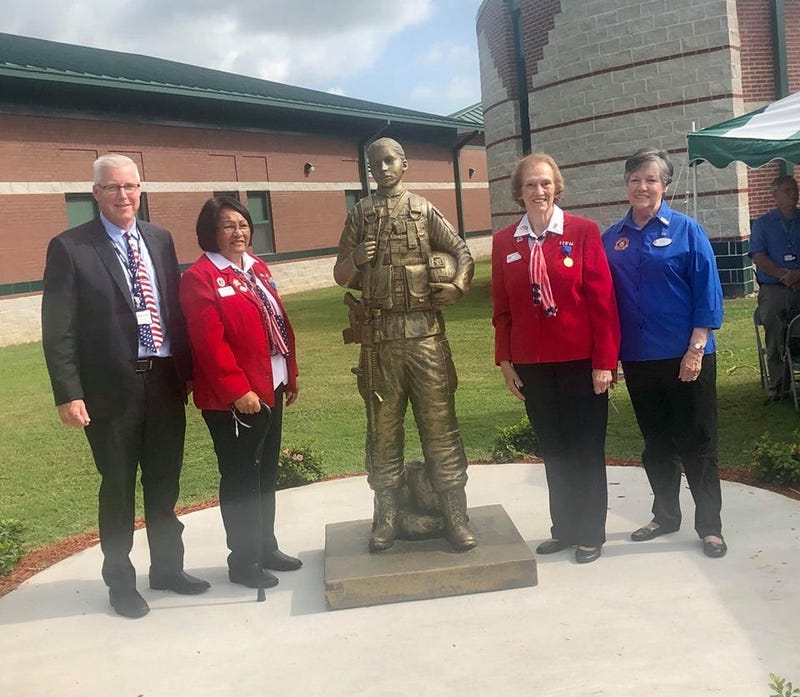 Irma Boulet Darphin couldn’t take her eyes off a statue honoring women veterans after it was unveiled Thursday at the Southwest Louisiana Veterans Home in Jennings, Louisiana.

“The statue is beautiful,” Darphin, who served as an Army nurse during World War II, told the American Press.

“It means they realize that ladies were in the Army also and that it took ladies and men to do what needed to be done,” she said.

It took three years for the Lewis-Gill-Lee VFW Post 7321’s Ladies Auxiliary to raise $5,000 to cover the cost of the statute’s purchase, Deborah Woolridge, told the American Press.

Woolridge is the senior vice president of ancillary benefits at the veterans home and past president of the auxiliary. 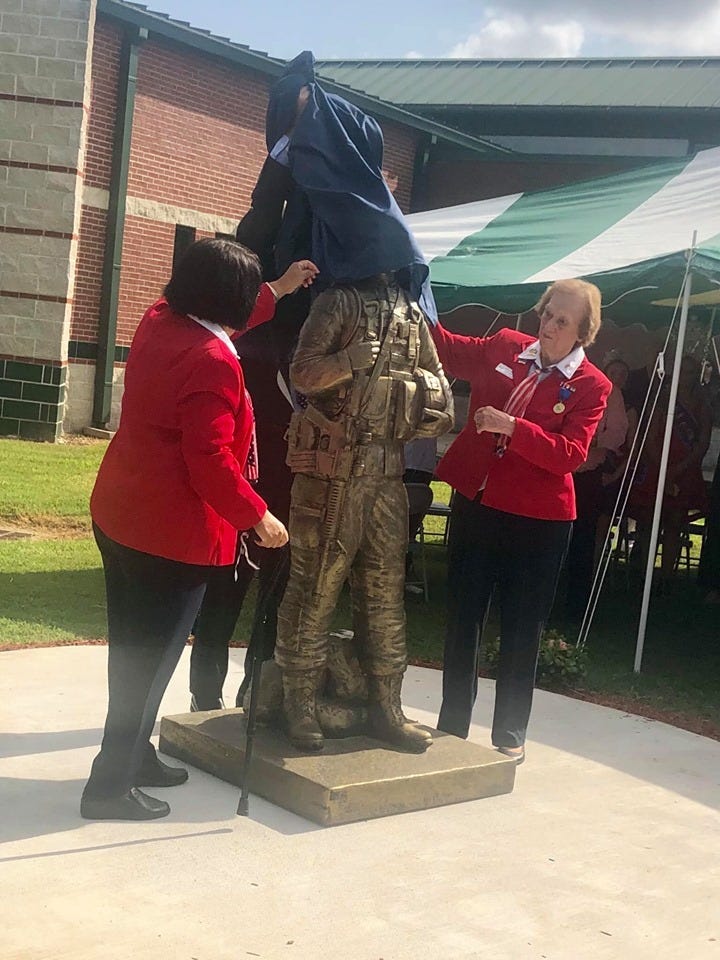 “We sold dinners, hosted a poppy drive, held raffles and all the money raised was for the good of our veterans,” she said. “To all female veterans, I salute them and thank them for their service for what they have given on behalf of this country.”

Darphin landed on Omaha Beach six weeks after D-Day. She spent two years with the 127th Army General Hospital Unit in Germany and France, according to the American Press.

“When we arrived, we were greeted by the people of France, who were really glad to see us,” she said.

Southwest Louisiana Veterans Home Administrator Matthew Duhon told the American Press that around 28,055 female veterans live in the state, making up 10 percent of its total population.

“This statue is a way for us to honor and recognize the impact women have had on and off the battlefield,” he said.

Anna Sanders, an Air Force veteran and president of Louisiana Women Veterans, told the American Press that women veterans should be recognized for their service and sacrifice in the same manner that male veterans are. 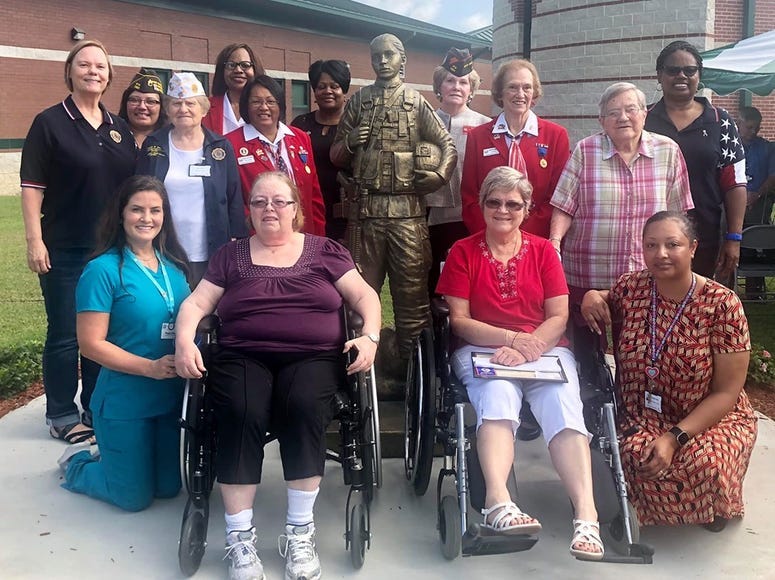 “Although our service as military women has ended, we still choose to serve in whatever way we can and we are proud to wear the title `women veteran.’”